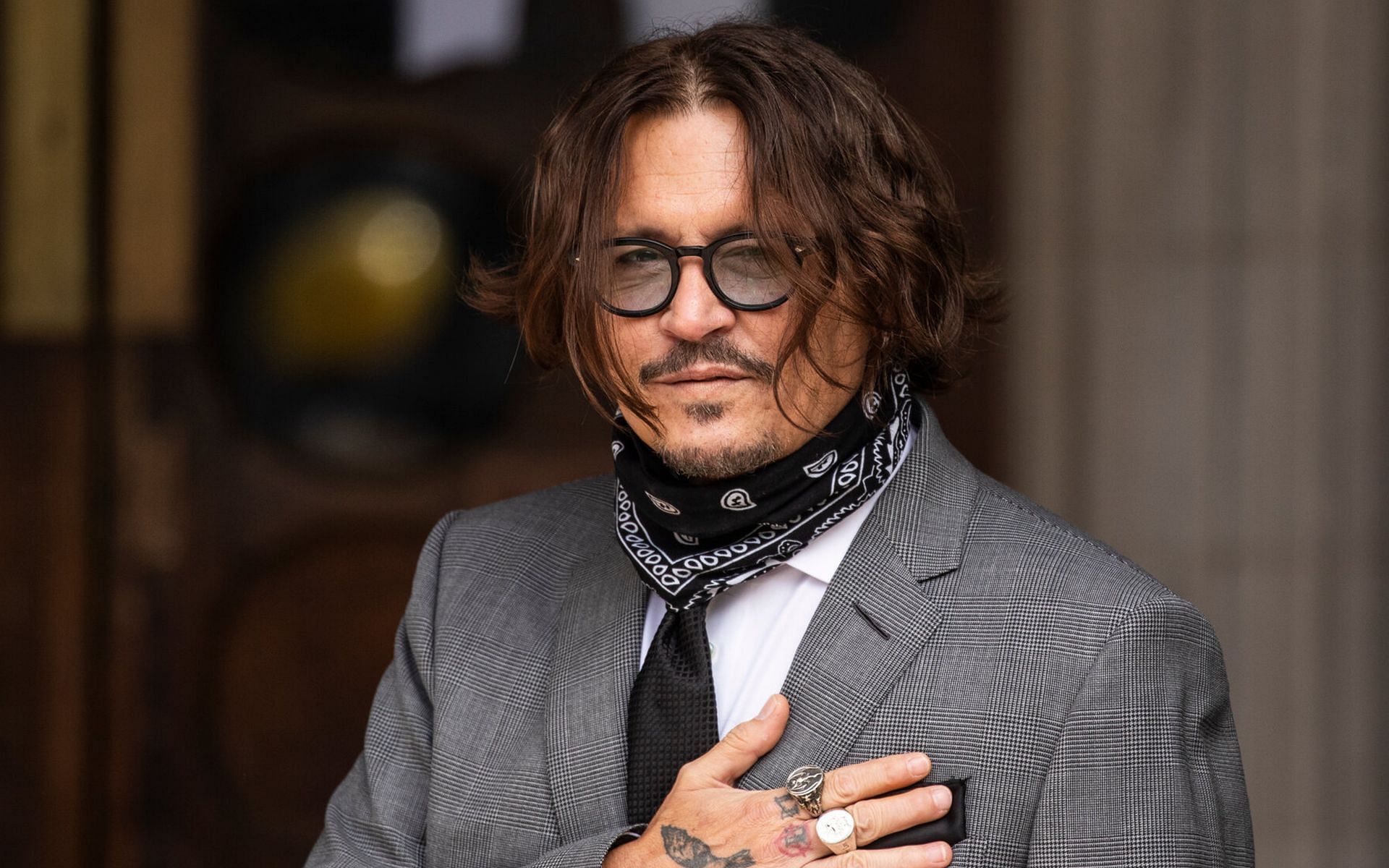 Johnny Depp vs Amber Heard’s trial finally ended on Wednesday, June 1, 2022, delivering the verdict in favor of the Pirates of the Caribbean actor.

The seven-member jury agreed with all three claims Depp made against Heard in his defamation lawsuit. The case was about the Aquaman actress’ 2018 op-ed, titled “I spoke up against sexual violence — and faced our culture’s wrath. That has to change,” which was featured in The Washington Post.

In his post-verdict statement that he posted on Instagram, Johnny Depp stated that people’s perception of him changed six years ago after the op-ed was published. But the final verdict has given his life back six years later. Fans reacted to his two-page statement.

“And the truth has set you free.”

“I hope that my quest to have the truth be told will have helped others, men or women, who have found themselves in my situation, and that those supporting them never give up. I also hope that the position will now return to innocent until proven guilty, both within the courts and in the media.”

Take a look at the fans’ and celebrities’ reactions here: 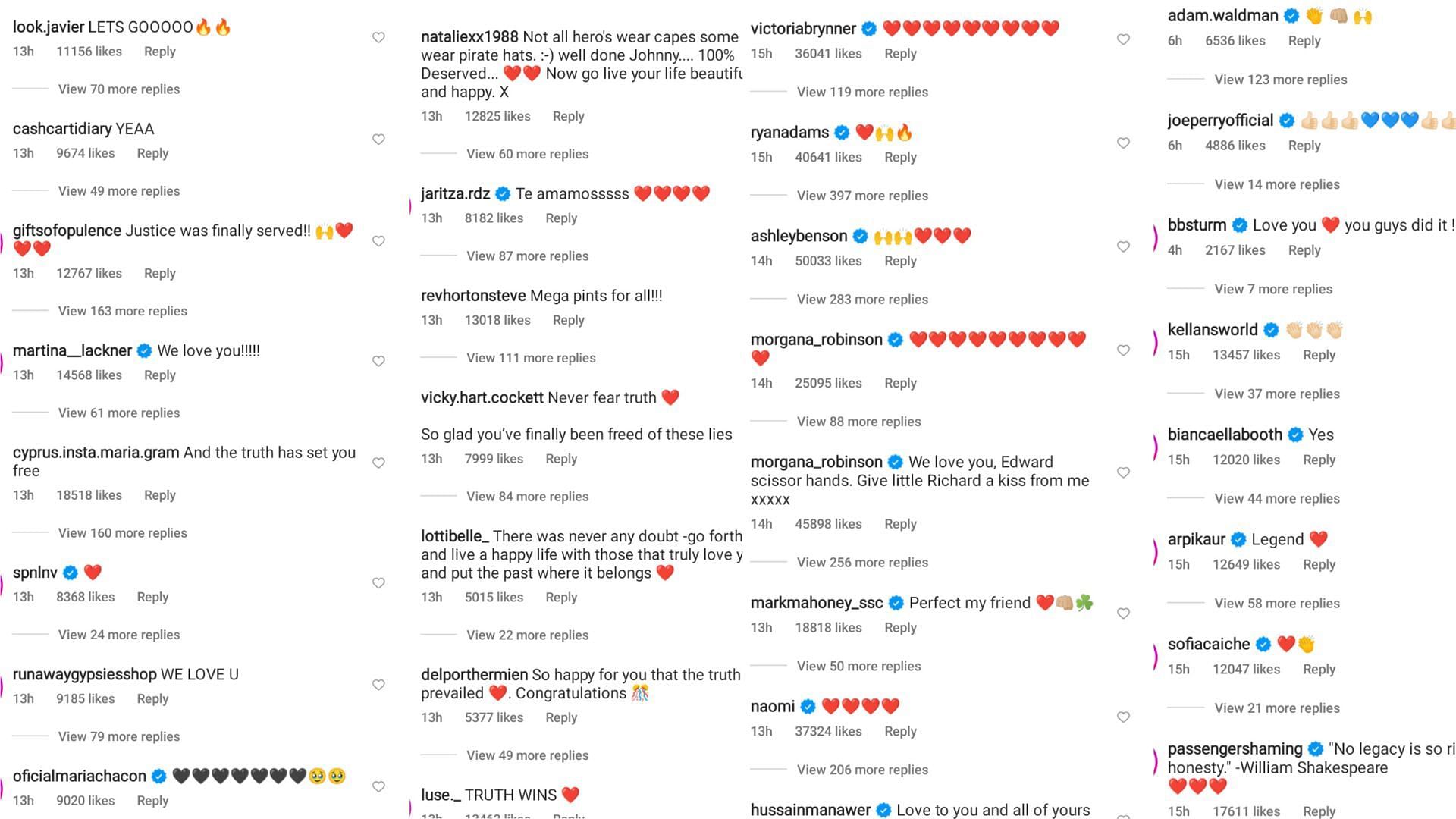 Apart from fans, his celebrity friends too showed their support by liking or commenting on the post.

Johnny Depp was awarded $15 million ($10 million in compensatory damages and $5 million in punitive damages) as he won all three of his counts against Amber Heard in the defamation case trial.

Heard lost her first and third counts of claims but won $2 million in compensatory damages for her second count, which was a counterclaim referring to Johnny Depp’s former attorney Adam Waldman. He had made defamatory comments on Heard’s claims.

The verdict was delivered by a seven-member jury in the presence of Judge Penney Azcarate at the Fairfax County Courthouse in Virginia on Wednesday, June 1, 2022. The trial commenced on April 11, 2022.

After the verdict, the Aquaman actress too posted a statement on her social media handle. In the statement, she mentioned:

“The disappointment I feel today is beyond words. I’m heartbroken that the mountain of evidence still was not enough to stand up to the disproportionate power, influence, and sway of my ex-husband.”

It further stated that the verdict became a “setback” for her and that she lost her right to Freedom of Speech. Apart from slamming Depp in her statement, she also called out his lawyer for ignoring “conclusive” evidence that helped her win the case in the UK.

Meanwhile, Depp’s lawyers, Camille Vasquez and Benjamin Chew, expressed their gratitude to the jury for listening to the actor’s side of the story.

Ruben Randall - February 26, 2022 0
Actor
Daniel Radcliffe has come a long way since his “Harry Potter” days.The 32-year-old actor was recently photographed on the set of the Roku...

We provide you with the latest breaking news and videos straight from the entertainment industry.
Contact us: [email protected]site.com