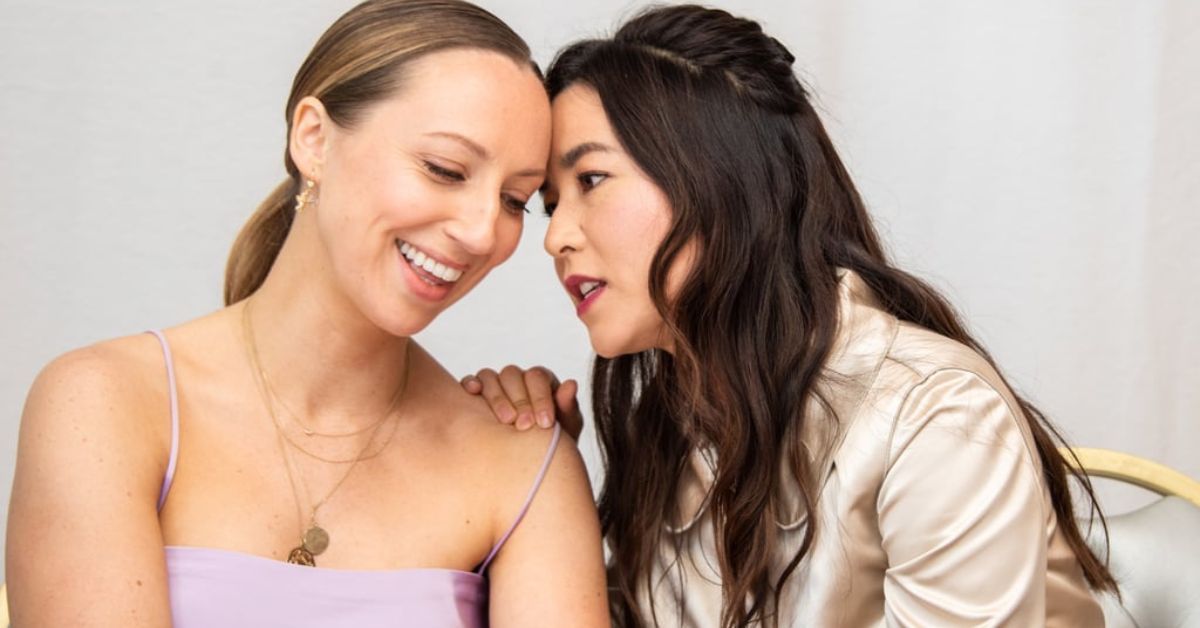 PEN15 is the acclaimed comedy series created by Maya Erskine and Anna Konkle. The show, which owes its existence at least in part to Andy Samberg, premiered in 2019, and ran for two seasons. The co-creators both star in the series, portraying fictionalized seventh-grade versions of themselves who also happen to be best friends.

RELATED: What Is Andy Samberg Working On Now That Brooklyn Nine-Nine Is Over?

Interestingly enough, Erskine and Konkle are best friends in real life, though the series of events that led to the creative duo becoming the good friends they are today are a tad different from their show. So, let’s explore the relationship between the real-life besties and maybe learn some cool facts about the show along the way, shall we?

8 Who Is Maya Erskine?

Maya Erskine was born in Los Angeles in 1987. Maya performed with the LA-based theater group The East-West Players in her early career. Erskine would go on to be featured in the 2019 comedy Wine Country, sharing the screen with SNL alums Maya Rudolph, Rachel Dratch, and Tina Fey. Erskine had been featured in a plethora of films and TV before and following PEN15, such as the FXX comedy series Man Seeking Woman, 2015’s Frankenstein, and post-PEN15 projects such as Big Mouth and the voice of Mercy Graves in the 2022 animated DC League of Super-Pets.

7 Who Is Anna Konkle?

Anna Konkle was born in Vermont; however, she was raised in Massachusetts from the age of 7. After her parent’s divorce (which would eventually be used as a PEN15’s storyline), Konkle would attend New York University Tisch School of the Arts. Starting with musical theater study, Konkle eventually transitioned to experimental theater. While not being featured in as many projects as Erskine, Konkle has been featured in such projects as the FXX comedy Man Seeking Woman, New Girl, Shameless, and Big Mouth. Konkle also has the distinction of being the recipient of prestigious entertainment awards and accolades, such as two Prime-time Emmys.

RELATED: Everything We Know About Andy Samberg’s Wife And Daughter

The protagonists of PEN15, the shy Maya Ishii-Peters and the easily persuaded Anna Kone are undoubtedly near and dear to the hearts of both Erskine and Konkle. This is, of course because the seventh-graders are based on the co-creators. According to scriptmag.com, Konkle discussed drawing inspiration from real life during an interview saying, “I would have moments right before a scene, sort of closing my eyes and picturing myself at 13, what I probably looked like to other people, and just kind of trying to assume the stance of not being as tall as I was.” Konkle would further add, “And one of my biggest insecurities was my stomach. And so, I’d always be trying to hide that, which I thought was effective, just covering it with my arm, but I’m sure it wasn’t. But those are the funny-sad things that interest me. As adults, we get better at effectively hiding the insecurity. And it’s very funny to me that you’re not good at it at that age (laughs) and you think you are.”

5 The Pair Met In College Abroad

Both Erskine and Konkle attended NYU’s Tisch School of the Arts before making their way to study in Amsterdam, where they would study in the theater arts program. It was in the land of decriminalized weed, tulips, and clogs that the future creators would meet for the first time. Unlike their seventh-grader counterparts, Erskine and Konkle met as young adults, but became just as close as the characters in the series. According to Vulture, the creative duo met through mutual friends with Konkle adding that the pair also happened to have diarrhea. If that can’t bring folks together, what can?

RELATED: These Are The Stars Of Woke On Hulu

4 Many Of PEN15’s Storylines Are Based On Real Events

Throughout the show’s two seasons, there are many cringe-worthy storylines that showcase the tweens during their formative middle school years. These stories are, for the most part, plucked right out of Erskine and Konkle’s real-life catalog of experiences. “I would say 70 percent to 80 percent. It all stems from something that has happened. The last season, it’s less so, but the first season was pretty autobiographical,” Erskine told deadline.com.

According to deadline.com, Erskine spoke about what she and Konkle were trying to accomplish with the series, “We hadn’t really seen an R-rated, honest portrayal of that time. That’s what we kept coming back to. Then, when we were in our 20s, that felt like a second adolescence. At the time we were conceiving it, we were so insecure. We would go to these parties and feel like we were back in middle school. It was this really odd time. I still feel that way sometimes. We were having an epiphany that, ‘Oh, this never leaves you.’ That 13-year-old self inside of you is always there. The first time you got embarrassed, the first time you felt heartbroken, that’s in you. It felt like the only thing we wanted to write about.”

2 The Pair Became Parents At The Same Time

Erskine and Konkle became parents for the first time in the same year. In 2021, Konkle welcomed her daughter, Essie, into the world with partner and TV writer Alex Anfanger. Later that year, Erskine gave birth to her son, Leon, with her partner, actor Michael Angarano. Being best friends is one thing, but becoming parents together is something special, indeed.

1 The Real Life Friends Reunited For A Sparkling Water Ad

After PEN15 ended, both Erskine and Konkle went on to continue their respective careers on separate trajectories. However, in April 2022, the pair would reunite for an AHA Sparkling Water commercial. According to People, the ladies were excited about the project, “It was really nice and interesting playing adults together. But it was weird not putting braces on before the scene. I remember being like, ‘My little buddy, where’s your bowl cut?'” Konkle said. Erskine would add, “It felt fun to just be us in a way.”