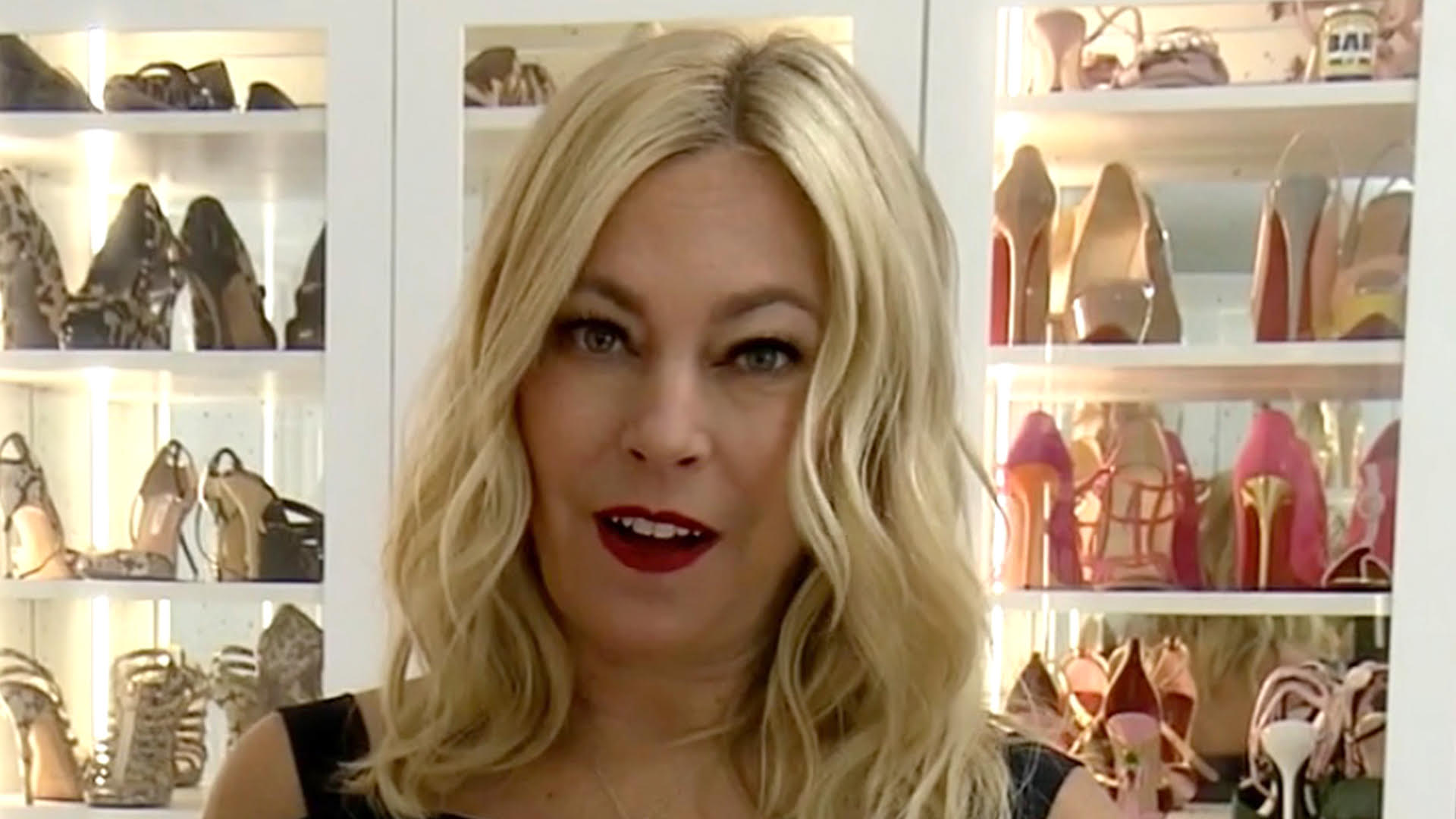 The star’s newly renovated home is anticipated to make its debut -alongside plenty of drama – as RHOBH Season 12 is airing on Bravo. 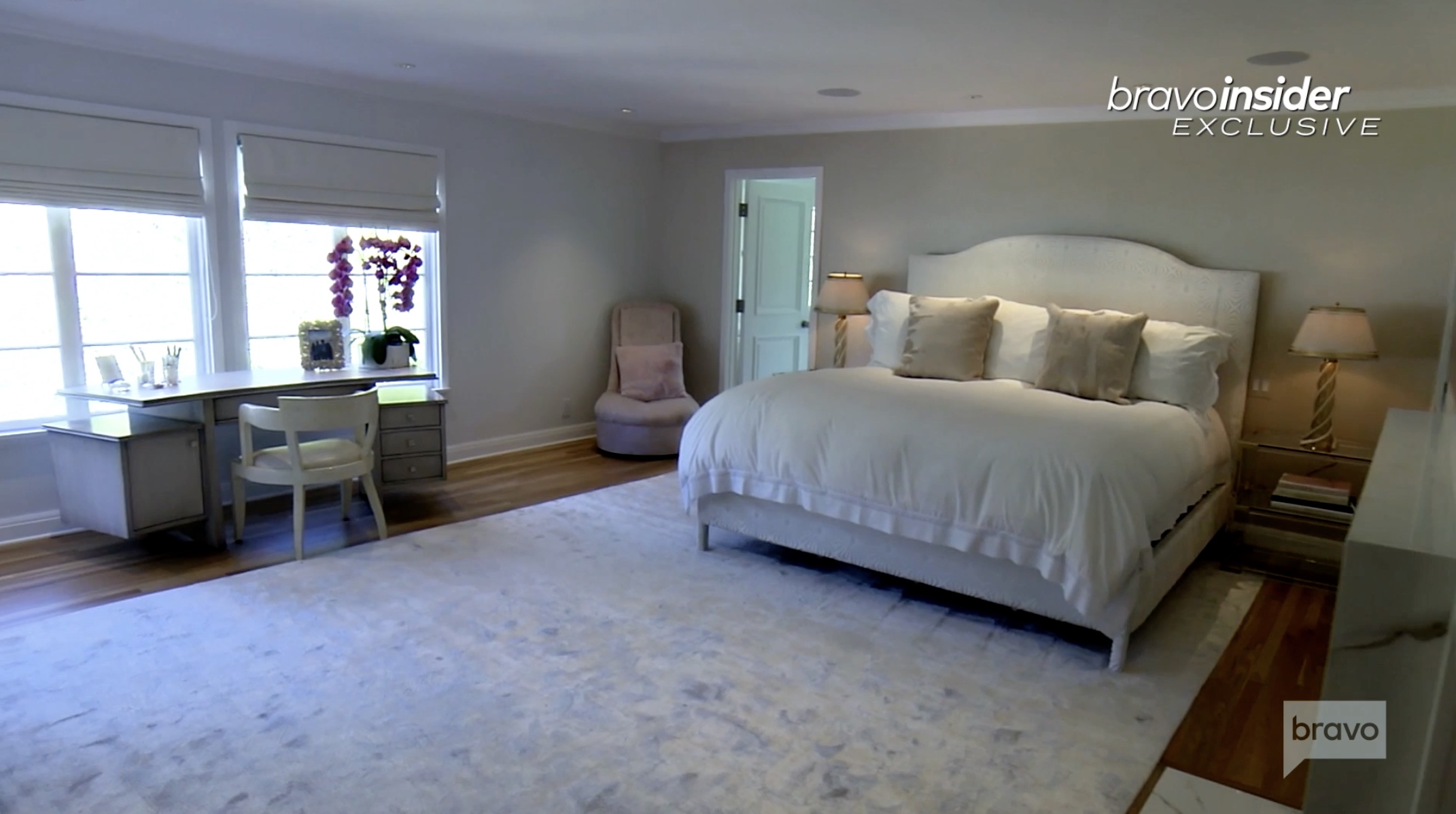 Her master bedroom includes a collection of Murano crystal and a fireplaceCredit: Bravo

Sutton, 50, moved into her brand new home as a single woman after renting a $20,000 for nearly a year as she waited for the renovations to be completed.

The all-white facade contrasts with a dark front door of which Sutton opened to welcome Bravo cameras into her home.

Sutton kept the original scaffolding in her living room where wooden beams stretch up to the ceiling.

She also kept the original wooden mantel of the fireplace and added marble to make it look “more modern.” 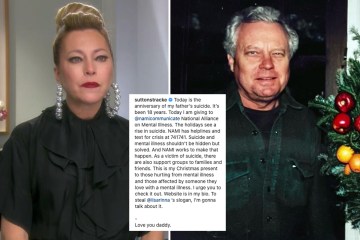 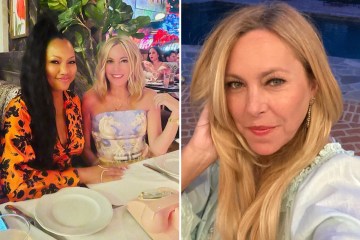 A grand piano sits alone in an alcove surrounded by window panels looking out into a pristinely groomed shrubbery.

A king-sized bed sat centered on the back wall of the room.

Sutton included a work desk beside the window and a white bookshelf built into the wall.

The bedroom includes a fireplace encased in white marble.

She told the cameras: “A lot of rooms in this house have fireplaces in them because it was built in the 1930s.”

Sutton said she collects Murano crystal, so she had her handles on her chest drawer made out of the luxury Italian glass.

See also  Here's How Roddy Ricch Made His $20 Million Fortune

Two lamps on either side of her bed are also Murano crystal.

Sutton told the cameras she decided to make her master bathroom “very girly” because she could finally make her own design choices after her divorce.

She showed off a floral tile flooring, a shampoo bowl, and a tub.

Her massive walk-in closet is all-white and well-lit with glass door cabinets to show off her impressive luxury shoe and jewelry collection.

Sutton’s backyard stretches out into a full-size tennis court and includes an in-ground swimming pool.

Fans can look forward to seeing more of Sutton’s home on Season 12 of RHOBH.

Sutton divorced her husband Christian Stracke after the couple had been married for seventeen years.

The pair had been childhood friends and Sutton had known Christian since she was 13 years old.

His net worth is not listed publicly, Distractify estimates that he makes at least six figures each year in his role in the financial industry.

Christian is the global head of credit research at investment company PIMCO, and is also a senior portfolio manager across PIMCO’s suite of private credit strategies.

The southern belle promises plenty of new drama as she is featured on Season 12 of RHOBH.

Sutton continues to feud with co-star Erika Jayne amid her LionAir lawsuit and divorce from Tom Girardi.

The star also stirs the cage with co-star Lisa Rinna about a charity event the two attended together.

Although Sutton invited Lisa to attend as her guest stirred up a few disagreements at Dorit Kemsley’s husband PK’s birthday party.

The massive $11.7M home in the gated community is a 30-minute drive from Sutton in Bel Air.

Diana’s home includes its own movie theater and infinity pool and is surrounded by gorgeous mountain views.

According to Dirt, the millionaire entrepreneur and divorcé bought the home entirely in cash. 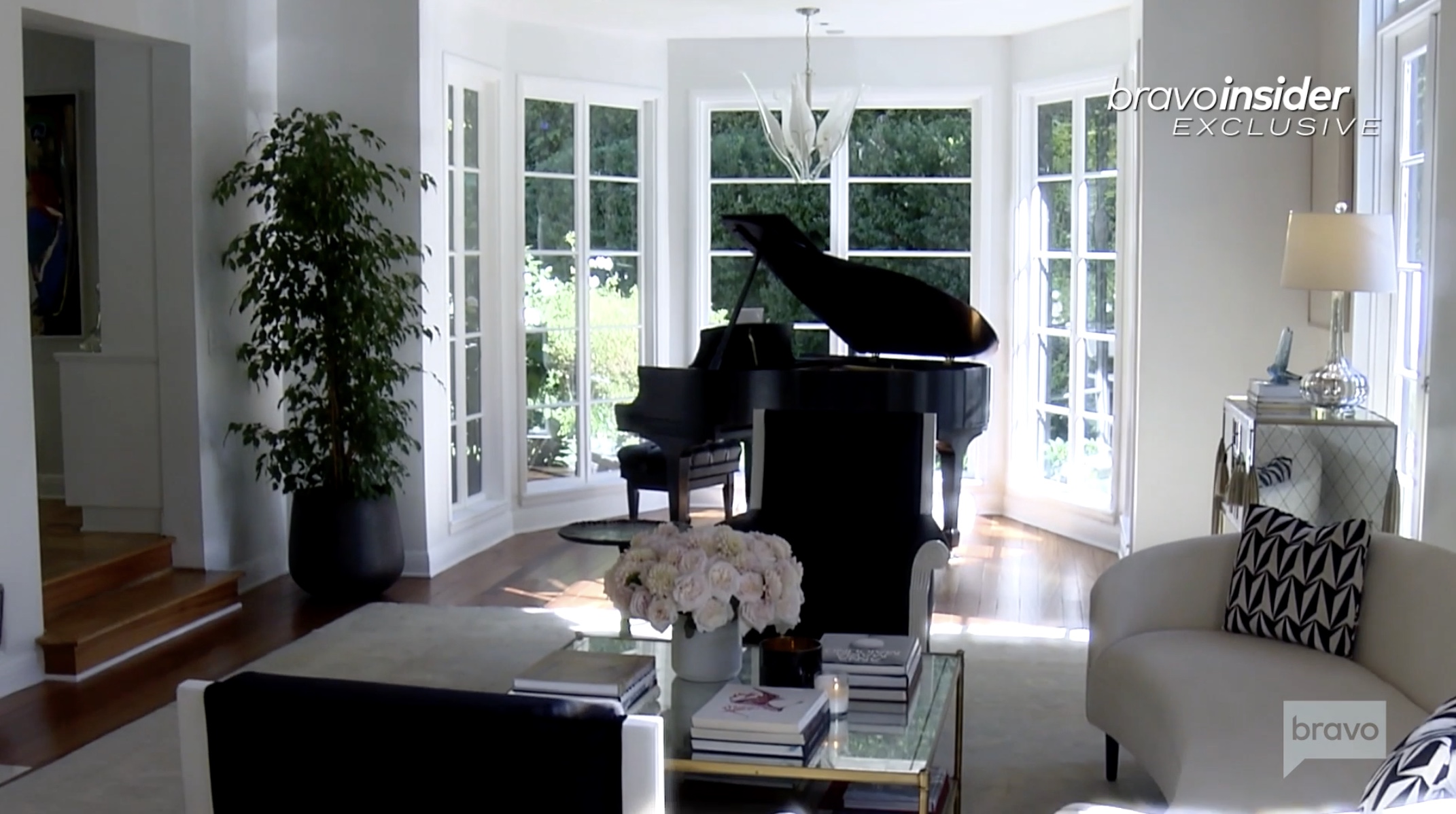 The living room incorporates the original wooden scaffolding and includes a pianoCredit: Bravo 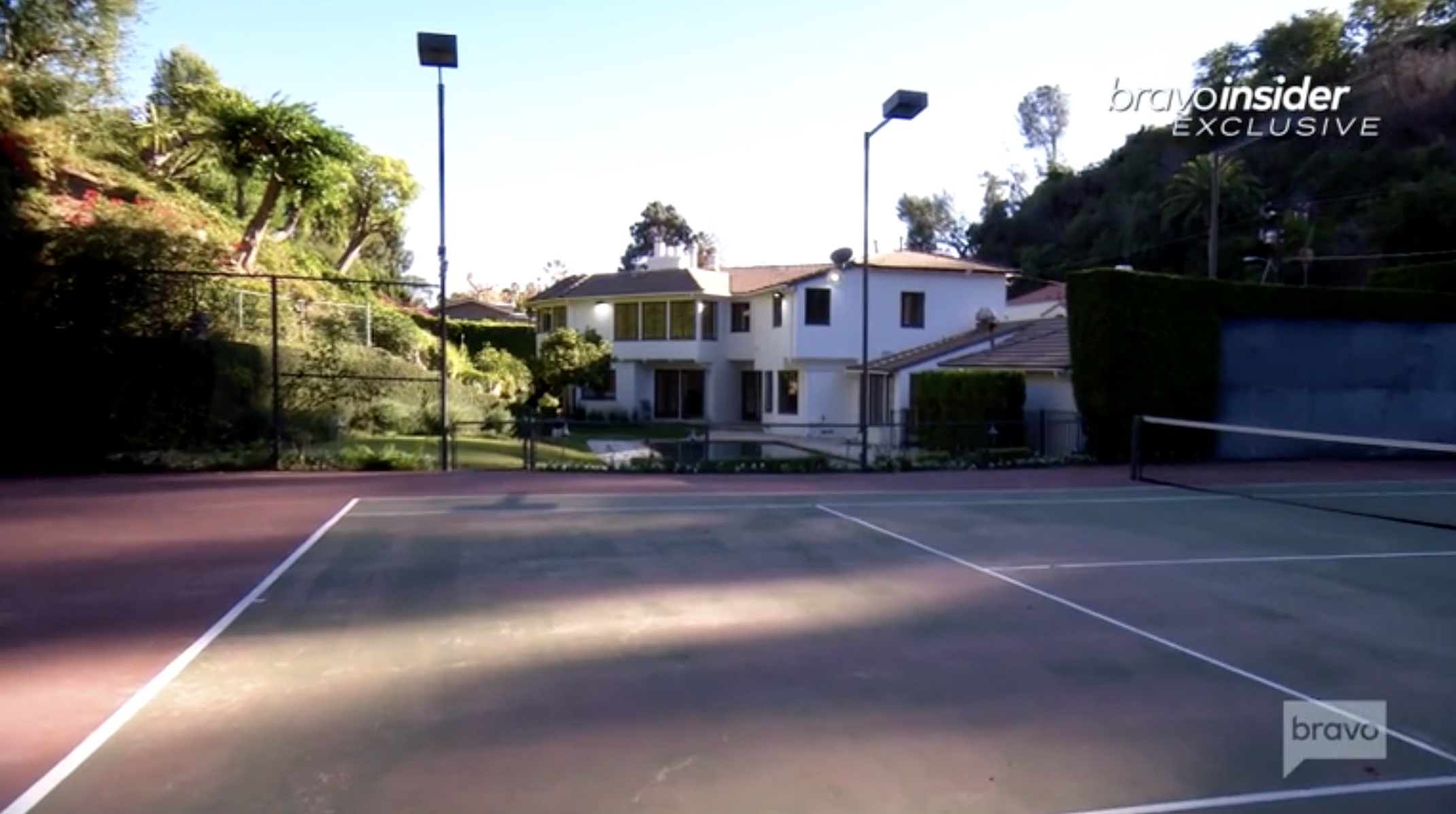 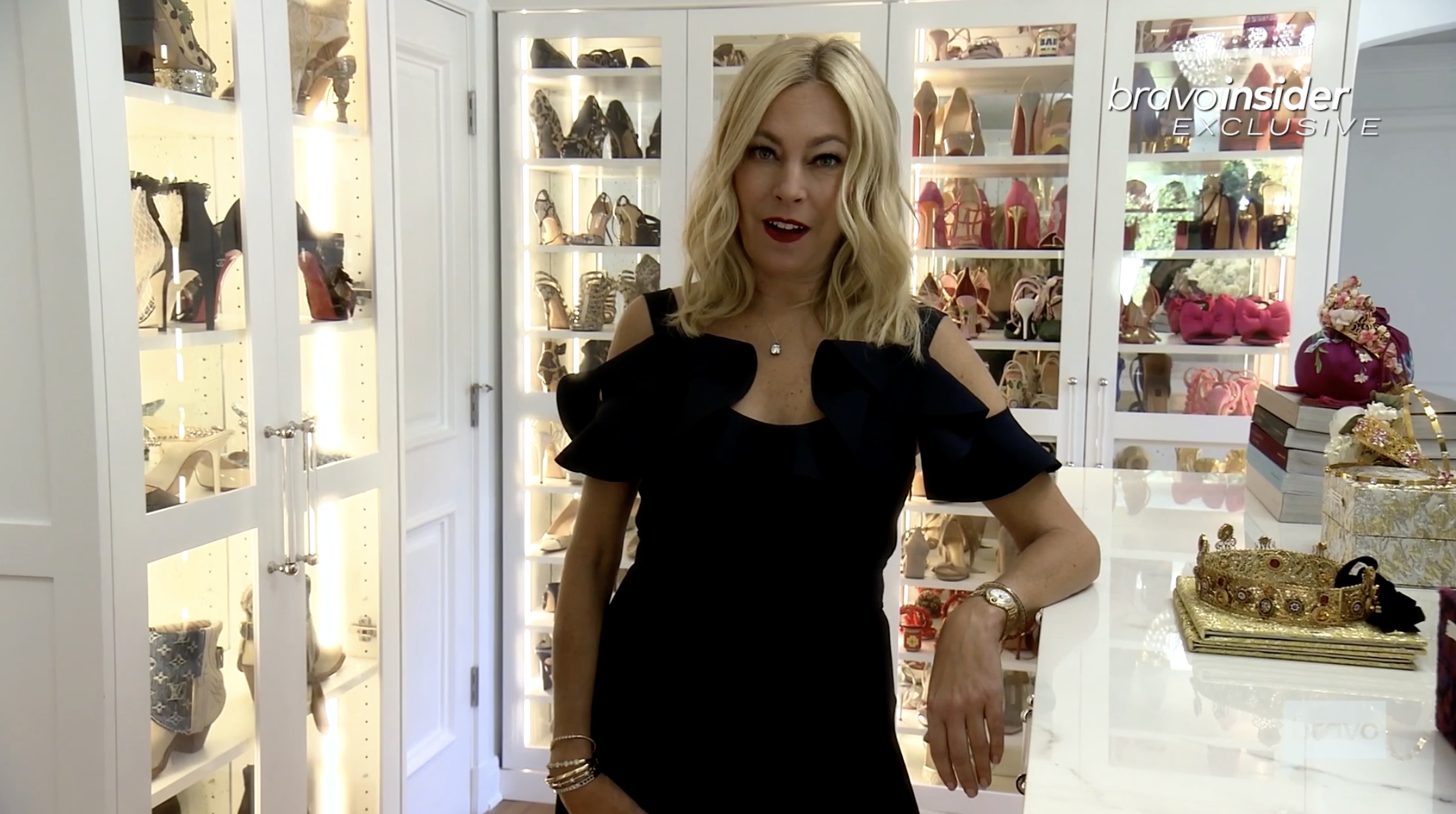 Who Has a Higher Net Worth, Blac Chyna or Rob Kardashian Jr.?

Ruben Randall - August 14, 2022 0
TV/Movies
Taylor Swift may soon be one award away from EGOT status, as All Too Well: The Short Film has been confirmed to be eligible...

‘Put Some Clothes On’: Lizzo Discusses Family’s Disapproval Of Her Nudity...