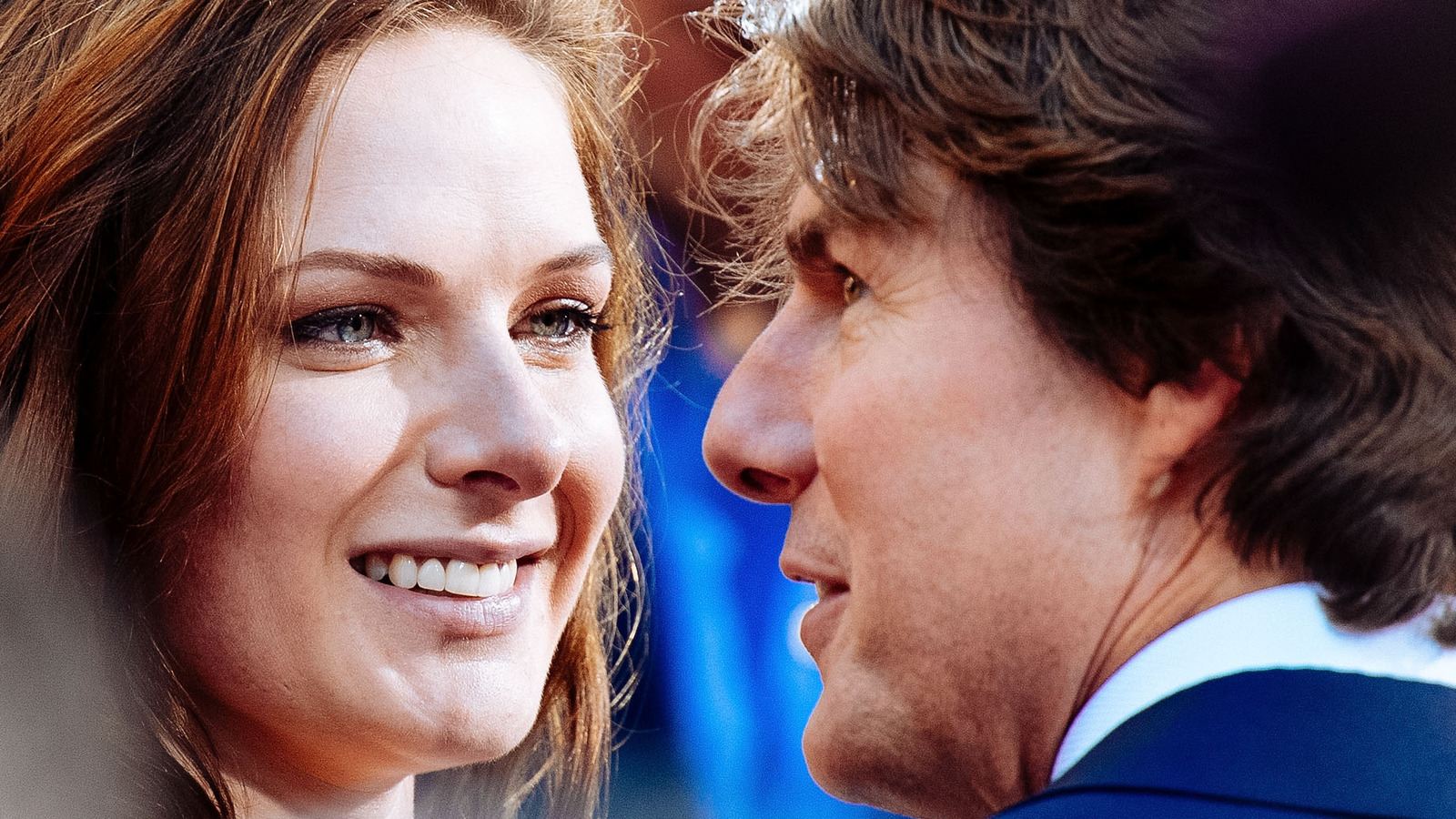 Whether they’re fighting for their lives, chatting at a sidewalk café, or just staring into each other’s eyes, fans can witness the attraction between Rebecca Ferguson’s Ilsa Faust and Tom Cruise’s Ethan Hunt, despite their complicated relationship. No spoilers here, but let’s just say that Ethan’s love life has been a significant plot component throughout the MI movies, while Ilsa joined the series in its fifth installment (via Screenrant). And based on what Ferguson has shared with the press, the actors work together quite well and enjoy each other’s company.

Ferguson told People just how much she’s enjoyed the opportunity to work with Cruise. “For me, it’s school: It’s like rookie action school. After having Tom around, if I asked a question, I would leave the room feeling pumped and really excited because he believed in me.” She continued, saying, “I think people forget how fun he is. We laughed so much.” Ferguson also told Aussie YouTube interviewer Alex Zane that she’s “never met anyone like [Cruise].” She went on to say, “Tom has such a magnetic presence.”

Ruben Randall - April 20, 2022 0
Money
Danielle Bregoli, aka Bhad Bhabie, took her viral moment all the way to the bank, according to her new interview with TMZ.The 19-year-old social...