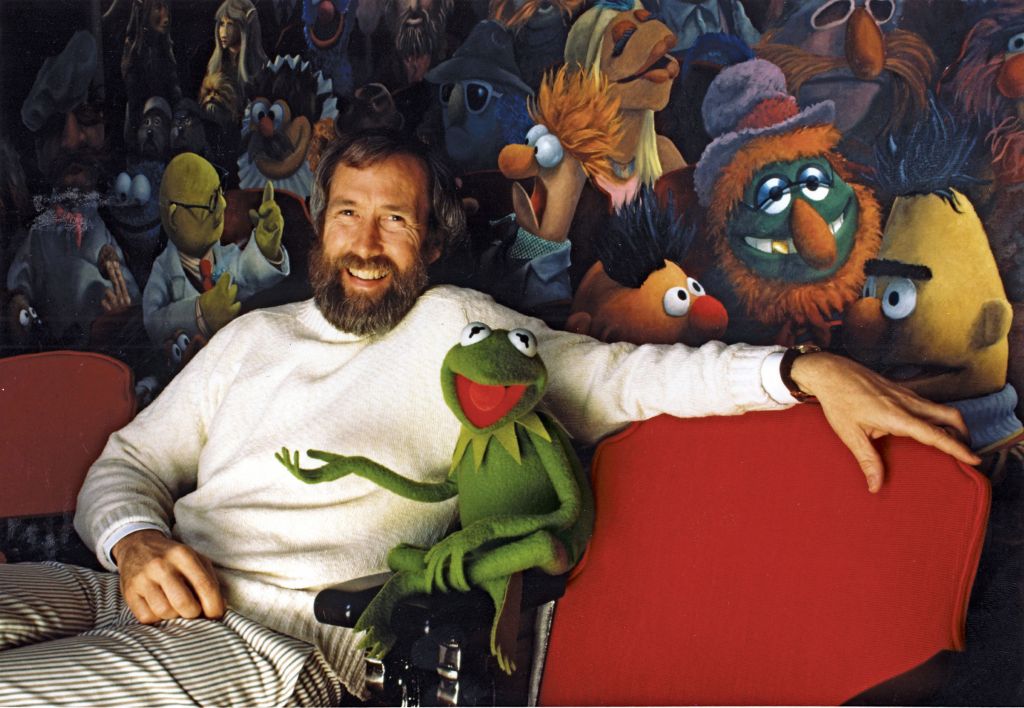 “The Jim Henson Experience: Imagination Unlimited” fills the Contemporary Jewish Museum in downtown San Francisco with more than 150 artifacts, from a 1970s Kermit the Frog puppet greeting visitors to sketches of Miss Piggy and Oscar the Grouch to David Bowie’s sleek black costume from “Labyrinth.”

This treasure trove also includes more than 25 puppets, design ideas, scribbled notes, videos and movie clips. The world Henson inspired is like a carnival just waiting to enthrall and entertain fans of “Sesame Street,” “The Muppet Show” and movies like “The Muppets Take Manhattan” and “The Dark Crystal.”

But there’s more than Muppets in this show, assembled by New York City’s Museum of the Moving Image and on view at CJM through Aug. 14.

The creative process of Henson and his colleagues, notably Frank Oz (his co-director on “Dark Crystal”), is the real spine for the exhibit, an unlimited sense of imagination to share with the public.

Here are cartoons Henson drew as a teenager and artwork from “Wildcat Scratches,” a publication from his high school in University Park, Maryland. Here is Walt Kelly’s comic strip hero Pogo and a clip from a 1950 “Kukla, Fran and Ollie” TV show, both big influences on Henson.

Here are notes for “Sam and Friends,” a TV show he created in 1955 with puppeteer Jane Nebel, whom he would marry four years later.

The stars of the Henson universe — Kermit, Miss Piggy, Rowlf, Bert, Ernie — are all here, and will certainly win the attention of fans.  But Henson’s early works, such as 8-second-long coffee commercials, and later projects that fizzled are also part of the exhibit’s story. They just could inspire budding artists to think, “Maybe I could try something like that… .”

As you might expect, there are video monitors everywhere bringing that imagination into view, beginning with the early, primitive TV commercials. Then there’s amiable Rowlf (originally created for a Purina Dog Chow commercial) as the puppet sidekick on “The Jimmy Dean Show.”

Here’s a montage of beloved “Sesame Street” characters. And here’s a test film taken outdoors for “The Muppet Movie,” showing a herd of cows unimpressed by the Muppet stars in the foreground.

All of this — plus a movie-screen-size projection and an array of props from “The Dark Crystal” — fit perfectly, with room to spare, in the Contemporary Jewish Museum’s expansive galleries.

It’s a great venue, on Mission Street between Third and Fourth streets, for such a family attraction. BART and San Francisco MUNI’s Powell Street station is a block away. A city-managed garage with 2,500 parking places is practically across the street.

“While Henson himself was not Jewish,” said senior curator Heidi Rabben, “his life’s work and legacy beautifully reflect the core values of the CJM … . Henson’s enduring lessons around diversity, inclusion, representation and coexistence continue to have a tremendously formative impact for children and families today.”

Henson died of bacterial pneumonia in 1990 at the age of 53. But like the Walt Disney Family Museum in San Francisco’s Presidio, the exhibit explores both the roots and the legacy of an entertainment genius’ creative force.

The initial ideas and the evolution of Henson’s creations make for fascinating insights.

Here is a “pitch reel,” a 1969 video designed to convince local station executives that an educational TV series for children had a chance of success. That, of course, was “Sesame Street.”

Here are design sketches for Ernie and Bert, followed by photos of craftsman Don Sahlin building them, followed by actual Bert and Ernie puppets from the 1970s and ‘80s. Here is a video clip of Henson and his crew using mops as Muppets to perform the song “Rag Mop” on the Tonight Show in 1976.

A discovery for many museum visitors might be the exquisite “Wriggling Brothers” miniature circus set designed by Victor DiNapoli and Bob Phillips in 1996 — for Oscar’s pet worm, the acrobatic Slimey, on “Sesame Street.”

Henson’s projects beyond the puppet and Muppet world are also explored, among them Cyclia, an unrealized 1966 plan for a multimedia nightclub, with film to be projected on faceted walls. There are planning sketches and a film excerpt from Henson’s “Time Piece,” a short nominated for an Academy Award in 1965.

Henson also worked on an NBC “Experiments in Television” documentary titled “Youth 68,” which featured a wide mix of opinions from young Americans on contemporary topics during an uncertain period in history.

Reaction was mixed. One viewer complained, in a letter posted in the exhibit, about “the great damage you have done to our children and their future generations.”

Health & safety: visitors are required to provide proof of full COVID-19 vaccinations, masks must be worn in the museum; visitors encouraged to buy tickets online

The OG Real Housewives, Then & Now