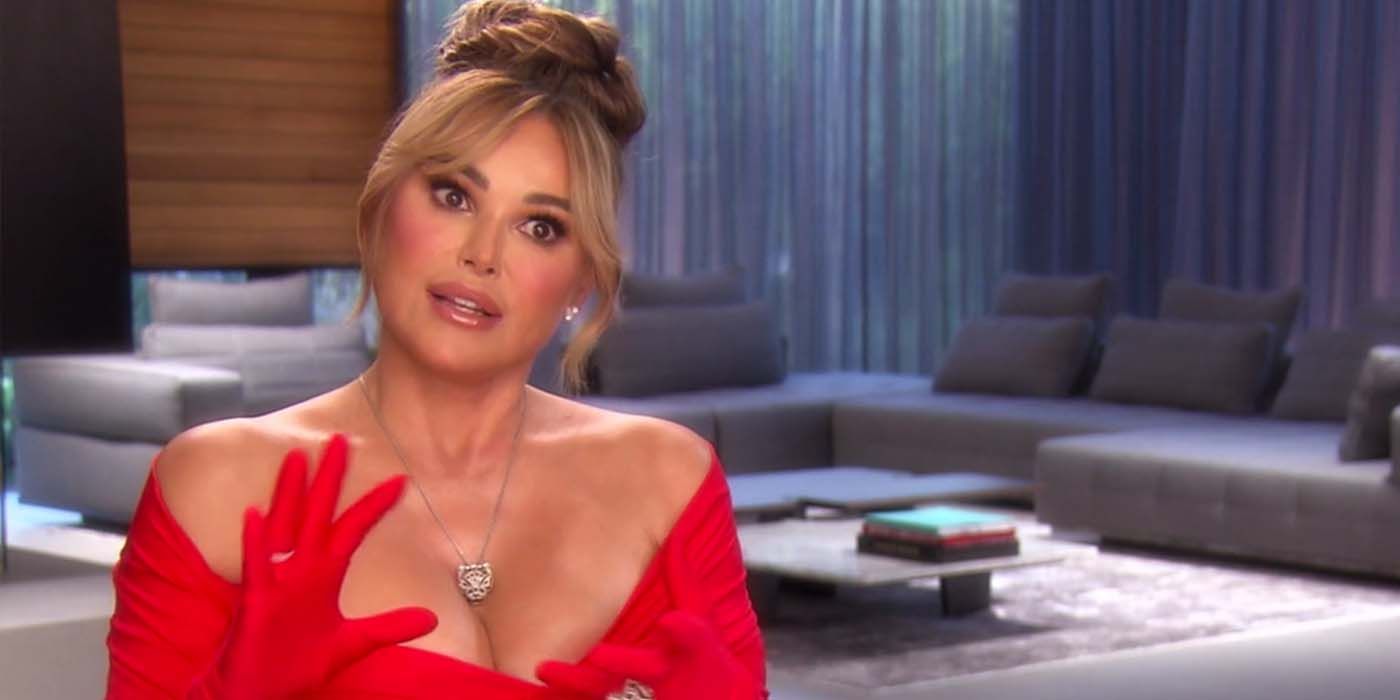 The Real Housewives Of Beverly Hills season 12 star Diana Jenkins knows many people in Hollywood. One of her connections is to Kim Kardashian.

Sanela Diana Jenkins is the newest housewife to join The Real Housewives of Beverly Hills cast, and there is much to know about the entrepreneur and philanthropist, including her surprising connection to The Kardashians star Kim Kardashian. Diana has come a long way since fleeing the Bosnian War in the early 1990s, with the RHOBH reality star’s net worth at a staggering $300 million, which is heads and shoulders above the rest of her Real Housewives co-stars.

Diana made her RHOBH season 12 debut during the show’s May 18 episode and immediately made an impression with her collection of Cartier rings, large mansion, and calling Sutton Stracke and Lisa Rinna’s Elton John Gala drama “classless.” The 49-year-old, who shares 1-year-old daughter Eliyanah with fiancé Asher Monroe, also has two adult children -Innis, 22, and Eneyah, 19 – with ex-husband Roger Jenkins.

Related: RHOBH: Why Diana Jenkins Is A Good Addition To The Cast

Out of all the information Diana revealed about herself, there was one comment that particularly surprised viewers and the other housewives: Diana and Kim Kardashian not only know each other, but have years worth of history together. There is much to learn about Diana and Kim’s relationship and how their past relates to events currently unfolding on RHOBH season 12.

Per E! News, Diana and Kim were first publicly spotted together in 2013 when they attended the Elton John AIDS Foundation Academy Award Party – ironically, the same event that Sutton and Lisa are currently fighting over on RHOBH season 12. Naturally, Diana also shares a close friendship with Elton John, as her successful company, Neuro Drinks, sponsors the annual event. In 2018, Kim thanked Diana on Instagram for letting Elle Magazine shoot at her home and wrote that Diana “[stocked] us with the best Neuro Drinks all day!!!”

Six years ago, Kim was staying in Paris when she was woken up and robbed at gunpoint. The thieves took off with millions of dollars worth of jewelry, in a situation similar to Dorit Kemsley’s robbery last October. The crime dominated headlines for months as French police searched for the perpetrators. As fate would have it, Diana and Kim were hanging out in Paris together until Diana decided to leave early, narrowly avoiding the conflict. “I left the day before because I kept saying, ‘I don’t feel safe. I don’t feel safe,'” Diana explained to Lisa on RHOBH.

According to E! News, Diana owns several homes around the globe, with one being located in Hidden Hills, California. Doubling as a city and gated community, Hidden Hills is home to dozens of celebrities, including Kim, Khloe Kardashian, Kendall Jenner, and mom Kris Jenner. Not only are Diana and Kim neighbors, but Diana also owns the Malibu, CA home where Keeping Up With The Kardashians season 20 was filmed in 2020. It’s clear that Diana’s high status in Beverly Hills means that she is well acquainted with fellow Hollywood elites, and with Diana’s level of honesty already at a high, viewers will have to keep watching RHOBH to see what other famous celebrities the entrepreneur knows.

Next: RHOBH: How Diana Jenkins Is Giving Off Lisa Vanderpump Vibes

The Real Housewives of Beverly Hills airs Wednesdays at 8 p.m. ET on Bravo.


Michelle Konopka Alonzo is a writer with a BA in English Language and Literature from the University of Central Florida. When she’s not rewatching Real Housewives or RuPaul’s Drag Race, you can probably find her reading random articles on Wikipedia. In her spare time, she likes listening to music and walking around Barnes and Noble with an iced coffee.

See also  Kylie Jenner, Taylor Swift And The Other Richest Self-Made Women Under 40

Deion Sanders Net Worth 2022: What’s His Salary And Career Earnings?

Sopranos Star Lorraine Bracco Gets Honest About Frustrations With Where The Show Took Her...