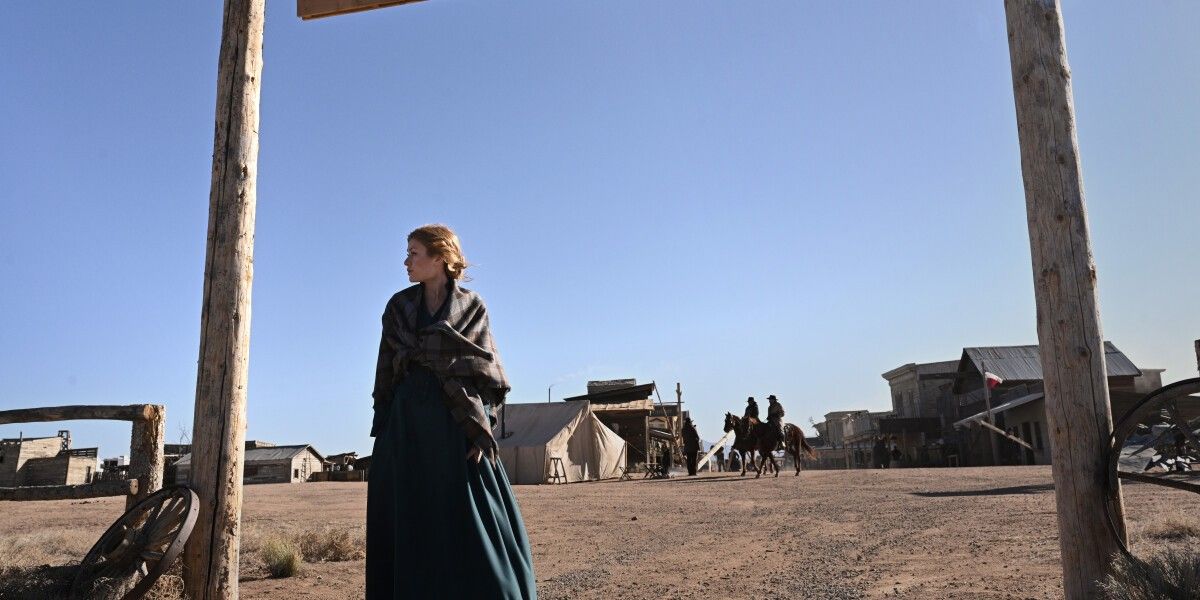 At a press conference, Katherine McNamara details bringing a woman’s point of view — and agency — to Western stories with Walker: Independence.

The Old West is getting even wilder on The CW. Walker: Independence, a prequel to Jared Padalecki’s Walker, centers around Cordell Walker’s ancestor, Abby Walker (Katherine McNamara). In transit to the small town of Independence, her husband is murdered by a stranger. Only the timely arrival of Apache tracker Calian saved Abby, who consequently makes it to her planned destination, where she discovers the local sheriff is her husband’s killer. To avenge his death, Abby recruits rogue Hoyt Rawlins — portrayed by Matt Barr, who also played a version of Hoyt in the original Walker — a con artist with his own secrets and issues.

At a press conference for Walker: Independence attended by members of the press, including CBR, McNamara weighed in on Abby redefining her sense of justice. Initially, she thirsts for vengeance, but she soon realizes that is not enough.

“With Abby, I think she’s a woman who is a bit out of her time,” McNamara said in response to a question from CBR. “She is very well-educated, very intelligent, but still somehow finds herself in a world where she knows nothing. She has to completely start over. Her entire life, literally, is gone in the first 15 minutes of our show. She stumbles into this town that is also finding itself.”

“It’s such an interesting opportunity,” McNamara continued, “to see a woman in this time period have such agency, and to be able to start over on a life that is for her, and to create her own destiny while also trying to take revenge for the death of the love of her life, and try and find some sense of justice in a world where justice is always a shade of gray.”

Walker: Independence has definitely seized the opportunity to spotlight not only the female perspective but minorities and queerness as well. In that respect, McNamara noted that the favorite thing about her job is “to be a storyteller.”

“There are a few story tropes that are told over and over again,” McNamara said in response to a question about Westerns told from a woman’s point of view. “What makes stories interesting is when you find a new perspective, and a part of that story, or her perspective on that story that has not yet been told, or has not yet been told in a certain way. That’s what you get with Walker: Independence,” she concluded. “It starts with Abby. It starts with this woman who has to rebuild her life from the ashes of her expectations.”