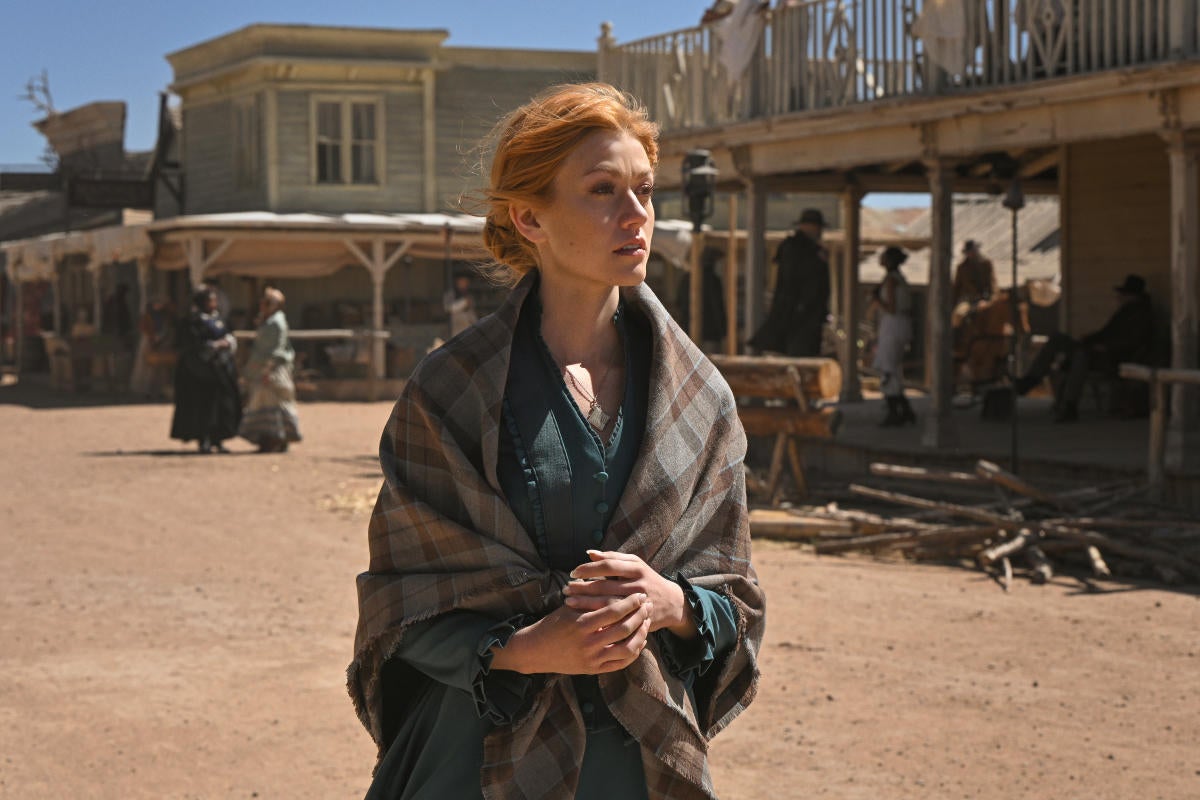 Walker: Independence, a prequel to Jared Padalecki’s Walker, is coming to The CW this fall and the new series will bring viewers the story of Cordell Walker’s ancestor, Abigail “Abby” Walker, played by former Arrow star Katherine McNamara. The series is set more than a century before the events of Walker and now, McNamara is opening up about her role and how her character ties to the current series.

Walker: Independence is set in the late 1800s and follows Abby Walker, an affluent Bostonian whose husband is murdered before her eyes while on their journey out West. Some fans have questioned the Walker surname situation, something that TVLine reveals is part of the story. Abby will adopt the Walker surname, taking it as a version of the name an Apache tribe gives her — “Walks in Tall Grass”.

In the series, on Abby’s quest for revenge, she’ll cross paths with Hoyt Rawlins, a lovable rogue in search of purpose. Abby and Hoyt’s journey takes them to Independence, Texas, where they encounter diverse, eclectic residents running from their own troubled pasts and chasing their dreams. Our newfound family will struggle with the changing world around them, while becoming agents of change themselves in a town where nothing is what it seems.

In addition to McNamara and Findlay, the series will star Matt Barr, Lawrence Kao, Greg Hovanessian, and Justin Johnson Cortez. Seamus Fahey wrote the script for Walker: Independence, sharing story credit with Walker showrunner Anna Fricke. The pair is set to executive produce the series alongside Padalecki and director Larry Teng. The CW gave the prequel a series order earlier this month along with the Supernatural prequel, The Winchesters. McNamara has previously teased that the series isn’t exactly the kind of Western fans may expect.

“It’s not the western you’re expecting,” McNamara told TV Insider. “Every character is not what they seem on the surface. It has the feel and the nostalgia of a western, but it’s a very modern story with characters that are going through real things that are so fascinating.”

Walker: Independence will air Thursdays this fall at 9/8c, following episodes of Walker.

Ruben Randall - December 20, 2021 0
Celebrity
How do forensic experts rule a death as suicide? “In order to prove a death is a suicide, there must be a combination...