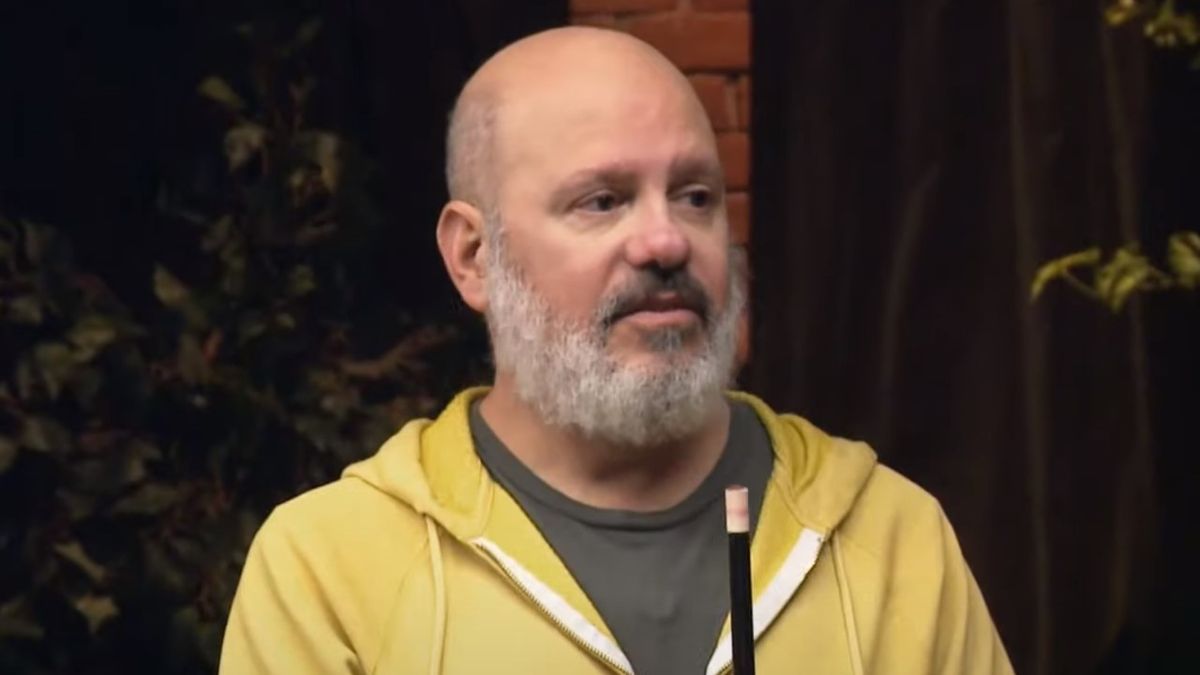 Impractical Jokers obviously looked a little different when it returned to truTV for the remainder of Season 9, with longtime star Joe Gatto having exited the series at the tail end of 2021. Thankfully, the trio of Brian Quinn, James Murray and Sal Vulcano chose to soldier on with new episodes featuring a bevy of hilarious and beloved entertainers, from AEW superstar Chris Jericho to our current topic of conversation, Arrested Development and Genius vet David Cross. The recent Station Eleven recurrer is the latest guest star to join the Impractical Jokers extended family, and talked to CinemaBlend about how much fun he had hanging out with the guys, despite otherwise not having much of a taste for prank-related shows.

When I asked David Cross how the Impractical Jokers spot came to him, he noted that he wasn’t a viewer ahead of being offered the opp, but that he rather quickly understood and enjoyed the show’s central hook. In his words:

Well, I was aware of the show, but I hadn’t ever really seen the show. But, you know, there’s advertisements all over, and I knew of it. But then I just opened up my email and there was an email from my agent about this offer do it. And they had like four examples, video clips to check it out. And initially it was like, I’m not a huge fan of those practical jokes shows, but then as I was watching the clips, I realized, ‘Oh, they’re not messing with innocent people. They’re just messing with each other,’ and it was quickly very endearing. And it was funny. Those guys are funny, and it was ballsy to the point of like, kind of dangerous. [Laughs.] I really liked it, and I just wanted to see more and more. I thought it was pretty clever, the stuff they would come up with to mess with each other. And they seem like totally cool, chill dudes that don’t take themselves too seriously.

I can absolutely understand where David Cross was coming from, as I also have a fairly limited palate when it comes to shows that go heavy on pranksters making normal people look like complete fools. (Although that said, I could admittedly watch Scare Tactics on repeat for days on end.) But while things might get a little raunchy and adult-oriented, as seen in the clip below, Impractical Jokers fans know the fun is more in watching these lightly sadistic friends enjoying the wide variety of ways they can make each other look and feel like total jackasses, sometimes while putting gross things in their mouths. Now enjoy the bleepery!

That seems like it would have been a good time had by anyone who stopped by, except for maybe a bunch of people’s grandmothers. But then other grandmas love the [bleep] [bleep] and to [bleep] them.

In any case, David Cross considered his Impractical Jokers appearance was a joyful oasis of sorts, saying:

So I said yeah, and I did it, and I had a blast. You know, it’s been a been a rough year…or so. [Laughs.] It was a really nice, brief respite and a lot of laughing, so I really enjoyed that.

Considering David Cross makes up half of the upper-echelon Mr. Show creative duo alongside current Emmy nominee Bob Odenkirk, I asked if he was familiar with Joe Gatto’s exit and what his thoughts were on filling in as the fourth member of the troupe in another’s stead. According to Cross:

I became familiar after doing some research, but I mean, I didn’t see it like that. I just saw it as coming in and doing exactly what you saw. Just kind of having fun with the opportunity to just play with, and be silly with, a bunch of folks in a controlled environment. It was enjoyable.

I feel like the world would be a better place if everyone had more opportunities to just get silly with other people without worrying about other stuff. Which isn’t to say that the Impractical Jokers stars need to go without worrying, considering what James Murray has to put in his mouth during David Cross’ excellent main segment. Be sure to watch the episode to see Murr looking as uncomfortable as he ever has.

Impractical Jokers air Thursday nights on truTV at 10:00 p.m. ET, followed by all new episodes of 101 Places to Party Before You Die, as hosted by past Impractical Jokers guests Adam Pally and Jon Gabrus. The first eight and a half seasons of IJ can be streamed with an HBO Max subscription, and it’s likely that the guest-starring episodes will be available at some point after the season is complete. Head to our 2022 TV premiere schedule to see what other new and returning shows are popping up soon.

Ruben Randall - April 3, 2022 0
Money
The NFL power couple Tom Brady and Gisele Bundchen are known for their extremely successful careers in their respective fields. However, it’s a no-brainer...