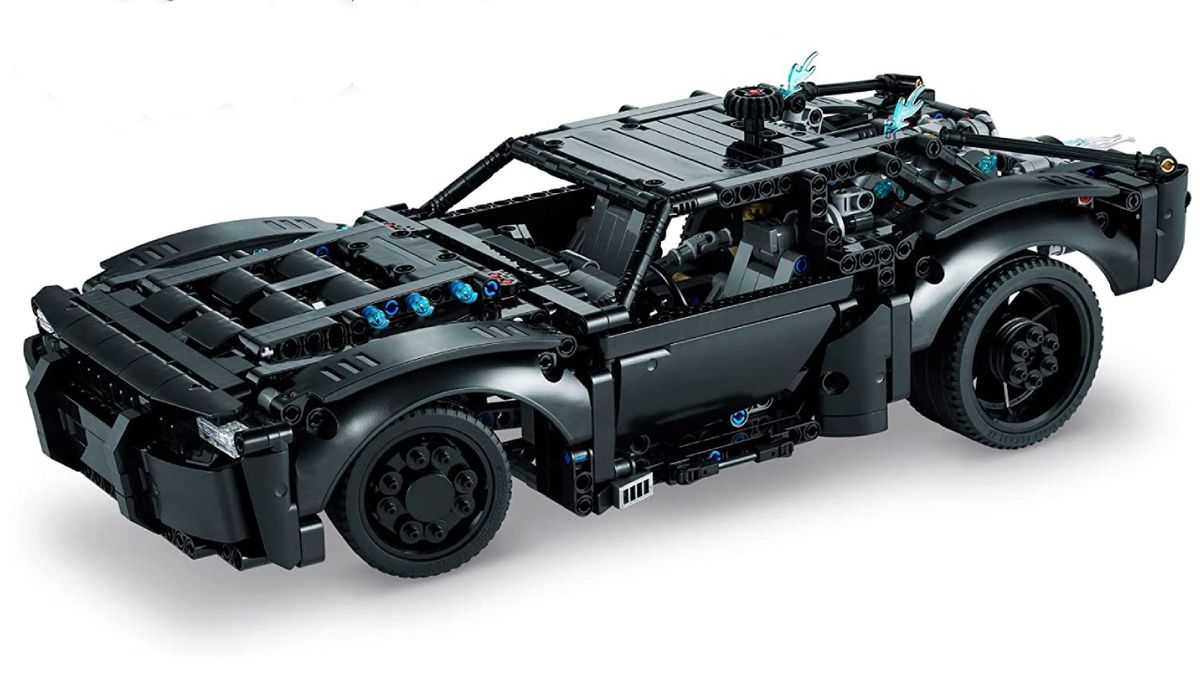 The thing about Batfans like me is that we are pretty easy to shop for when it comes to finding good gifts for the holidays. However, on occasion, we may develop a preference for certain Batman gifts that happen to catch our eye and such is definitely the case for me this year.

When I first saw the newest LEGO Batmobile from the toy company’s Technic line, which is modeled after Robert Pattinson’s souped-up ride from director Matt Reeves’ The Batman, I knew I had to have it, but figured it would be best reserved as an opportunity for my wife to give me an extra special gift this Christmas. Of course, because I too prefer to maintain an aura of surprise around gift-giving this time of year, instead of directly asking her myself, I have opted to write out the top three reasons why this item is Number One on my wishlist in this article and hope my wife happens to stumble upon it online.

Out of all the live-action Batman movies released so far (and even if you lump in all the best animated Batman movies, too), The Batman definitely sits at the top of the list for me, and that is not out of recency bias. Not only does Robert Pattinson represent the character’s detective skills better than most actors who have played the Dark Knight, in my opinion, but he easily has one of the coolest versions of the Batmobile I have ever seen.

Of course, the likelihood of having my own Batmobile is slim. So, to be able to represent my admiration of the latest cinematic Batmobile in some capacity, I will gladly settle for owning this beautiful LEGO model that replicates the sweet ride and all its most distinct features with passionate execution.

One of my favorite things about the Batmobile from The Batman is how authentically “homemade” it appears. In fact, I think clear evidence that the vehicle was constructed by Bruce Wayne on his own (and likely with help from Alfred) is essential, which is why Christian Bale’s Tumbler falls just a bit short on my ranked list of cinematic Batmobiles, to be honest. To be able to say that I built such a magnificent mobile crime-fighting machine myself would be a dream come true.

Of course, the likelihood of that happening is, also, very very slim. So, to be able to say I, technically, have “built” my own edition of the customized muscle car, I will gladly settle for the LEGO model, which comes in 1,360 individual pieces and, according to a breakdown by TTPM Toy Reviews on YouTube, takes roughly six hours to assemble on average. I might take my time with the assembly myself, just to “savor the moment.”

Because It Even Lights Up!

What really makes this LEGO Batmobile a must-have item in my opinion is that it functions as more than just a simple decorative item. For instance, two of the included bricks are actually battery-powered lights to illuminate the front grille and make the car look even meaner, just like the real vehicle from The Batman.

The model also features a steering mechanism that you build into the roof for authentic wheel movement. Also, while you “drive” the Batmobile, keep an eye on the moving piston’s on the rearside engine and the blue, flame-shaped piece that attaches to the rocket blaster and spins as it goes. Recreating Robert Pattinson’s insane car chase with Colin Farrell’s Penguin in the movie will feel especially authentic with these awesome features.

Even a model as challenging and advanced as LEGO’s Technic version of The Batman Batmobile was enough to catch my inner-child’s attention and my belief that grown-ups should never feel shame in letting out their inner child is something my wife actually admires about me. I hope she sees that as a reason to add it to her cart.

Karan Johar: A whopping Rs 1450 Crore net worth of KWK host who earns...

Ruben Randall - November 4, 2022 0
Money
Diddy has been revealed to be one of the silent investors behind Elon Musk’s $44 billion acquisition of Twitter. According to TMZ, Puff invested north...