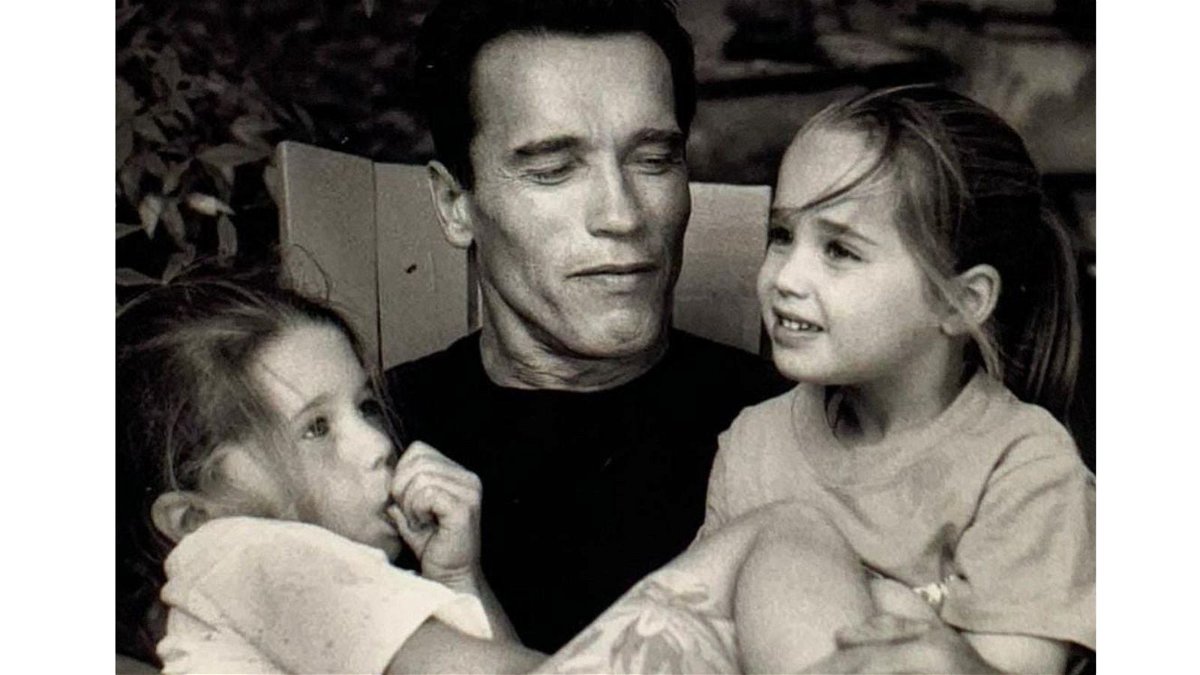 Feeling less of oneself is one of the first insecurities of our life. During the teenage years, many people may get insecure about their looks. Arnold Schwarzenegger’s eldest daughter, Katherine Schwarzenegger, went through something similar in her preteen.

When she was a child, Arnold Schwarzenegger was the biggest action star in Hollywood. Moreover, her mother was a famous journalist. Sometimes, the pressure becomes enormous when your parents are celebrities, and you aren’t as perfect as they are for the world. Katherine wrote her first book in 2009, inspired by her personal experiences and growth from all those struggles.

In her 2009 published book, ‘Rock What You’ve Got’, she opened up about the incidents from her childhood that haunted her back then. Arnold Schwarzenegger’s daughter was a chubby kid in her preteens, and that made her conscious about herself. She felt terrible about how she looked and was extremely under-confident.

In her book, she reveals how she opened up for the first time about her struggles with her mother. Moreover, she tells young people that it is a phase, not the whole life. She wrote, “‘I hate myself!’ I cried to my mother. “I’m fat, I’m ugly, I’m stupid, and I feel totally disgusting!” I was only ten years old and in fourth grade, and already suffering, but this was the first time I could recall revealing my worries about my appearance to anyone. …”

She continued, “I consider fourth grade to be one of my “chubby” years as a kid. I felt overweight, and looking back at old pictures of myself, I can honestly say I wasn’t fat, but I certainly felt that way.”

Katherine felt the same way as most teenagers do while growing up. That’s something not unusual. It’s just that it feels like that at that time.

Katherine Schwarzenegger is a New York Times bestselling author. She began her journey with the book that was released in 2010. However, Katherine did her education at multiple Universities. She studied communication at USC Annenberg School. She also studied journalism at the University of Southern California.

Post that, Katherine wrote three more books. Two of them were self-help books like the first one. In 2014, she published “I Just Graduated, Now What?”. And in 2020, she published “The Gift of Forgiveness”. Other than these, she has written a children’s book called “Maverick and Me” which was released in 2017.

Watch this story: Arnold Schwarzenegger Had a Whispering Unboxing to an Exhilarating Gift

Katherine Schwarzenegger realized as she grew up she was neither fat nor ugly. It was all about that phase she suffered. Henceforth, she wanted to tell her story to as many kids as possible so that they do not go through the same as Katherine did in her preteens.

“What the F*** Are You Filming”: Arnold Schwarzenegger Was Caught-off Guard by Son’s Major...

Inquiries have found casinos facilitated money laundering and consorted with criminals — so why...

Ruben Randall - December 2, 2022 0
Actress
In the wake of his February 2021 death, actor Christopher Plummer is survived by his wife,...

Edward Herrmann’s Wardrobe Had a Hidden Nod to Richard Gilmore