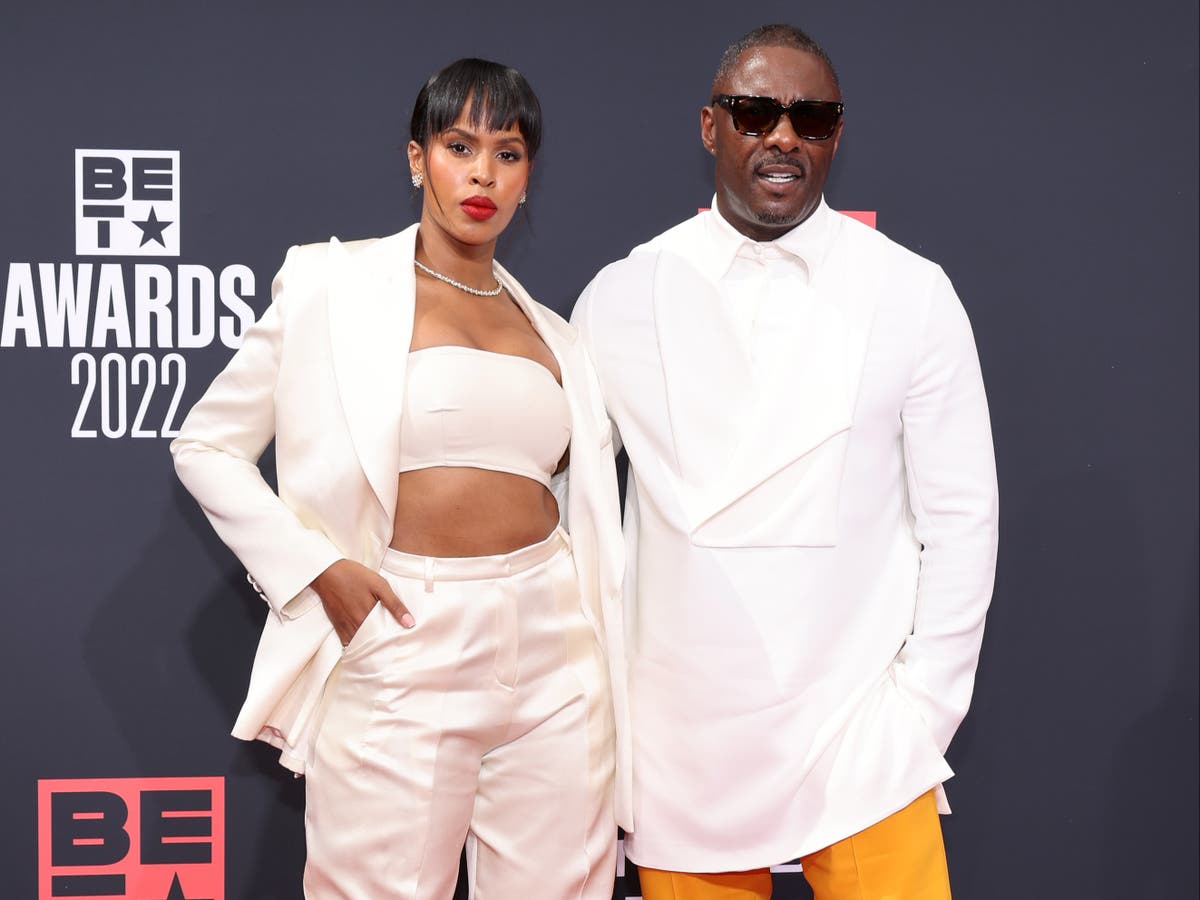 Idris Elba has revealed he had given up on love before he met his wife, Sabrina Dhowre Elba.

The Luther star opened up about his marriage to Dhowre Elba and how they first met.

The couple met in a bar in 2017, while Elba was in Vancouver to shoot The Mountain Between Us with co-star Kate Winslet.

Elba had been married and divorced twice before he met Dhowre Elba. His first marriage was to Hanne Nørgaard from 1999 to 2003, and then to Sonya Nicole Hamlin for four months in 2006.

Speaking to The Sunday Times, Elba said that love was the “last thing I wanted to think about”, despite filming a movie “about unrequited love”.

“I was done with love. And it was there that I met Sabrina in a bar. She made me open to the idea of love again.”

Dhowre Elba is a model and outspoken campaigner on topics such as climate justice, gender equality and racial justice.

Elsewhere in the interview, she said that Elba “taught me to seize every moment, live in the today”.

Sabrina Dhowre and Idris Elba leaves St George’s Chapel at Windsor Castle after the wedding of Meghan Markle and Prince Harry on May 19, 2018

In a special cover story for British Vogue, documenting the couple’s 2019 wedding, Elba said it was “love at first sight” when he met his current wife.

He told British Vogue editor-in-chief Edward Enninful: “It wasn’t something I wanted to do, get married again. But…”

Elba added that the couple have been “literally inseparable since we met”.

Elba and Dhowre Elba married in a lavish ceremony in Marrakesh, choosing the destination as a middle meeting point for their families in east and west Africa.

The couple made one of their first public appearances together at the Duke and Duchess of Sussex’s wedding in May 2018.

Elba curated the evening music for Prince Harry and Meghan Markle’s big day, which he said was “a bit of pressure, but it was great”.

“That was an incredible experience,” he said of the royal wedding, which took place in St George’s Chapel at Windsor Castle on 19 May 2018.

Watch: Park Bo Young Jokes Around With Seo In Guk’s Cake Behind The Scenes...

The 8 Juiciest Feuds That Fueled the Art World’s Gossip Mill...

Ruben Randall - December 23, 2022 0
Celebrity
Though the art world did have some real winners in 2016, not everyone was as lucky as, say, (http://www.wmagazine.com/story/we-award-the-winners-of-the-art-world-in-2016-from-tracey-emins-rocky-marriage-to-shia-labeouf-being-shia-labeouf). Whether falling prey...

What to know about the teams in the Berks Boys Volleyball...

Who is Maya Jama? All you need to know about the...