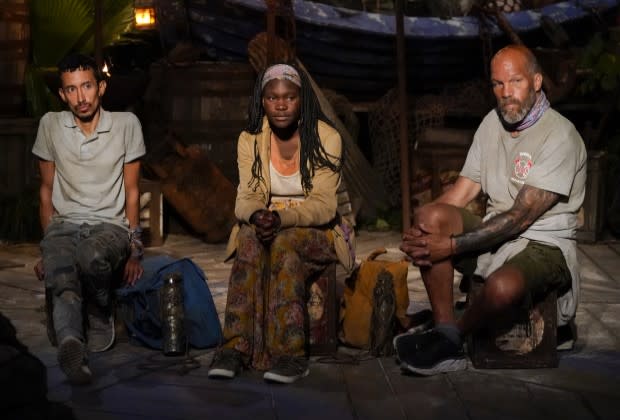 Who knew such a lovable, goofy gal would bring the heat when it came time to snatch that cash? That’s exactly what recent graduate Maryanne Oketch did to secure her victory, the title of Sole Survivor and that $1 million check.

Despite annoying some of her early Taku tribemates, Maryanne masked her strategic side until it was absolutely necessary, finding multiple idols and massaging her relationships to ensure herself a seat in the Final 3. When speaking to the jury, she beautifully articulated her moves (including the orchestration of Omar’s blindside), and outwitted, outplayed and outlasted her competition: runner-up Mike Turner and third-place finisher Romeo Escobar. (Read a full finale recap here.)

Below, TVLine talks to Maryanne about her life after Survivor, her biggest moves in the game, wearing her heart on her sleeve and the very special term she, herself, coined for her fans.

TVLINE | First of all, congratulations!
MARYANNE OKETCH | Thanks so much!

TVLINE | So, Maryanne, tell me: How does it feel to be a Survivor legend?
Oh my gosh, don’t even say that! That’s… that’s a lot. I’m still trying to go and sit in the fact that I’m a Survivor winner. If you’re adding legend on to it, like, I haven’t even processed that. That’s so surreal.

TVLINE | How did it feel coming home from Fiji and having to keep this huge secret that you just won a million friggin’ dollars?
Goodness, it was such a hard secret to keep. But the thing is, I knew that my families are big Survivor fans, and the people around me are big fans. I knew it’d be that much sweeter for them to be able to watch me win rather than them just knowing how I did. 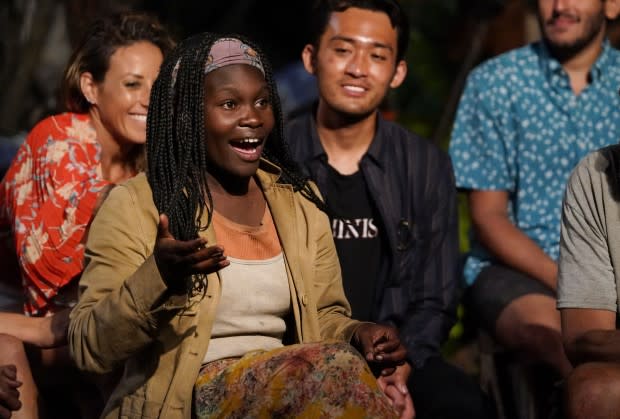 TVLINE | You’re one of the youngest players and winners we’ve seen on the show. How has your life changed since coming home?

I went back home living with my parents and finished my graduate degree. Honestly, it’s been officially like, what, 24 hours? Less than that? So my life really hasn’t changed. I’m not trying to let my standard of living creep up. I’m trying to live my broke student life still.

TVLINE | You mentioned on the show that there was a member of your family who was estranged. Did being on Survivor help reunite everyone?
Familial things, obviously, are not just going to be a quick Band-Aid fix, but my whole family was there at my Survivor finale to watch and that really meant a lot to me.

TVLINE | You had such huge emotions on the show. Do you always wear your heart on your sleeve, or was it just the emotional whiplash of Survivor that affected you so much?
I always wear my heart on my sleeve. I’m always someone who people will know how I feel with my emotions. The issue is sometimes I’ll feel emotions but I won’t know how to express them. So that’s something I’ve been working on. I worked on it before the show and worked on that after, but everyone knows they can read me like a book when it comes to my emotions.

TVLINE | Going into the final Tribal, how confident were you that you could pull out the win? And did that change or shift at all as Tribal Council went on?
It was a bit of a rollercoaster. When I went into final Tribal, I kind of had a feeling like, “Oh my goodness, I think I’m gonna win.” But people kept asking Mike questions, and I was like, “Oh my goodness, I miscalculated. I’m not gonna win. This sucks.” But then when people started to talk to me and allowed me to accurately articulate my gameplay more, I was like, “OK, I think I have a chance.” 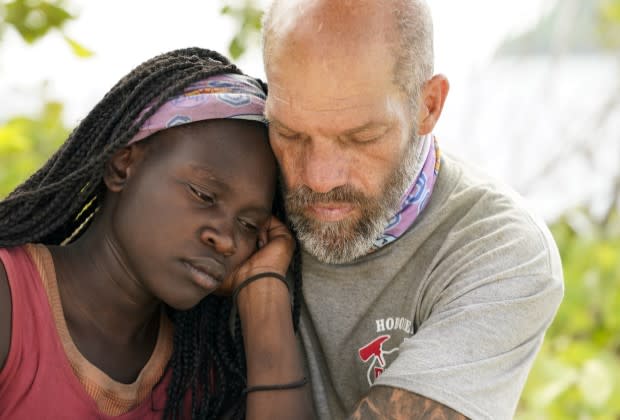 TVLINE | This season had some powerhouse players. Do you think you would’ve been able to beat Hai, Omar, Drea or Lindsay?

I don’t think I’d be able to win against them. Lindsay is the one where it’s a very, very big toss up because she and I had very different games. But I really didn’t think I’d be able to beat them in the final thee, which is why at the final eight, seven and six, I targeted them. It’s not about being the best player. It’s about being the best player at the end.

TVLINE | You were instrumental in getting Omar out of the game. How important was that move for your endgame?
If that move flopped, my game… it had to work because I would have burned every single bridge if I didn’t actually get Omar out. Because then Lindsay wouldn’t be working with me, and Romeo would have known I would have been fine with his name being thrown out just in case Omer didn’t go home. And I would have probably voted Jonathan out, so Mike would have been mad at me. It would have been very, very bad for me if that did not work, so I’m very happy it did.

TVLINE | In the beginning, you were this bubbly, young superfan. How much of that was theater for your tribemates, and at what moment in the game did you decide you really needed to turn it up?
I wouldn’t say that I lied about any part of my personality, but I might have turned up and turned down in places. I knew that I had a very strategic, very smart mind, so I really wanted to emphasize that bubbly part about me like, “Oh my goodness, I’m just so happy to be here! This is great. I’m living my best life,” so people would underestimate me and I’d be able to slither through rather than be that strategic threat where it’s like, “She’s likeable, she’s strategic, we have to get her out.”

TVLINE | Tell me a little bit about your decision to not save Lindsay at Final 5.
On an emotional level, I wanted to save Lindsay. I loved Omar. Omar was my No. 1 since Day 2, and that really hurt my psyche. And it was so hard to then vote someone else out who I was so, so close to [like] Lindsay as well, especially after Tori left. So I wanted to save her on that emotional level. But then after, when I started thinking about it, I realized on a strategic level, it wouldn’t have been smart for me to save Lindsay because then she could have gone to the end and said, “I didn’t even know Maryanne had an idol, but because of my social skills, I managed to make her use it for me.” I didn’t have to do that, and that would have been bad for my game. 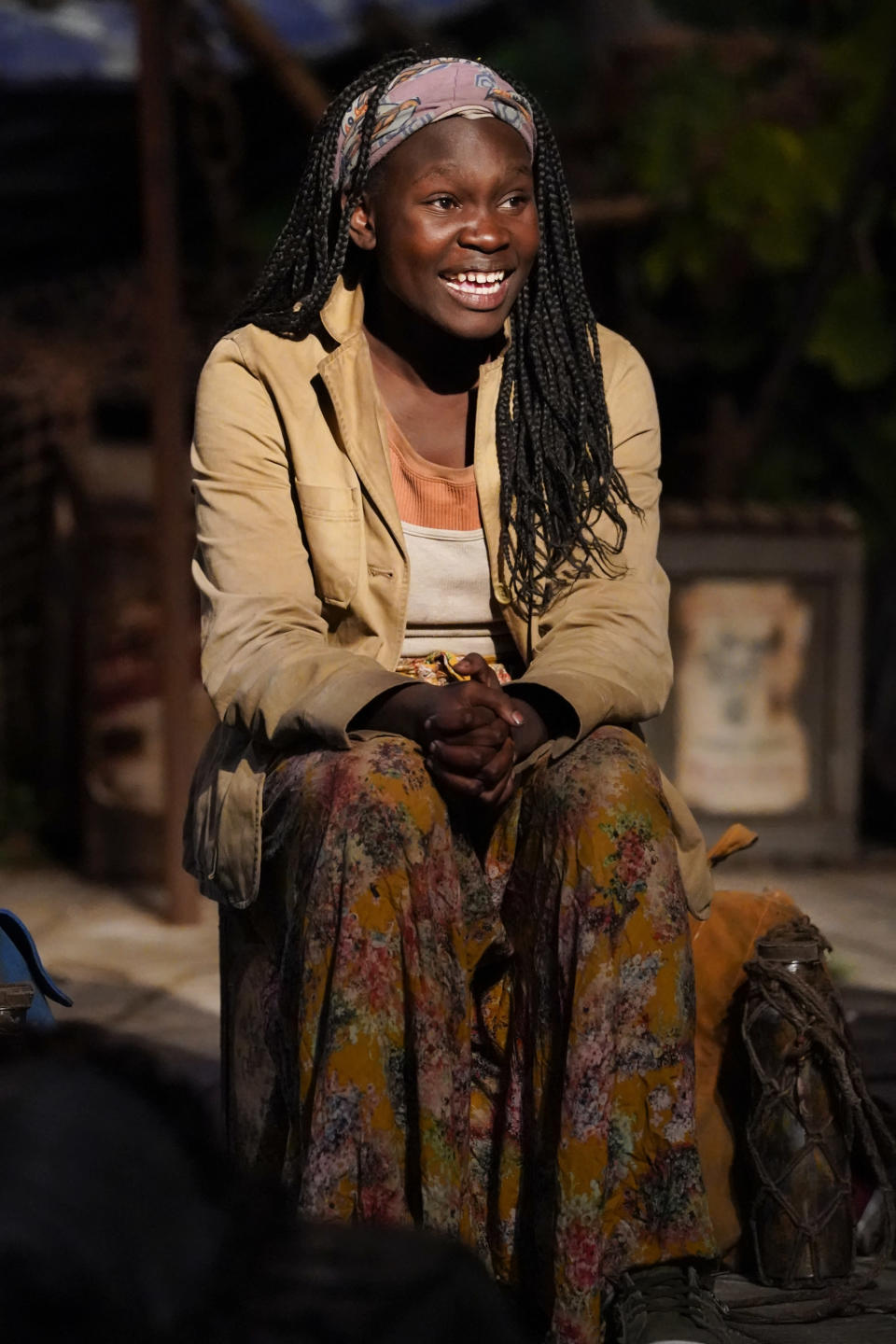 TVLINE | Plus, Lindsay had a lot of good luck out there. Surviving the Do or Die and the Tori vote…

It would have been a pattern of luck. She would have had that social skill. She was good with everyone. Then, she was also significantly more physical than I was. She was the most well-rounded player and that would have been very terrifying to get to the end with.

TVLINE | What’s something that happened out there that we didn’t see on TV?
This is so fun. I think at the second day of the fake merge, we were hunting for crabs and I saw an octopus. I had never used a Hawaiian sling. I’m like, “Oh my gosh, there’s an octopus and someone needs to kill it!” And I was just so gung-ho like, “We need to kill it! We need to kill it!” So I’m like, “Who has the Hawaiian sling?” So it turns out I got Hai the vegan to kill the octopus for the tribe, so I felt kind of bad retroactively. But I was like, “I don’t need to be the hero to go and save the octopus. I need to get food for the tribe. And if that means I’m not the one killing it, that’s fine!”

TVLINE | OK, sidebar. Are you aware of this term that’s been floating around Twitter: “Marystan.”
Want to know a secret?

TVLINE | Always!
I actually coined that. I coined the “Marystan” one, and then I made key contacts go and use it earlier in the season. So then when it spread, people would know themselves as Marystans. I kid you not. I have the screenshots to prove it and everything. The one that I find so funny which I didn’t coin was “Millionaire-ianne.” A little wordy, but it has a nice ring to it.

TVLINE | You survived and conquered. Would you do it again?
I wouldn’t play again right now, but I love the game. I feel as if everything I can give to Survivor in my stage of life — where it’s like, I’m young, I’m a student still figuring things out — I’ve pretty much done that already. The only thing which I feel like I could bring to the game is maybe winning an immunity, but I don’t feel as if I have anything new to bring. So until I feel like I have something new to bring from another life stage, I’m very content with my how I played. 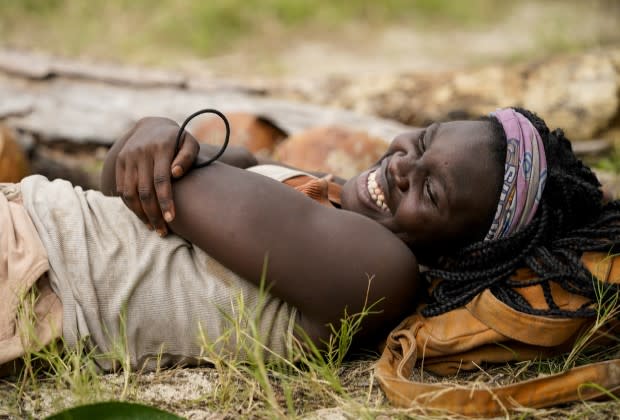 TVLINE | So what’s next for you?

I just graduated from my master’s a couple of weeks ago, so I think I’m going to be taking a year off and working. Then I might go back to school again because I just love learning, and now I can foot the bill.

TVLINE | Lastly, any advice for Survivor hopefuls out there?
My biggest advice for future Survivor hopefuls is to make sure you know who you are. Make sure you know what triggers you. Make sure you know your highs, your lows, things you need to work on, things you’re very strong on, because knowing who you are will make sure that in the game, you won’t be swayed by who other people think you are. And then also, you’ll know how other people’s perceptions of you match up with your own narrative, and also with things that might just be their narrative, you’ll know how to fight back on that.

Ruben Randall - May 1, 2022 0
Money
Destigmatising mental illness is an ongoing campaign. Is it helped by Khloé Kardashian on TV popping beta-blockers that she gets from her mum?No. Let...

How I learned crypto day trading

Kailyn Lowry: Javi Marroquin Dumped Me and Got Back With Lauren...