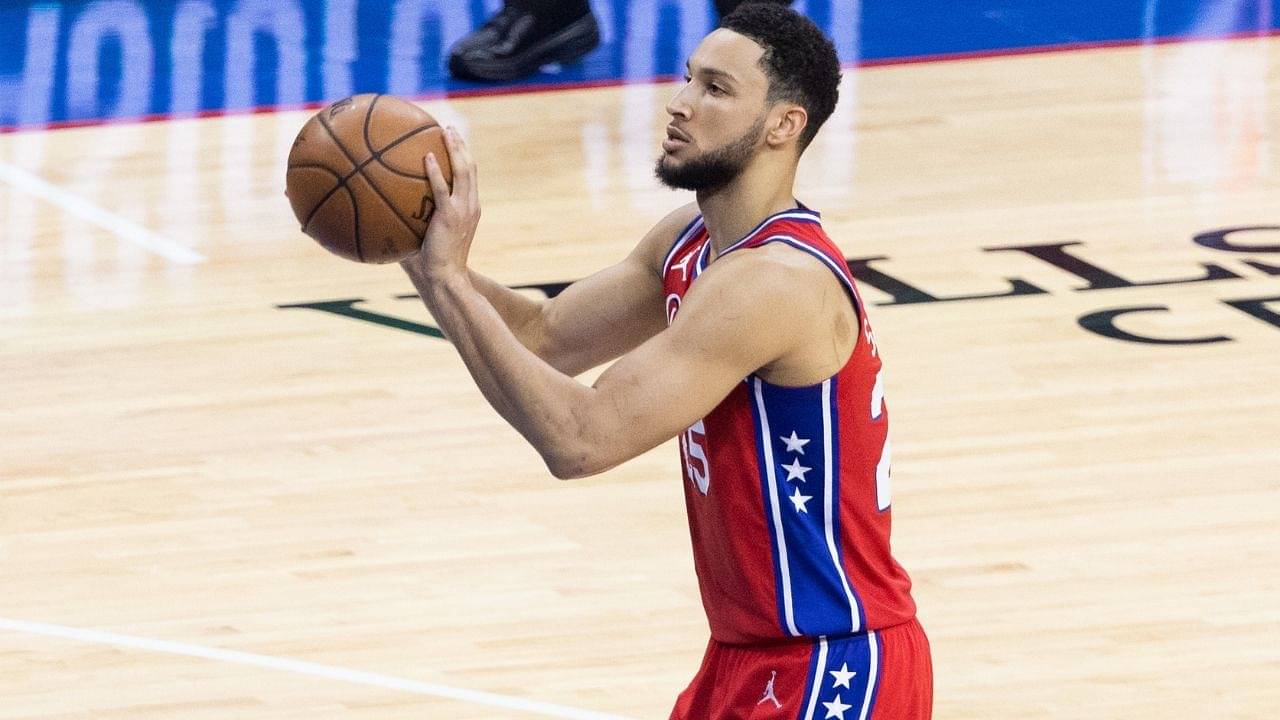 It won’t be wrong to say that Ben Simmons is gearing up for the most scrutinizing season of his career. The former ROTY missed the 2021-22 season, dealing with controversies and injuries. The point guard had one of the ugliest fallouts in NBA history with his former team Sixers.

Simmons had signed a 5-year $177 million deal with the Philly franchise during the 2020-21 season. However, his dismal performance in the 2021 playoffs, followed by a blame game with his teammates and coach, resulted in the three-time All-Star deciding to never suit up for the Sixers again.

What followed was an unpleasant episode of accusations and name-callings between both parties. Ultimately, Simmons got what he wanted, as the Sixers cracked a blockbuster deal with the Nets. Nonetheless, the 26-year-old is yet to make his debut for the Brooklyn team.

Also read: 6ft 10′ Ben Simmons addressed as Russell Westbrook by a fan at a candy store

As Simmons continues to deal with his shooting scars of the past, an old clip of his on the internet has him confessing to dribbling even before he started walking.

Appearing as a guest in the 2018 episode of The Late Late Show with James Corden, Simmons was at his candid best. At the time, the Aussie native was coming off his rookie year, winning the ROTY award. The 6ft 11′ Sixers guard earned his stripes, especially for his passing and high basketball IQ.

Raking in all the applause for his performance in the 2017-18 season, Simmons was asked when did he realize he was better than his dad, to which he replied the following.

“I’m a competitive person, so I have always believed that. But knowing what actually happened was when I was 16 years old and I came back from America, and I played 1v1, and he kinda realized he was getting older, and it was time to hang it up.”

When host Corden asked if it was true that he could dribble the ball before he could walk, Simmons hilariously replied, “Yeah, I used to shoot my pacifier in the sink.”

The former steals leader only lacked a jump shot but covered up in other aspects of the game. Veteran NBA analyst Stephen A. Smith addressed him as LeBron James without a jumper. Sadly, this would come to haunt him fast-forward to the 2021 playoffs.

As Simmons gears up for his comeback in the upcoming season, he could work on his strength, having the services of Kevin Durant and Kyrie Irving on the offense.

We provide you with the latest breaking news and videos straight from the entertainment industry.
Contact us: c[email protected]