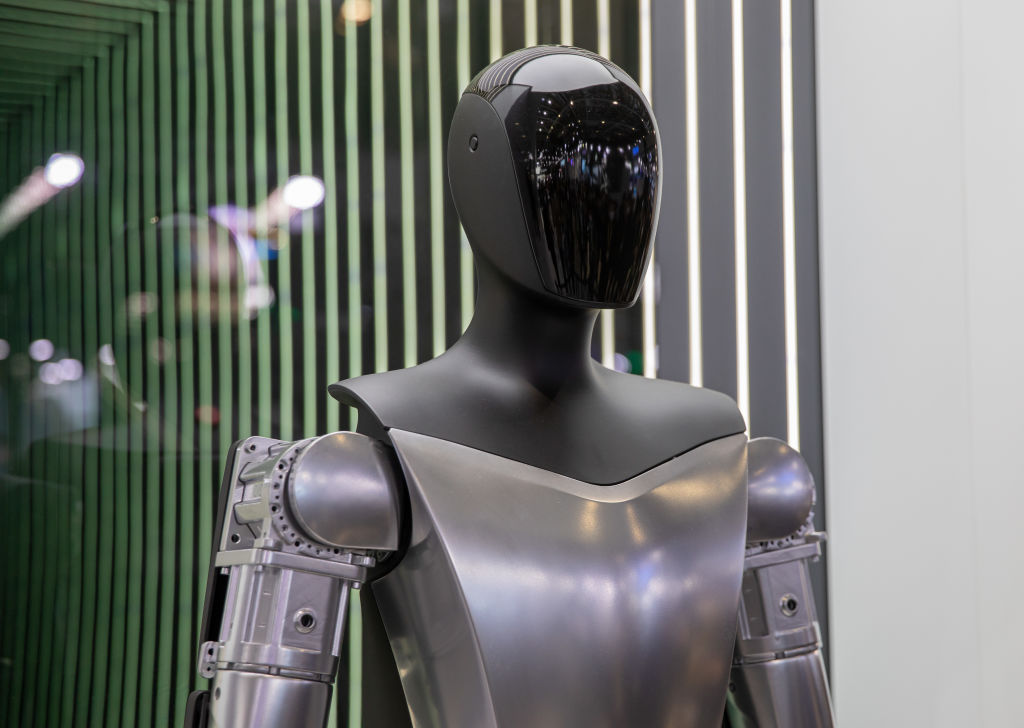 Humanoid robots have long been a common staple of science fiction. Arnold Schwarzenegger killing machines and synthethics like Bishop from the Aliens movies have long been confined to realms of fantasy. However, a wave of innovative tech companies are actively trying to make those visions a reality.

“There is a chance that one day life will imitate art and robots and people will look alike,” according to a recent report from research firm GlobalData. “If and when that happens, societies will face an ethical conundrum: what rights to give to non-human creatures that look like us?”

Those ethical considerations are clearly worthwhile, but before it’s time to roll out the old Turing test, the technology actually has to materialise first. Despite decades of trial and error, those humaniod robots still don’t roam our streets, factories and homes.

Nevertheless, the topic of humanoid robots made its way back into the news recently, thanks to Elon Musk’s Tesla unveiling the long-rumoured humanoid robot Optimus in September. The robot staggered around on stage, waved and demonstrated its holding capacity.

The robotics community gave the presentation a mixed response. While some hailed the Tesla Bot’s achievements so far, others, like Dan O’Dowd, founder of The Dawn Project, panned Optimus, saying it’s not ready because it runs on the same artificial intelligence (AI) used in Tesla’s self-driving software, which has suffered serious safety defects.

“Robots are [still] developing rapidly, however [the Tesla bot] is laughable compared to the competition,” O’Dowd says. “Optimus is a shining example of an Elon Musk vanity project, designed to distract from serious safety problems in Tesla’s flagship Full Self-Driving software and the decline of the company’s stock in recent months.”

O’Dowd says humanoid robots will get here, but Musk and Tesla are miles behind. He likened Tesla’s Optimus to a “high school science product” compared to a commercial product.

“[Robots like] Tesla’s humanoid are still a very long way from being a product ready to enter the market – let alone our homes,” Mark Gray, UK and Ireland country manager at Universal Robots, tells Verdict.

How will humanoid robots work?

Experts say humanoid robots will only work if they are safe, capable and affordable. To achieve all that, humanoid robots need a powerful AI. AI will help robots “identify human emotions” and complete human tasks, according to the GlobalData report.

Many companies are also looking into soft robotics, which uses compliant materials rather than traditional rigid materials, enabling them operate more cautiously and safely.

“[Robots] need to be able to produce a ‘soft collision’ with whatever they are interacting with so that they can perform tasks without breaking the object or themselves,” Bernt Øivind Børnich, CEO of Halodi Robotics, which is developing its own humanoid robot, tells Verdict.

Similarly, humanoid robots must take the safety of humans into consideration and to be able to accurately calculate risks.

“[Safety] requires advanced technology to be built in, such as a power and force limiter that can reduce speed and motions when detecting a human close by – or stop all together if there is contact made,” Gray says.

Where will humanoid robots be used?

Robotics is big business. The market will be worth around $568bn by 2030, according to GlobalData forecasts.

Ben Goertzel, CEO of Singularity NET and co-creator of the humanoid robot Sophia, tells Verdict that there is potential for humanoid robots to be used in industrial settings.

He believes humanoid robots, by simply being the same size contrary to the different shapes and forms humans come in, will create a slew of advantages.

Humanoid robots could arguably also be used in areas such as healthcare, teaching and social work, provided they have a powerful AI and efficient hardware.

However, just like every other piece of innovative tech, there is a risk that the introduction of humanoid robots could displace human workers. Experts, understandably, therefore call on policymakers to tread carefully when signing off on the implementation of these robots.

“The successful integration of humanoid robots within our society will depend on policymakers’ ability to take advantage of the economic benefits provided by robots while minimising the negative social impacts,” Martina Raveni, analyst at GlobalData, tells Verdict.

Robyn Lively on close bond with sister Blake Lively, how Hollywood is ‘trying so...

Ruben Randall - July 5, 2022 0
Actress
Congratulations to Sarah Levy! On Tuesday, July 5, the Schitt’s Creek star announced on Instagram that she and her husband Graham Outerbridge welcomed their...