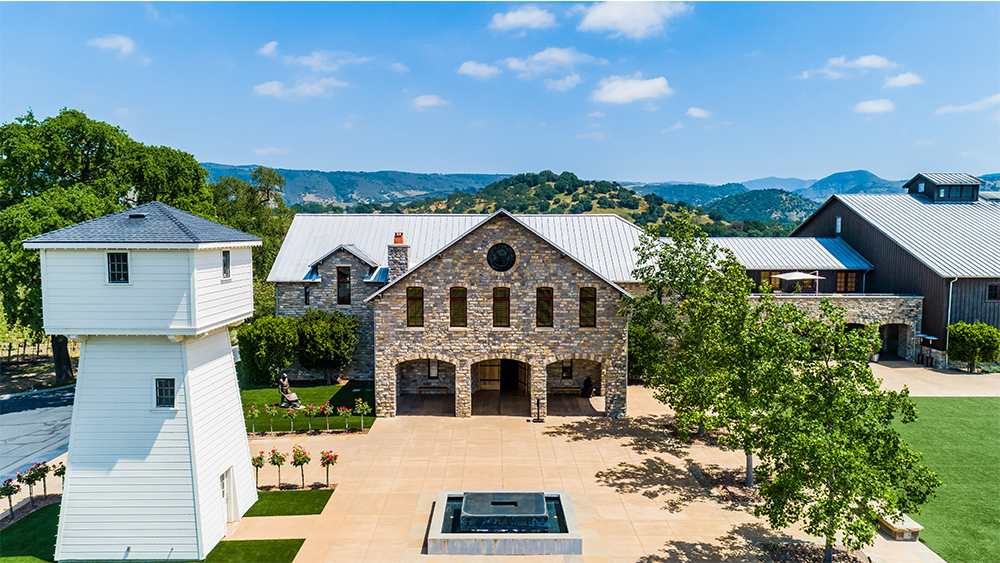 Drop into the new Splash Wine Bar at San Francisco’s Chase Center on a quest for Cabernet, and you’ll find the most prominent version offered under custom labels designed specifically for the Golden State Warriors. When the NBA team was ready for a wine partner to join them in their new home, it was iconic Silver Oak they turned to, and the commemorative bottles celebrate the collaboration. It was no random choice—Coach Steve Kerr reportedly calls the wine his “girlfriend.” And he’s not alone in the world of athletes and celebs. LeBron James tweets about Silver Oak; Peyton Manning gives out cases; Oprah calls it her fave. We even have it on the best authority that Carlos Santana and Matthew McConaughey are super fans.

Silver Oak isn’t the only wine favored by celebrities, of course, but as a fixture in the larger beverage culture in this country, it’s second almost to none. Check the tables at the MGM Grand in Las Vegas, where more than a few families gather to celebrate 21st birthdays for the younger generation, and not only will you spot bottles of Silver Oak on many of those tables, but those bottles are likely to be magnums, a celebration-sized vessel if there ever was one. So how did one winery acquire such a viral fan base (before viral was even a thing) and retain fierce loyalty through multiple generations? This year would be a good time to ask, as Silver Oak turns 50, with a look back at the brand’s seemingly discrepant (but in reality, brilliant) consistency in style against a background of constant innovation.

Silver Oak was built on California wine legends. On one side, Ray Duncan was introduced to, and lured into, wine growing in about 1970 (as the modern wine industry in Northern California was burgeoning) by his longtime friend Jack Novak of Spottswoode fame. On the other, Justin Meyer—a monk with the Christian Brothers order and wine apprentice to storied Father Timothy—left Christian Brothers’ St. Helena operation at Greystone Cellars about that time, and with a handshake, joined Duncan to found Silver Oak, with the 1972 vintage. The early brand might have been grounded in Alexander Valley (and later Napa Valley, with the 258-acre former Oakville Dairy farm Duncan had purchased), but with AVA status yet to be legally formalized, the bottles could say only “North Coast.” Regardless, when that 1972 Cabernet was released, it won a gold medal at the California State Fair, in 1977 (yes, that’s an unusually long lead time, and a pattern Silver Oak follows still, to give their wine time in both barrel and bottle to resolve into a luxurious sip the moment it’s released), launching the wine at the top of the wave of pioneering wineries overcoming US wine drinkers’ taste for the ubiquitous, anonymous red and white blends favored through the 1960s. 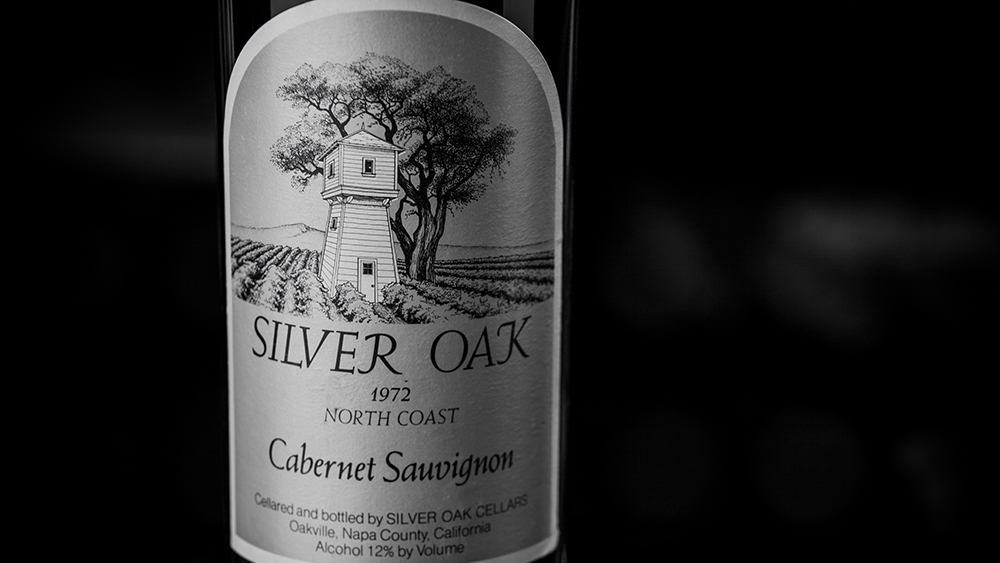 The choices Duncan and Meyer made for Silver Oak would come to define—and influence—both the industry and that taste across the country. In the first place, they chose to make one wine: Cabernet Sauvignon. That was downright Bordeaux-like in a New World region where producers were playing with all manner of varieties. Then, too, they set the price at $6 a bottle—unheard of when most wines cost $3 or less—arguably creating Napa’s first “cult Cabernet” (although admittedly, even corrected for inflation, $6 was a far cry from the astronomical sums so-called cult wines command today). Also daring, at a time when reputable California winemakers were adopting oak traditions from French coopers, the pair decided they would age their Cabernet solely in American oak, for its finer grain and somewhat more subtle tannin influence on the wine. Fifty years later, American is still the regime for Silver Oak; now, though, they own their own cooperage in Missouri and have fine-tuned the barrel production for even more refined nuances in the wine. And 50 years later, American oak is becoming cool again among winemakers.

Another particular style decision Duncan and Meyer made was, at first, ahead of its day, then somewhat behind, and finally right on the mainstream mark: their decision about when to pick the fruit. As current winemaker Nate Weis (only the third in the brand’s history, after Meyer and then the legendary—that word again—Daniel Baron, the only American at the time to have interned at Château Pétrus) describes it, they picked a little later than most at the time, for an edge of ripeness that would yield slightly softer tannins and a little more plushness than was the norm. (Small wonder the wine met a ready audience.) It wasn’t long, though, before Napa Valley winemakers began letting their Bordeaux reds hang longer and longer, accumulating higher sugar (and therefore alcohol) levels for an ever-more-hedonistic profile, but losing complexity and character of place in the process. Silver Oak didn’t go there. They stood their ground, with a balance that marries terroir with deliciousness, and as it turns out, that’s ground a quorum of winemakers are happy to occupy with them once again.

The decades brought firsts, innovations, acclaim—in 1979, the first Silver Oak Cabernet officially labeled Napa Valley; in the mid-80s, one of the first Alexander Valley–appellated Cabs; in 1990, the tradition of “Release Day.” Almost more of a festival than a tradition, in fact, Silver Oak’s Release Day brought legions of fans who literally camped out in front of the winery for the first crack at what had become their signature magnums. As Weis puts it, “a magnum turns out to be the sweet size for our wine.” And he probably fills more large-format bottles than any other winemaker in NorCal. 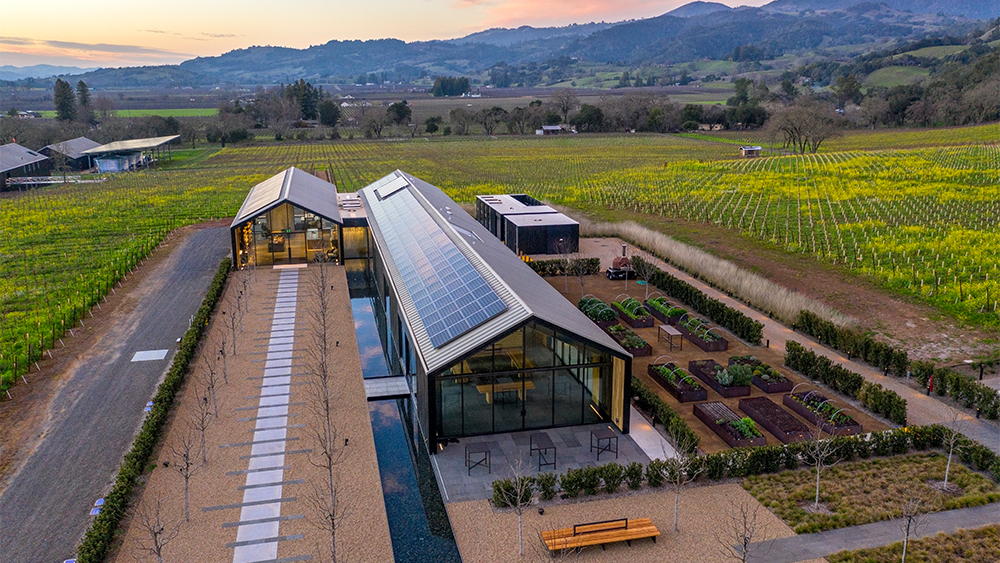 In the last decade, Silver Oak, now helmed by Ray’s sons, David and Tim Duncan, has taken advantage of the chance to build two spectacular new wineries, to lead on another critical front in the wine industry—earth-friendly construction. The new imposing stone Napa facility, a re-build after the old winery was razed by fire in 2006 (an experience the team had zero wish to serve as trail-blazer for colleagues in the valley, yet others did follow in later, devastating blazes), became the world’s first LEED-Platinum-certified winery. And in 2018, the new Silver Oak Alexander Valley winery also earned LEED Platinum certification, and in 2020, Living Building certification. Materials used were reclaimed, energy use is minimal, enough water is recycled in an elaborate system to service a small town. And quietly, Silver Oak is making its paths forged on the sustainable front available to others in the industry.

It’s not clear whether that younger generation drinking Silver Oak in Vegas is even aware of the wine’s sustainable cred, but the producer’s rigorous innovation is reason enough to be their brand of choice, according to Vanessa Conlin, Master of Wine and Chief Wine Officer for wineaccess.com. “With such an established and iconic winery as Silver Oak, it might appear as if nothing really changes much vintage over vintage in their approach,” she says. “But something that has always impressed me is the family’s massive economic and intellectual investment in innovation. The technology they’re using in the vineyards is among the most advanced in the world—conserving water, ensuring the health of the vineyards, and promoting the quality of their wines.”

With such distinctive style and innovation marking 50 years of Silver Oak, there will be celebrating! Some of the country’s best chefs are lined up for a series of exciting dinners (fitting, as a reminder that Silver Oak is one of the most-ordered Cabernets in high-end restaurants). Release Day, August 6, will be like none other. And to mark the occasion, Silver Oak has created a special 50th Anniversary Commemorative Magnum (of course, it’s a magnum).

It’s the latest vintage in the nothing-ever-changes camp, a wine style balanced between freshness and elegance, no display of raw power. A recent tasting back through pivotal vintages shows a through-line, even with significant variations among seasons. The 1989 Napa Valley Cab is still beautiful with plush dried fruit and savory graphite. The 1995 Napa Valley Cab—juicy, textural and spicy—is showing just a hint of that American oak vanilla and coconut, “an extra dimension,” Weis calls it.  The 2005 Anderson Valley Cabernet (now with touches of other Bordeaux varieties blended in) is complex and spicy, its dark cherry underlined with crushed rock and signature black olive. The 2008 Anderson Valley might have been bottled just yesterday, its dark fruit edged with typical herbaceousness and pops of oak spice and licorice. And the 2014 Anderson Valley has it all—the spice, the florals, the briary fruit, the savory olive, graphite and earth. 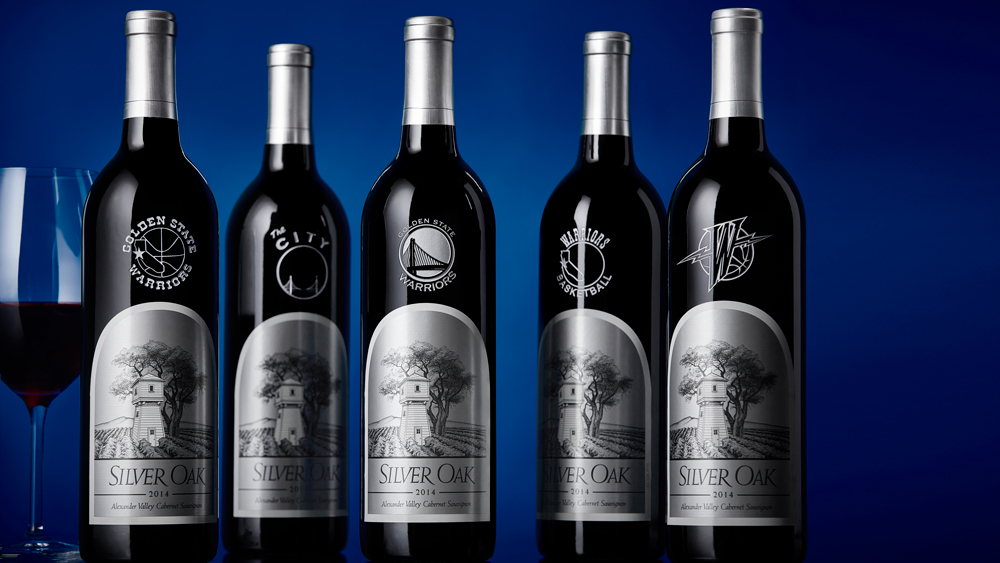 And the Silver Oak 2018 Alexander Valley Cabernet Sauvignon, the wine in the commemorative 50th Anniversary Magnum ($500, dropping on August 6), opens with a lovely sweet-savory dance of violets and earth, graphite and black olive weaving through cassis and black cherry aromas, with hints of anise and warm spice. Chewy tannins and lush textures are backdrop to generous dark, briary berry and cherry flavors edged with savory herbs and crushed rock—bright, structured and lush at once, the balance of a Goldilocks season.

There’s a lot to celebrate in 50 years of an American original (oak barrels and all). And David Duncan does honor the past. “I cherish the shoulders we stand on,” he says. “But I’m way more interested in the next 50 years. We’re looking forward!”

Ruben Randall - March 24, 2022 0
Celebrity
Jersey Shore: Family Vacation‘s Ronnie Ortiz-Magro has been out of the spotlight since his exit...