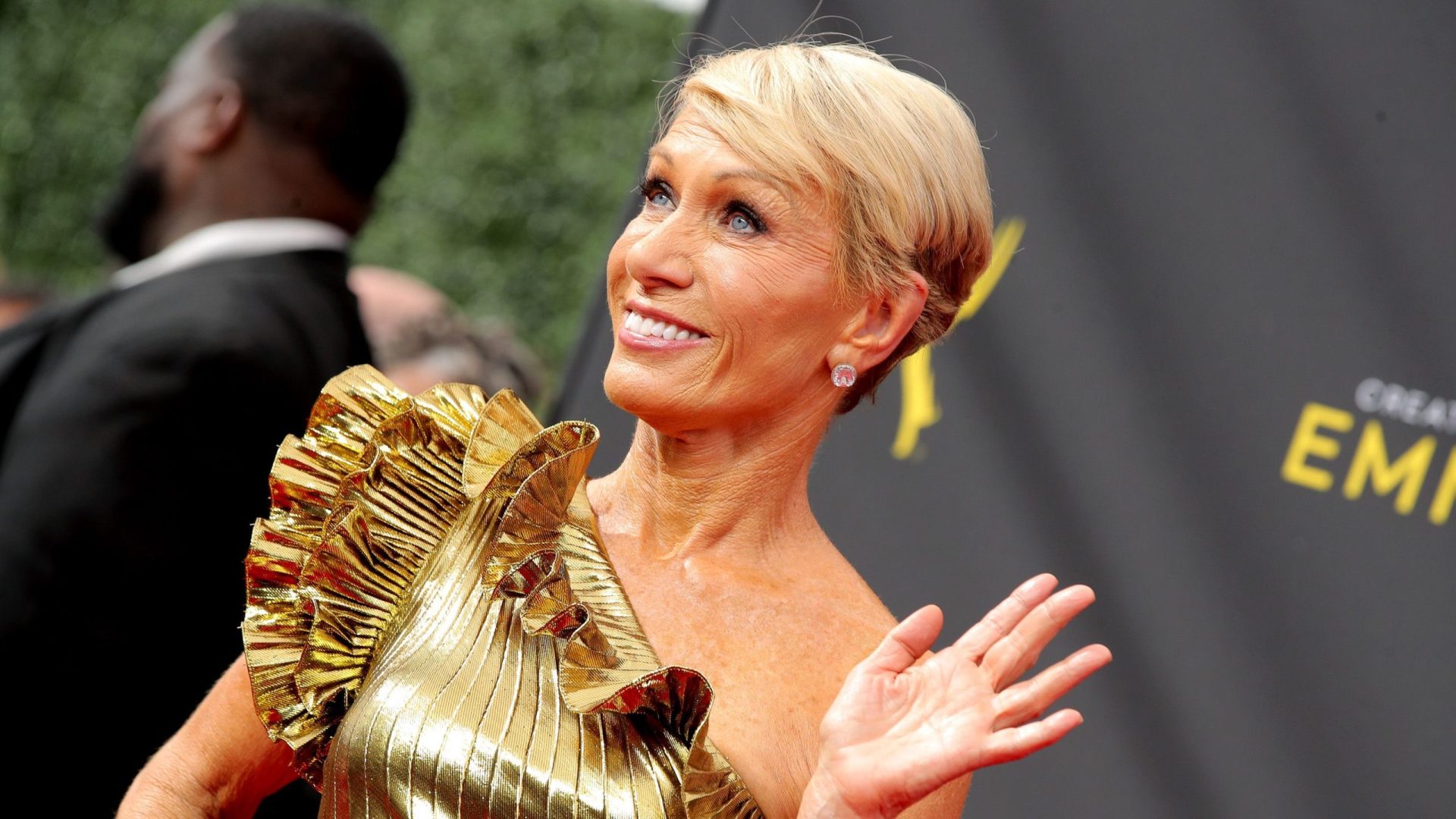 Barbara Corcoran, 73, is an American businesswoman, investor, motivational speaker, author, podcaster and reality TV show star who made a name for herself in the tough New York real estate market before charming audiences as one of the regular investors in ABC’s hit “Shark Tank.”

Read More: How Rich Is Former President Donald Trump as He Turns 76?
Find Out: 10 Richest People in the World

Corcoran founded her real estate firm, Corcoran-Simone in 1973, but later renamed it The Corcoran Group, which sold to National Realty Trust for $66 million in 2001.

Bonus Offer: Earn up to $1,500 by opening a Citi Priority Account with required activities.

She gained worldwide fame as an investor for “Shark Tank.” She began appearing on the show in 2009 and she is lined up to appear in season 13. Since her first appearance on the show, she has invested $5,460,000.  Her biggest investment to date is $350,000 for Coverplay.

Through her real estate company, investments, speaking engagements and appearance on “Shark Tank,” she has a net worth of $100 million, according to Celebrity Net Worth.

Corcoran followed her “Shark Tank” co-star Robert Herjavic by appearing on season 25 of “Dancing with the Stars” in 2017.  She was the first contestant eliminated that season.

For years, Corcoran has written features for magazines and newspapers such as the New York Daily News.

She has published three books “Shark Tales: How I Turned $1000 into a Billion Dollar Business,” “If You Don’t Have Big Breasts, Put Ribbons in Your Pigtails:  And Other Lessons I Learned from My Mom” and “Nextville: Amazing Places to Live Your Life.”

Barbara Ann was the second of ten children born to Florence and Edwin Corcoran in Edgewater, New Jersey, on March 10, 1949. She was not a good student. It was only years later that she learned that she had dyslexia. She managed to graduate high school with a D average. She did attend St. Thomas Aquinas College and graduated with a degree in education in 1971.

After only a year of teaching, she bounced around between 20 or so jobs, before her then boyfriend Ray Simone suggested that she go into real estate. He loaned her $1,000 and her firm Corcoran-Simone was formed. In the 1970s, she started a newsletter called The Corcoran Report, which covered New York City real estate trends.

Corcoran and the boyfriend who helped her launch her career never made it to the alter. In 1988, she married Bill Higgins, a naval officer and FBI agent. They have two children together.

It only makes sense that a real estate tycoon has some fabulous homes. And so she does.

Learn: The Richest Celebrity From Every State
Discover: Small Businesses That Celebrities Love

Corcoran and her husband bought a 2,700-square-foot apartment on Park Avenue for $3.5. Million in 2001. Fourteen years later, the pair purchased a penthouse, also on Park Avenue in the Upper East Side of Manhattan for $13 million.

Barbara Corcoran will be seen on next season’s “Shark Tank.”

Net worth information is sourced from Celebrity Net Worth and accurate as of June 20, 2022.

Michelle Tompkins is an award-winning media, PR and crisis communications professional with more than 15 years of experience covering traditional and new media topics. She is currently a communications strategist and writer, as well as the author of College Prowler: Guidebook for Columbia University — her alma mater where she earned a B.A. in film studies. Michelle’s primary topics of interest are arts & entertainment (TV, humor, theater and classic films are favorites), food and lifestyle. She also covers general news, business, beauty, gift guides and medical/health-related stories. Michelle also has a passion for conducting interviews with all sorts of interesting people. When not working or watching too much TV, she is a skilled home cook specializing in Puerto Rican and Southern cuisine, loves in-home entertaining and trivia/games nights, sipping Jack Daniels on the rocks and cheering for the San Francisco Giants.

Ruben Randall - April 26, 2022 0
Celebrity
To listen to Qu Dongyu, the director-general of the United Nations’ Food and Agriculture Organization (FAO), you would never know that Russia has...