Dune has been many things to many people. But at its heart, Frank Herbert’s beloved 1965 cult novel is the story of a desert — specifically, the spice-mining desert planet Arrakis. Previously adapted for the big screen in a confounding and ill-fated 1984 David Lynch phantasmagoria, Dune has, over the decades, become one of those rare fanboy and -girl properties that’s begged for another go-round. And finally, when Denis Villeneuve‘s Dune arrives in theaters and on HBO Max on Oct. 22, a new generation will get the chance to feast their eyes on the haunting dune-world of Arrakis.

It was on one of those sand-swept days of shooting in Abu Dhabi and Jordan’s Wadi Rum valley that Rebecca Ferguson wrestled with her greatest fear.

“I can’t be locked in,” says the highly claustrophobic Swedish actress, who stars as Lady Jessica, the concubine of Oscar Isaac‘s Duke Leto Atreides. “On every set I always have to make sure that if they lock me into something, there needs to be an out.” 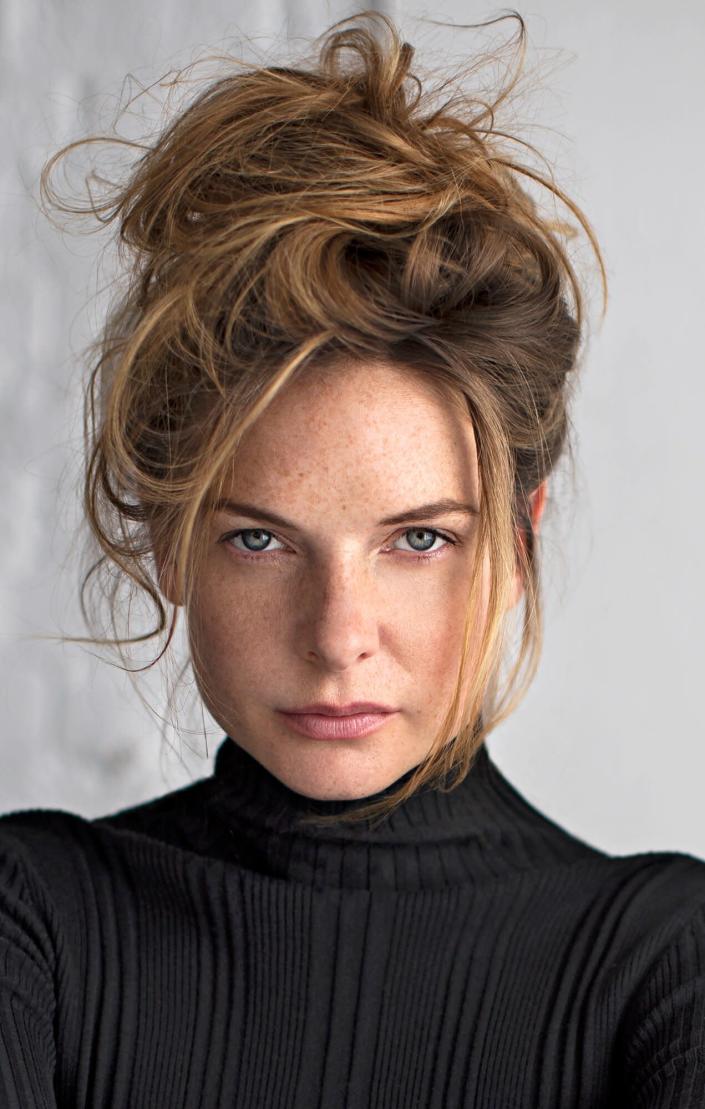 During one Dune scene in which Ferguson is trapped in a birdlike flying machine called an ornithopter, her terror was pushed to its white- knuckle limit. “In the ornithopter, there was a moment when I panicked and I literally took my foot and just kicked the door out,” she says. “I needed to know I could get out.”

Tight, enclosed spaces aren’t the only thing Ferguson is afraid of these days. She also worries about being typecast. Which is why she initially balked when Villeneuve (whose sci-fi bona fides include Arrival and Blade Runner 2049) told her about Dune’s Lady Jessica. Now 38, Ferguson made her acting debut on a Swedish soap opera at age 16. The 2013 BBC series The White Queen followed — and her luminous, star-is-born performance as Elizabeth Woodville on that show led to her joining the Mission: Impossible franchise in 2015’s Rogue Nation as the fierce and fearsome British spy Ilsa Faust. American audiences were finally paying attention. Since then, new opportunities — and offers — have just kept coming.

“When Denis explained Jessica, he said, ‘She’s strong, we see the film through her, she can kick ass.’ And I was like, ‘Oh, great, so it’s basically Ilsa Faust and every other queen that I’ve done,'” Ferguson says wryly over a Zoom call from London. “I think my head went into ‘Oh, for God’s sake, I’m being typecast as strong female characters.’ And I thought, how the hell do I get out of that? It’s lovely, but I also find vulnerability really strong. I find fear very interesting.”

Ferguson also worked to break out of typecasting with another 2021 film, Reminiscence (which hit theaters and HBO Max in August). Hugh Jackman — her costar in 2017’s The Greatest Showman — plays the film’s protagonist who becomes obsessed with Ferguson’s Mae, despite the fact that he doesn’t actually know a lot about her.

“Rebecca and I talked from our very first meeting about how the entire point of the film was to take the idea of a ‘true love’ or a simple ‘femme fatale’ and smash the concept to pieces,” director Lisa Joy says. “Mae is a character who, like Rebecca, and like all women, is used to the gaze of the world upon her — making assumptions about her, trying to fit her into an easy ‘type.’ Mae uses those assumptions like weapons against anyone foolish enough to underestimate or pigeonhole her. Every part of this unveiling and debunking of stereotypes was deeply contemplated by Rebecca and myself.” 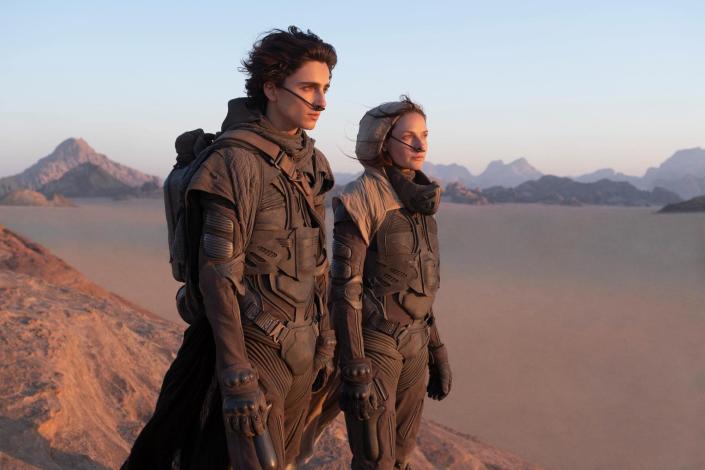 Ferguson says she found her way into the character of Lady Jessica through the thickety, future-shock prose of Herbert’s trippy novel. The more time that Ferguson spent with it, the more she saw what made Jessica unique. The Atreides matriarch loves her duke and their son, Paul (Timothée Chalamet), but she’s also not afraid to play them like pawns on a chessboard.

“She knows that when she makes a son [rather than a daughter, thus disobeying her orders], she is literally creating chaos,” the actress says. “She puts him basically in a death sentence from the day he’s born, and she knows this. She has to push him into emotional, spiritual, and physical extremities. It’s so beyond what I’ve experienced as a mother.”

A mother of two, Ferguson took her teen son to see Dune shortly before her EW interview in August. The playful duo spent the entire film nudging each other every time something extreme happened. In other words, she couldn’t be less like her character, who’s spent years molding her son into a living weapon. And though Lady Jessica deploys violence as the need arises, she isn’t punching her enemies in the face or shooting them with a flute gun like Ilsa Faust.

“I love the fighting we do in Mission,” Ferguson says. “It’s hard, it’s beautiful, it’s amazing to do, but it’s really choreographed. The fighting in Dune is for necessity. It’s not an elongated fighting sequence; it’s a quick disarm to prove your point or prove your power. So everything is at such different levels than what I’m used to.”

The elaborate action scenes of the Mission: Impossible installments and the lavish world-building sets of Dune both lend tactility and weight to these huge blockbusters. But despite her presence in multiple big-budget franchises, Ferguson notes (rather happily) that she’s barely worked with greenscreen in her films. Still, Dune’s massive, out-of-this-world scale does necessitate some technological wizardry. Because out there in the great desert, where Ferguson stared down her claustrophobia, where Jessica and Paul come to understand each other, dwell the great beasts known as sandworms — or, to the initiated, “Makers.”

So Ferguson steeled herself for one more fear to confront… and conquer.

A version of this story appears in the October issue of Entertainment Weekly, on newsstands beginning Sept. 17. Don’t forget to subscribe for more exclusive interviews and photos, only in EW.

This Is Mark Wahlberg’s Best Role, According To 21% Of Fans We Polled

Arrow Alum Kat McNamara Explains How She Developed Her Character Without The Help Of...

Ruben Randall - October 17, 2022 0
Actress
Whether they're fighting for their lives, chatting at a sidewalk café, or just staring into each other's eyes, fans can witness the attraction between...