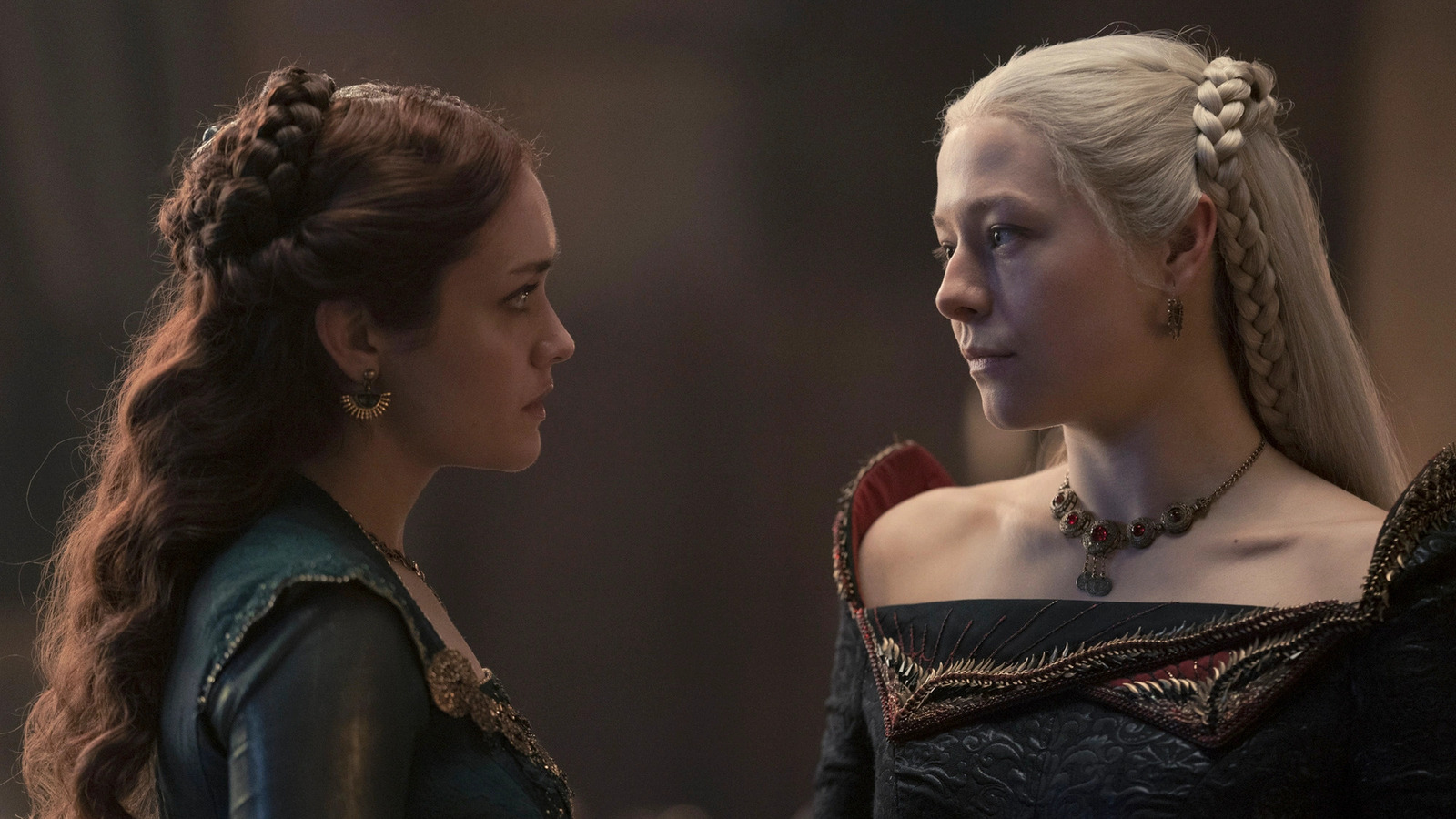 Viserys addresses Alicent, believing her to be Rhaenyra, and answers the question about Aegon I’s prophecy that Rhaenyra asked earlier, saying, “The Prince. To unite the realm against the cold and the dark. It is you. You are the one. You must do this. You must do this.”

Of course, Alicent had no idea that Viserys was referring to the Song of Ice and Fire prophecy. According to Alicent’s actor, Olivia Cooke, Alicent took it to mean that Viserys wanted her son, Aegon II, on the throne, and how Alicent wasn’t even necessarily happy about this.

“There was a massive amount of relief when Alicent told Rhaenyra, ‘You will make a great queen.’ She’s so over the fighting and having this ball of bitterness and anxiety in her stomach: Just let it go, Rhaenyra is the heir, this is fine. When Viserys says that, I genuinely think she thinks he’s talking about Aegon, her son. And I think she’s furious. She’s like, ‘After all that?’ But Viserys is on his deathbed; that’s what he requested, and so she must follow it through. Whether that’s unconscious wishful thinking, I don’t know, but that’s how I played it.”

Alicent, like all of us, was grateful that the tension between the greens and the blacks was perhaps finally coming to an end. Like all of us, though, she quickly realized that it will not be.

Sepp Blatter’s Net Worth – How Much Money Does the Disgraced FIFA President Really...

House of the Dragon: Olivia Cooke Asks Fans Not to Take...