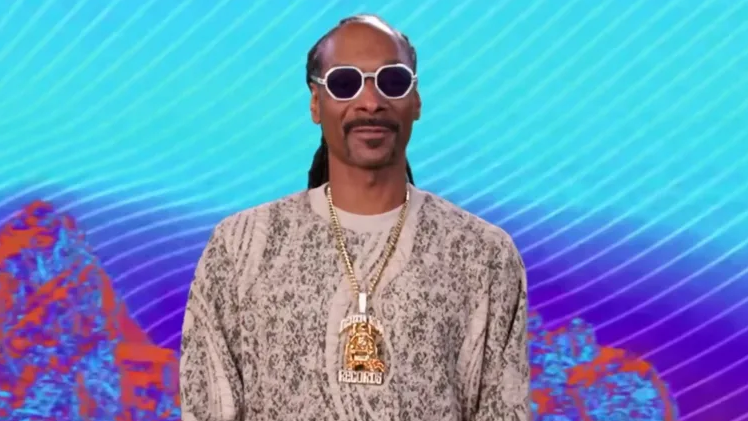 Snoop Dogg is 51 years-old, has a net worth of a whopping $150 million dollars and has even found an unlikely pairing with Martha Stewart.

By Rick Gonzales
| Published 4 days ago

Snoop’s career has lasted 30+ years and shows no signs of slowing down. It has been filled with music (over 35 million albums sold worldwide), music videos, movies, one very shocking partnership, and, of course, weed.

Calvin Broadus Jr., aka Snoop Dogg, is a California kid. He was born in Long Beach and it was there that he discovered, at a young age, his fondness for Peanuts, more specifically, Charlie Brown’s dog Snoopy. “As a kid born in the ’70s, mom used to put on a TV show called Charlie Brown,” he explained to CNBC’s Maria Bartiromo.

“And there was a character on there named Snoopy. And I used to love him to death. And my mama said I started to look like him so much ’cause I watched him all the time, and that’s what they used to name me.” Snoop Doggy Dogg was born and the rest, as they say, is history.

Snoop Dogg was born on October 20, 1971. Throughout his 51 years, he has lived an adventurous life. The first six years of his career strictly revolved around his rap music and music videos. Working with Dr. Dre, Snoop Dogg began to carve out an impressive early music career. He signed with the label Death Row, a move that would be key to his early success, but also one that would find him a lot of trouble.

Snoop Dogg’s music became part of what was known as Gangsta rap, which began to take on a life of its own. At age 22, Snoop Dogg was charged with first-degree murder for the shooting of rival gang member, Philip Woldermariam. In actuality, the rival gang member was shot and killed by Snoop’s bodyguard. Snoop Dogg was acquitted, and it was then he decided that living the “gangsta” life was not for him.

With all his music, videos, films, television, and even books, Snoop Dogg has amassed a nice little fortune. Right now, his net worth sits at a whopping $150 million. Not bad.

Let’s take a look back at Snoop Dogg’s life on the streets and his rise through the music industry.

The video was for the song Murder Was the Case and it was turned into a short film that had Snoop playing a fictionalized version of himself. In it, he is making deals with the Devil so he could survive being shot.

The bulk of his first few years as an entertainer revolved around starring in music videos. In fact, his first 18 or so projects were all music videos. The first actual feature film Snoop starred in was the 1998 stoner comedy, Half Baked. It would be the first of four films he’d appear in that year.

The 2000s saw Snoop begin to get more acting roles, though he also kept very busy with music videos. In 2001, Snoop Dogg got a part in the film Training Day, which saw the film’s lead actor, Denzel Washington, take home the Oscar for Best Actor. Snoop’s role was a small one, but it would set the precedence for how much of his acting career would go.

Following Training Day, Snoop Dogg would make brief, and sometimes extended appearances in movies like Old School, Pauly Shore is Dead, Starsky & Hutch, Soul Plane, Meet the Blacks, and its sequel, The House Next Door: Meet the Blacks 2. He would appear as himself in many films (like Old School) but Snoop didn’t limit himself to just feature films.

He has been involved in a number of documentaries while also providing the voice in a few animated films as well. Snoop Dogg has also been seen on TV and is an avid professional wrestling fan, so when he had a brief storyline on the WWE, it wasn’t surprising. He was even the master of ceremonies for 2008s WrestleMania XXIV.

If there is one thing you can truly appreciate about Snoop Dogg is his hard work. Along with all his music and music videos, Snoop keeps himself very busy in front of the camera. For instance, between 2019-21, Snoop the rapper/actor appeared in nearly 60 projects. He even lent his voice to the 2020 video game, Madden NFL 21: Face of the Franchise: Rise to Fame.

Not only is it shocking for various reasons, but it is also just as surprising. The bond between Snoop Dogg and Martha Stewart, in the beginning, was a major head-scratcher – Snoop the stoner rapper with an edge and Martha, buttoned-up, prim and proper. But as time wore on, it was apparent that their friendship was real, one that would turn from budding respect to outright love.

See also  Tyreek Hill net worth: This will be the Dolphins WR salary in 2022

Snoop D-O double G first met Stewart in November 2008 when she invited him on her Martha Stewart Show. She brought him on to help make mashed potatoes and they hit it off immediately. Snoop’s segment had the pairing bantering back and forth about peeling potatoes and they also joked about the specific way Snoop Dogg talks.

The second time Snoop Dogg and Martha met was again on her Martha Stewart Show. It was for the 2009 Christmas episode. This time Snoop arrived looking much more dapper than his first appearance and instead of making mashed potatoes, the pair made “green” brownies. Again, the two were light and breezy with each other, constantly joking, with Stewart finally asking Snoop “why green brownies?” Snoop, that sly dog, answered by telling Martha simply that green is “environmental.”

While it may appear on the surface that their backgrounds and personalities would never allow them to be in the same room together, the opposite is true. And it is a friendship (yes, strictly professional) that has simply grown over the years.

In fact, Stewart has had to answer several times over the years if there was more to their relationship than meets the eye because the eye sees them during their playful banter that borders on the lines of being flirtatious. But Stewart cleared up any notion of two being more than just best friends.

First off, they are separated by nearly three decades and Snoop Dogg is a married man and “Snoop is younger than my daughter,” Stewart explained via Mashed. “We have to have a professional relationship, don’t we Snoop?”

Although all of the above is true, it does not mean Stewart can’t sit back and admire Snoop for who he is. “He is very attractive, I must say, he really is an attractive human being,” Stewart said. “Everybody likes him. It’s so nice that he’s popular, and the guests really adore him and respond to him nicely. And he has a great sense of humor.”

Ever since they first met, the pair have found ways to work together, whether it be on television or even on podcasts. It took a good six years after their first time together for them to really start fostering their friendship. In 2015 the pair reunited for the Roast of Justin Bieber.

On the Late Show with Seth Meyers, Stewart had to deny any smoking of weed though she did say that by the time she got up to the microphone she was definitely high. “Secondary smoke is just as powerful as primary smoke,” she explained to Meyers, alluding to the fact that Snoop Dogg was in full smoke mode during the taping of the show.

See also  What’s Up with Nikki Cox? Everything About the Star

In July 2016, Snoop Dogg and Martha appeared on the TV show $100,000 Pyramid, and believe it or not, they did quite well. One month later, the dynamic duo announced that they were doing a joint VH1 cooking show called Martha & Snoop’s Potluck Dinner Party. Their fun sense of humor was on display with some of the advertisements they ran for their show, one being a take on the famous scene from the hit film Ghost.

During a September 2016 interview with Rolling Stone, Snoop Dogg had nothing but wonderful things to say about his partner in crime. “I’ve never met anyone like Martha Stewart. When we come together, it’s a natural combination of love, peace, and harmony,” he said. Their relationship has gotten even stronger. They appeared together on The Ellen DeGeneres Show playing the “Never Have I Ever Game.”

In 2018, the Gin and Juice rapper wrote a cookbook titled From Crook to Cook: Platinum Recipes from Tha Boss Dogg’s Kitchen and Martha Stewart wrote the forward. In April 2019, the pair changed their show to start the third season to Martha & Snoop’s Potluck Party Challenge and created another fun promo, this time recreating the famous scene from the film Titanic.

It is an amazing friendship, one that most of us never saw coming. But watching the two together, one can see genuine love and appreciation for who they are and what they are all about.

So, where does Snoop Dogg go from here? Apparently wherever he wants. His popularity has not waned in the least and on the movie side of things, he has plenty of projects lined up.

He will be seen in Day Shift, Spoken Mirrors, and the upcoming TV series, Doggyland.

He continues to produce music, his latest musical venture being BODR (Bacc on Death Row), and music videos. Of course, Snoop Dogg always has his BFF, Martha Stewart.

Ruben Randall - November 3, 2022 0
Money
Fame is an awesome thing to have, right? With it comes power, influence, popularity, and of course, money. But as much people who...