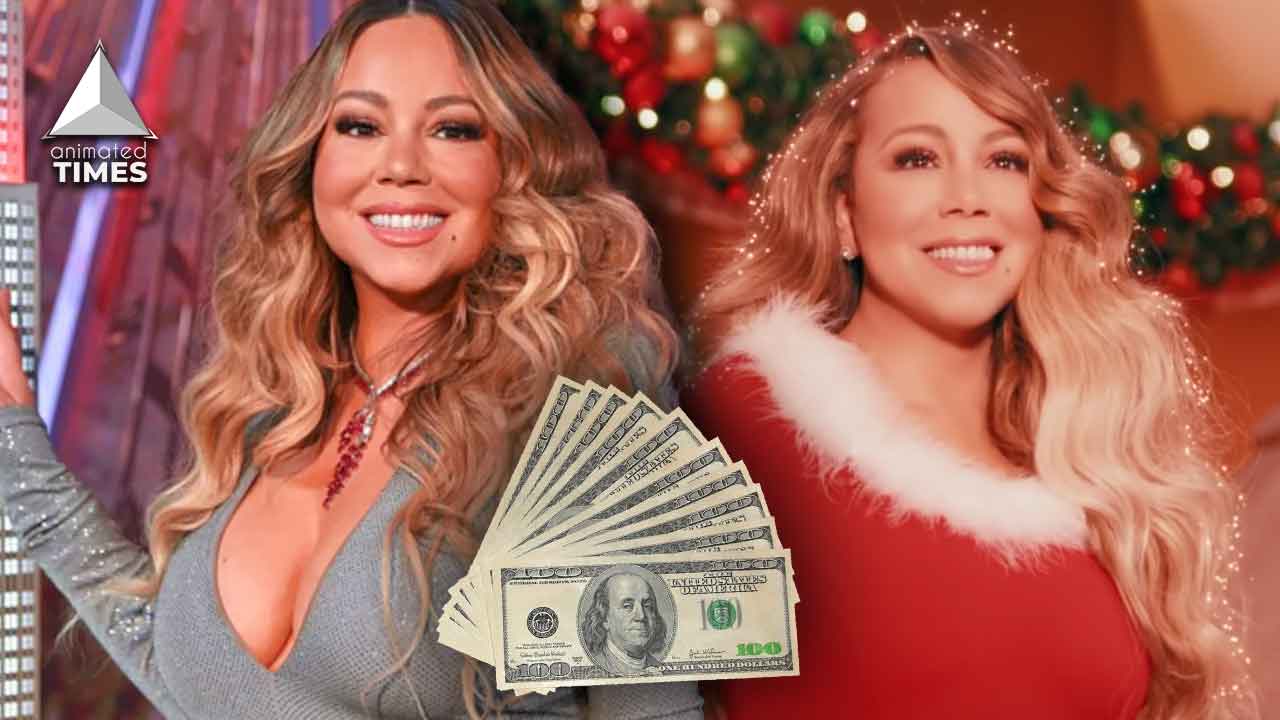 The American singer Mariah Carey is known for her five-octave vocal range, melismatic singing style, signature whistle register use, and songwriting. She is called the “Songbird Supreme” and the “Queen of Christmas.” Even though it’s a month and a half away from Christmas, Mariah Carey has already started rubbing her hands together.

No doubt you know Mariah Carey’s iconic All I Want for Christmas is You if you are a fan of classic Christmas music. This song is like a goose that lays golden eggs. A Christmas soundtrack like this can’t be found anywhere else. This is the time of year when festive tunes are playing everywhere – and we’re wondering how much Mariah Carey makes every year.

Every Christmas, How Much Money Does Mariah Carey Make?

It has been almost 30 years since the song was created, but it hasn’t gone out of style. Even though it is played in November and December, it still has the same prestige it has always had. Some dizzying statistics surround the song All I Want for Christmas. Over 730 million people have watched the video on YouTube, and 1.18 billion people have listened on Spotify.

In December alone, Mariah Carey earned between £450,000 and £750,000 from All I Want For Christmas Is You, according to Celebrity Net Worth. Based on the tune, it is widely believed that she makes approximately £380,000 in the UK alone.

Considering the money; she will also receive from streaming services such as Spotify, it’s bound to be a substantial amount. It doesn’t seem like Carey will have to worry about her finances soon as the Christmas celebrations arrive earlier and earlier each year. In 2019, 2020, and 2021, it became the first song to top the Hot 100 Chart three years in a row.

This holiday season is the perfect time for both. Even though Mariah Carey has a legitimate claim to the title of Christmas Queen, she said on Thursday that she’s more than happy to share the spotlight with another member of the holiday royal family.

Country legend Dolly Parton was asked in an interview with Better Homes & Gardens whether she considers herself worthy of the title over Carey. Mariah Carey tweeted on Friday on her Twitter handle, which reads,

76-year-old Parton is getting into the holiday season by re-releasing her A Holly Dolly Christmas album, which includes a duet with her goddaughter Miley Cyrus and the new Christmas TV show, Dolly Parton’s Mountain Magic Christmas. The new yuletide classic, Almost Too Early For Christmas, is also her collaboration with Tonight Show host Jimmy Fallon.

Carey will also star in a two-hour prime-time special, Mariah Carey: Merry Christmas to All!, which will air on CBS and Paramount+ on December 20.

Also Read: ‘This doesn’t feel good. Why am I never happy?’: As Divorce Trouble With Ben Affleck Escalates, Jennifer Lopez Contemplates Why Last 3 Marriages Ended in Failure Despite $450M Fortune