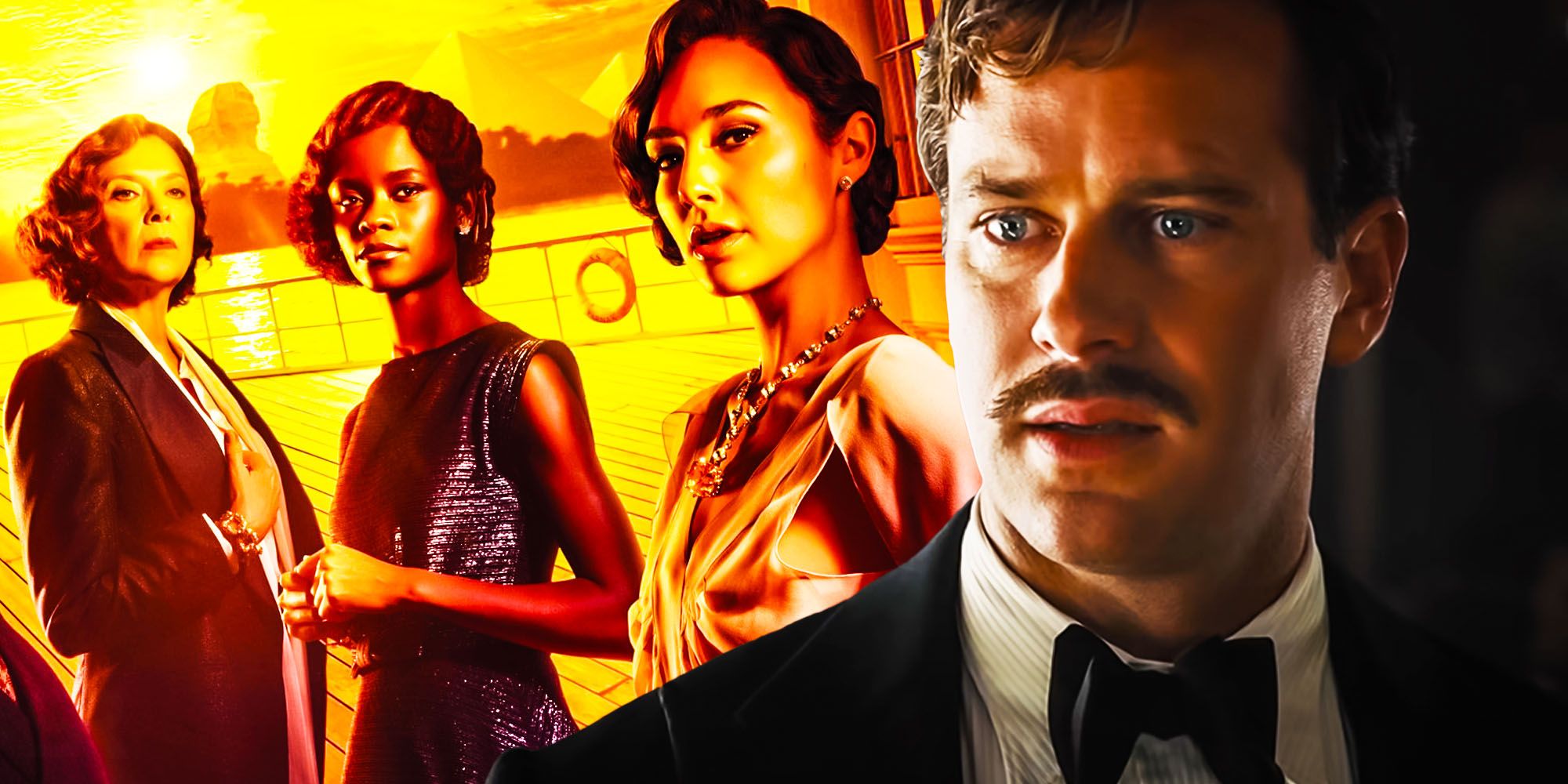 Death on the Nile has an ensemble cast, including Armie Hammer. We break down how much of a presence the actor has in the film & why he’s still in it.

Armie Hammer dropped out of several projects in 2021 after abuse and rape allegations emerged, but he’s still in Death on the Nile — here’s how much he’s in the film and why he’s still. Many might remember Hammer from films like The Man from U.N.C.L.E. or Call Me By Your Name, but Death on the Nile seems slated to become his last film (at least for a long while).

Hammer was cast in Kenneth Branagh’s Death on the Nile in October 2018 and filmed his scenes as Simon Doyle, the husband of Gal Gadot’s Linnet Ridgeway, in late 2019. However, in March 2021, the Los Angeles police department launched an investigation into the physical abuse and rape allegations made against the actor. The actor exited several projects he was scheduled to begin filming that year, including a Jennifer Lopez movie called Shotgun Wedding. Questions emerged regarding whether Hammer would remain in Death on the Nile or if his scenes would be reshot.

However, Hammer is very much in Death in the Nile — and he’s in it quite a lot. Considering the film has an ensemble cast, every character is a part of the plot in some way (and each of them a suspect). But unlike a few characters, Hammer’s Simon is far more crucial to the central story and is in the film for the majority of its scenes. What’s more, Simon is the driving force behind a lot of what’s happening in the murder mystery; being married to one of the main characters proves to be pivotal and a lot of the film’s story details wouldn’t have worked otherwise. If one had to guess, Hammer is in Death on the Nile for about 85% of the film, so it wouldn’t have been easy to edit him out of the film without at least casting someone else in his place.

While it was easy to replace the actor in other upcoming projects, the folks at Disney decided against reshooting Hammer’s scenes. Reshoots cost millions of dollars and may take a few months to complete. Death on the Nile was already pushed back an entire year due to the global pandemic; the other actors involved in the film, including Annette Bening, Game of Thrones  actress Rose Leslie, and Black Panther’s Letitia Wright, had already moved on to other projects. All told, it would have proved far more difficult to remove Hammer from the film rather than keep him in it, which is why Disney opted for the latter option.

And while Hammer still plays a significant role in Branagh’s Agatha Christie adaptation, the marketing for Death on the Nile has attempted to keep him in the periphery so as not to draw much attention to him. With so many other characters in the film, this was a bit easier to do, but still challenging. Hammer is barely in the movie’s trailer, which is heavily edited and downplays the importance of his role, and the actor is one of the only characters not to get a poster featuring him individually. In the group poster, he appears a bit smaller and farther back from the center behind Gadot. But despite trying to hide him from view, Hammer’s presence in Death on the Nile can’t be avoided.

Next: Every Upcoming Disney Movie In 2022

See also  Find Out Why You Need To Check Out Dilworth Park in Philadelphia, PA

Mae Abdulbaki is a movie reviews editor with Screen Rant. She previously wrote about a variety of movies and TV shows for Inverse, CinemaBlend, Pajiba, and The Young Folks, where she wrote reviews, features, news pieces. Her other work can be found at The Mary Sue, Film School Rejects, UPROXX, Heroic Hollywood, Looper, The List, and Bam Smack Pow, among others. Mae has also appeared on television segments, podcasts, and panels to discuss all things entertainment.

Why is Khloe Kardashian upset? Why Tristan Thompson’s paternity suit scandal again in the...