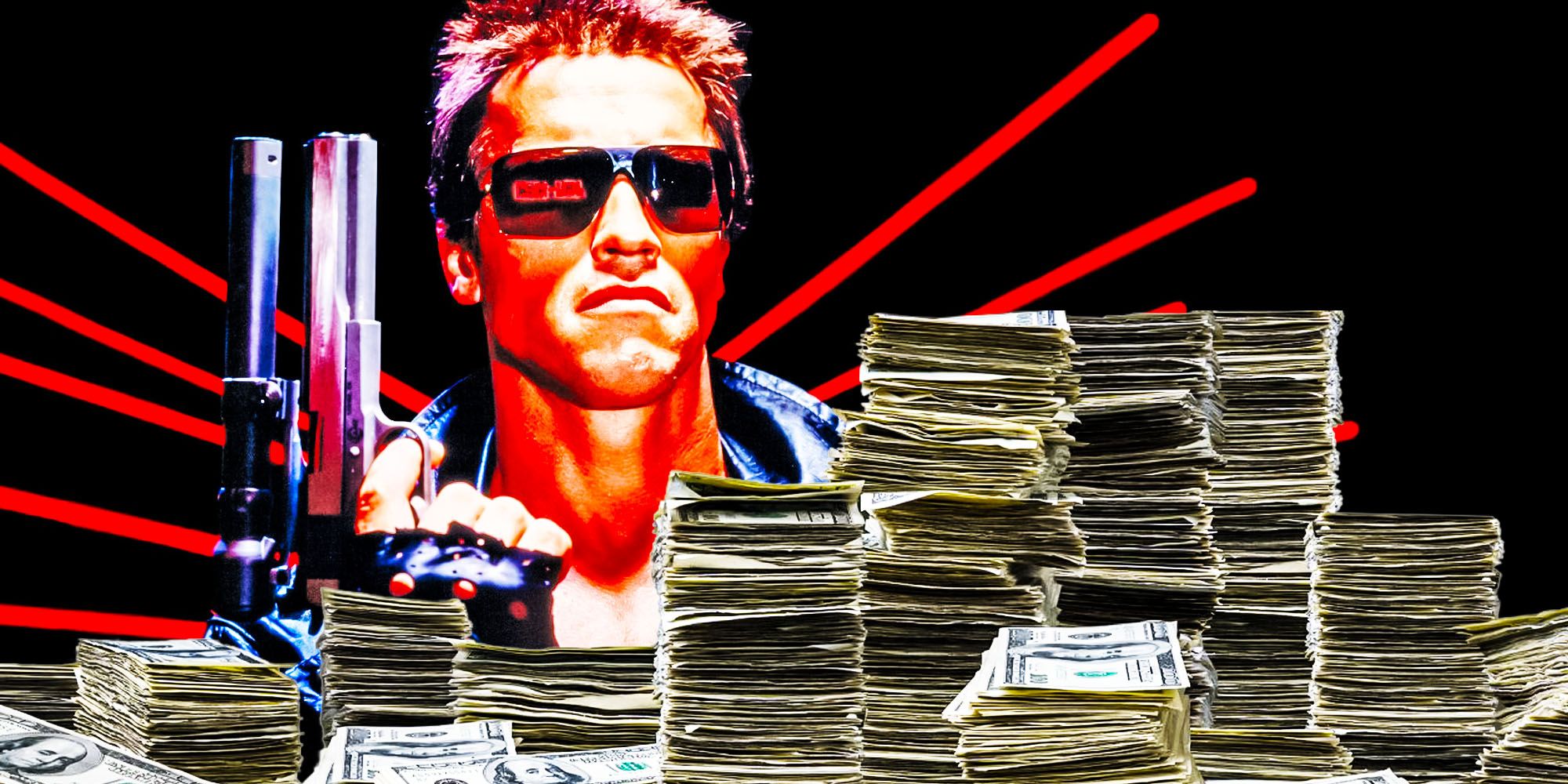 The Terminator franchise made Arnold Schwarzenegger one of the most famous action stars of all time, but how much was he paid for The Terminator? While the actor was known for films like Conan the Barbarian, he didn’t earn as much money for the first Terminator movie compared to many of his other hit projects. This set a precedent for the rest of his career and how much he would earn per film he starred in.

Prior to becoming to Governor of California in the 2000s, Arnold Schwarzenegger appeared in many popular films such as Kindergarten Cop, Batman & Robin, and Jingle All the Way. But his highest level of fame began after appearing in James Cameron’s The Terminator, a film in which he portrays a cyborg assassin sent back in time to kill Sarah Connor, whose unborn son John will go on to save mankind from extinction. The sequels go on to show different variations of his character T-800, one who is an antagonist and another who is a hero. The evolution of the T-800 Terminator over the years may have played a part in killing the franchise for now, but it has become one of Schwarzenegger’s most well-known roles throughout his decades-long career.

Because Arnold Schwarzenegger had little to no line speaking lines in The Terminator, he didn’t earn very much money for his crucial role. Speaking only 17 lines in the entire movie, he was paid only $75,000. This adds up to over $4,400 per word. Adjusted for inflation in 2022, the $75,000 would be just about $214,000 today. What seems like a measly amount for a starring role is true, but Schwarzenegger helped shape the original T-800 as one of the most iconic villains and characters in the 1980s to today. Unsurprisingly, he went on to make significantly more money for the Terminator sequels and in other films.

How Much Was Arnold Schwarzenegger Paid For Terminator’s Sequels

Compared to The Terminator, Arnold Schwarzenegger made a large amount of money for Terminator 2: Judgment Day and Terminator 3: Rise of the Machines. The first sequel received a larger budget, and a lot of that money went to Schwarzenegger. He reportedly earned $15 million for portraying the heroic T-800, this time speaking far more. For speaking 700 words, he was paid $21,428 for each word he delivered. The amount of money it took to make the film was around $100 million, so his paycheck was about one percent of the entire budget. Terminator 3 saw even larger earnings for the actor, which saw him bring in $30 million amongst an increased budget of nearly $200 million to make the movie. He also earned an extra $5 million due to the film’s profits. Terminator: Dark Fate’s box office problems created issues for future sequels, however. It isn’t publicly known how much Arnold Schwarzenegger made for Terminator Genisys and Dark Fate. Schwarzenegger’s current net worth is upwards of $400 million, and he typically makes $20-30 million per film. Dark Fate‘s budget went on to be one of the largest in the franchise. Therefore, he likely earned a similar sum of money to appear in the final films of the Terminator franchise.

Terminator Salvation did not see the return of Arnold Schwarzenegger’s Terminator. At the time of filming in the summer of 2008, the actor had made a brief career change and was serving as the Governor of California. During his time as governor, Schwarzenegger’s Hollywood role was limited to cameos, and he didn’t get back into acting until after his term ended. Christian Bale went on to replace him as the lead actor as an adult John Connor. He also revealed Terminator Salvation was meant to bring change to the films and not rehash storylines. Bale was right about the Terminator franchise because it ultimately did show something unique. The film was relatively successful, but low critical reception and bad reception of the two sequels caused The Terminator franchise to slow down.

Biden takes a back seat to Cheney- POLITICO

Ruben Randall - July 22, 2022 0
TV/Movies
TEEN Mom Kailyn Lowry has dropped a major hint that she's pregnant with her fifth baby as fans spot an obviously sign in a...