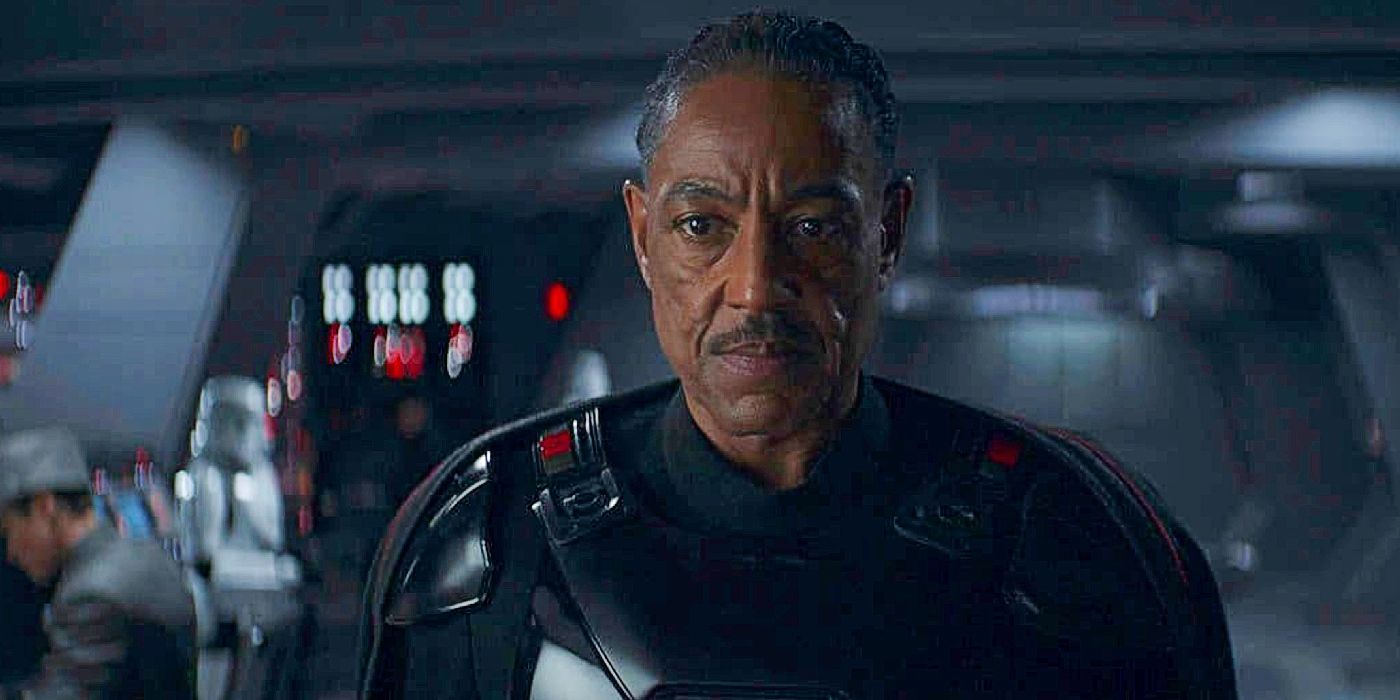 Giancarlo Esposito explains how his villain character, Moff Gideon, will be different in The Mandalorian season 3 compared to previous seasons.

Giancarlo Esposito explains how his villain, Moff Gideon, will be different from past seasons in The Mandalorian season 3. First hitting Disney+ in 2019, The Mandalorian has since become one of the most beloved projects set in the Star Wars universe. The hit show sees Pedro Pascal play the titular Mandalorian, who finds his strict belief system tested when he encounters a small creature known as Grogu. The Mandalorian season 2 concluded in December 2020, with Pascal’s character also showing up in the more divisive The Book of Boba Fett.

Although The Mandalorian features several villainous characters, Moff Gideon remains the most formidable. Played by Esposito, who is also known for his role as Gus Fring in Breaking Bad and Better Call Saul, Gideon acts as the leader of a remnant of the Galactic Empire, which was largely defeated during the events of Star Wars: Return of the Jedi. Gideon quickly becomes at odds with the Mandalorian due to his desire to capture Grogu and exploit him for his midi-chlorians. The Mandalorian season 2 ends with Gideon seemingly defeated after the arrival of Luke Skywalker, with The Book of Boba Fett later revealing the villain has been sent to the New Republic for intervention.

During a panel at the D23 Expo, which Screen Rant attended, Esposito provides a few hints about Gideon in The Mandalorian season 3, revealing that the character will be different from what fans expect. The actor explains that the upcoming season will see Gideon “vulnerable” for the first time, a stark departure from the serious and ruthless Gideon seen in seasons past. Check out Esposito’s full comment below:

“You haven’t seen Moff be vulnerable before… Only you can supply yourself with the patience to find out what comes next.”

Although Esposito doesn’t reveal too much about the upcoming third season, it would seem that Gideon will remain in a place of weakness following the events of the The Mandalorian‘s season 2 finale. After losing the Darksaber and his army of elite Dark Troopers, Gideon is clearly without the means to continue to pursue Grogu. While viewers may see Gideon vulnerable, that doesn’t mean, however, that he cannot still escape his captors in the New Republic in order to recoup his power and continue to be a formidable villain.

The Star Wars franchise is well known for its treatment of villain characters, often presenting them as one-dimensional forces of evil at first before then revealing their inner humanity. Darth Vader, for example, initially a ruthless killer, eventually becomes one of the key figures responsible for the overthrow of the Emperor and the destruction of the Galactic Empire in Star Wars: Return of the Jedi. It remains to be seen whether Gideon’s vulnerability will lead to a transformation as grand as Darth Vader’s but, at the very least, fans of the show seem to be in for a different side of the villain in The Mandalorian season 3.

Ruben Randall - October 13, 2022 0
TV/Movies
The She-Hulk series is coming to an end on October 13th, and there are just some memes that have been delicately placed on...

25 of the Most Badass Movie Squads of All Time