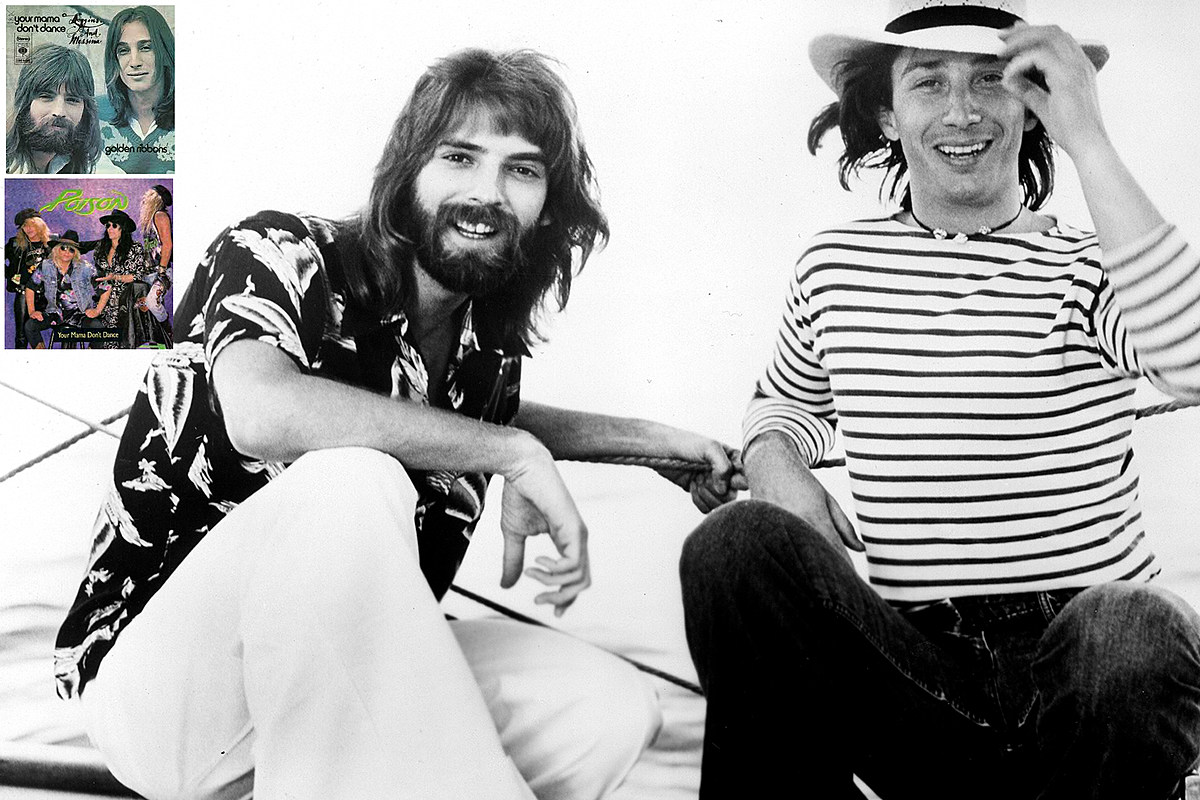 “Your Mama Don’t Dance” was an unlikely song, and an unexpected smash, for Kenny Loggins and Jim Messina. The lively track from the duo’s second album, Loggins and Messina, was a hit two times. It was Loggins and Messina’s breakthrough single, hitting No. 4 on the Billboard Hot 100 and certified gold.

Sixteen years later, in 1988, glam-rockers Poison released it as a single from their sophomore album, Open Up and Say … Ahh! and watched “Your Mama” dance to No. 10 on the same chart.

Not bad for a song Loggins and Messina didn’t think much of back when they wrote it.

“We didn’t really take it seriously,” Loggins tells UCR. “‘Your Mama Don’t Dance’ was written to be a throwback song. It was written in the style of Wynonie Harris, ‘Kansas City,’ with a little bit of Elvis [Presley] thrown in there. It was not, like, a song from your heart that expresses the deepest possible emotions. It was just fun.”

Listen to Loggins and Messina’s ‘Your Mama Don’t Dance’

Messina told The College Crowd Digs Me in 2018 that the song “was kind of born out of my own experiences growing up in a very strict household.” Messina described his Arkansas-born stepfather as “not much of a mover or a groover” whose musical tastes ran toward country artists such as Johnny Cash, Hank Snow and Ernest Tubb, and “was not into rock ‘n’ roll. He thought the Beatles were just … screaming, long-haired idiots.” Messina’s mother, meanwhile, “loved music,” including Presley, Ricky Nelson and what Messina called “race music.”

“So, just the line, ‘Your mama don’t dance and your daddy don’t rock ‘n’ roll‘ came from me thinking about how my mother wasn’t really doing what she loves to do. She couldn’t do that,” Messina explained. “I grew up having to put up with that. And it was a fun lyric to come up with. I had no intention of it ever having any kind of social significance whatsoever other than my own experience of a kinda funky household. … It’s unbelievable how it’s affected not only our generation but other generations.”

Loggins recalls that he and Messina wrote “Your Mama Don’t Dance” in time for their first album, Sittin’ In, in 1971 but “we didn’t record it … because we didn’t think it was up to the level of what we wanted to be. But when we played it for audiences they would get up and dance immediately, and they thought they knew it already. A song that has that level of familiarity, we thought, ‘Well, we gotta record it.'”

Listen to Poison’s Cover of ‘Your Mama Don’t Dance’

“Your Mama Don’t Dance” was the duo’s only Top 10 hit and helped drive the Loggins and Messina album to No. 16 on the Billboard 200 and platinum sales. The duo was gratified by Poison’s cover; Y&T also covered it on their 1985 album, Down for the Count. But they were particularly stoked when Presley began incorporating it into his concerts, sandwiched in the middle of a medley of rock ‘n’ roll oldies such as “Long Tall Sally,” “Whole Lotta Shakin’ Goin’ On,” “Jailhouse Rock” and “Hound Dog.” Heard on 1974’s Elvis Recorded Live on Stage in Memphis, the performance at least indicates he understood “Your Mama Don’t Dance” in context.

“It fascinated me when Elvis covered the tune and changed [the lyric] to ‘Your mama can’t dance,’ which may have been more of his experience,” Loggins notes. Messina, meanwhile, recalled that “I was so pleased … because I was a big Elvis fan. I loved Scotty Moore, his guitar playing. And of course James Burton.”

Loggins and Messina broke up in 1976, then reunited for occasional tours during the 2000s. Most recently they joined forces in 2022 at the Hollywood Bowl as part of the venue’s 100th-anniversary celebration. “Your Mama Don’t Dance” was the closing song in their set.

Bet you didn’t know somebody else recorded these songs before they got popular.

P&G And PepsiCo: Retail Media’s Next Growth Phase Is Social Commerce And Incrementality

Ruben Randall - July 11, 2022 0
Celebrity
The Harry Potter series is still one of the most popular franchises in the world; with the recent Fantastic Beasts: The Secrets of...

Directing Himself In Creed III Was The Toughest Challenge Of Michael...