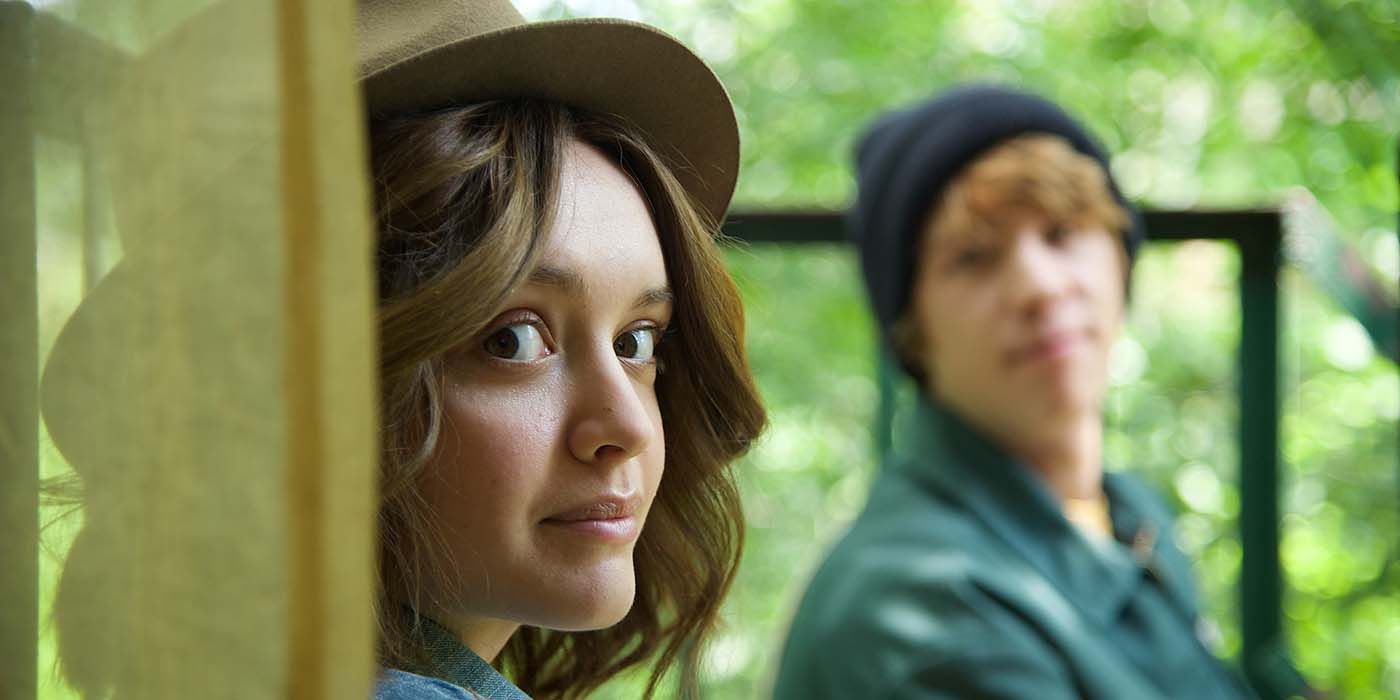 Before she landed a lead role in HBO’s House of the Dragon as Alicent Hightower, Olivia Cooke starred in Alfonso Gomez-Rejon’s Sundance darling Me and Earl and the Dying Girl (2015). Based on the novel by Jesse Andrews, the coming-of-age film took home the festival’s top prizes, winning both the Audience Award and the Grand Jury Prize in the U.S. Drama category. The story follows the intertwined lives of three high school seniors: the socially awkward Greg (Thomas Mann), his charming and funny best friend Earl (RJ Cyler), and Rachel (Cooke), the “dying girl” they befriend at the urging of Greg’s mother after she is diagnosed with leukemia. Rachel, a teenage girl forced to grapple with mortality far too young, is masterfully and empathetically brought to life by Cooke, who shaved her head for the role. She brings the perfect combination of humor, pain, and anger to her performance, delivering one of the most heart-wrenching and memorable coming-of-age performances to the screen.

We’ve long seen the teary melodramas featuring a character with a terminal illness. Often, they fight it with a smile and without complaint, and this leads to the growth of the protagonist, who is inspired and forever changed by what they’ve witnessed. Cooke’s performance as Rachel constantly challenges this narrative, bringing a profoundly complex and nuanced interiority to a teenage girl battling cancer. When Greg first meets Rachel, he makes it clear he’s only there because his mother has forced him. Looking down at him with skepticism from atop the staircase of her home, Rachel firmly tells him that she doesn’t want his pity. For her, the fewer people that know about her diagnosis, the better. People’s sympathies make her sick — she mocks a girl who told her “your cancer is all a part of God’s plan.” Greg tries to make her laugh with his self-deprecation, but Rachel reacts to his attempts with a wary sense of caution, knowing his presence is for purely selfish reasons. Cooke immediately establishes Rachel as much more than a “dying girl.” Rachel is not interested in being the protagonist’s pawn for his self-fulfillment journey.

While the film is narrated by Greg, Cooke brings a wealth of complex emotions to Rachel, allowing us to understand her just as deeply. Greg and Rachel’s forced friendship gradually morphs into a genuine one, and Rachel also gets much sicker as the film progresses. The gradual shift in her demeanor is first marked when Greg sees her for the first time after she’s lost her hair. He tries to lighten the mood by complimenting her fuzzy pink beret, but she rips it off and erupts into a painful and devastating monologue about her appearance. She explains how self-conscious and ugly she feels, sensing that everyone is repulsed by her deteriorating body and her newly shaved head. Cooke brings sincere heartache and anger to Rachel’s insecurities, conveying just how deeply it’s affecting her. The loss of her hair is understandably devastating as a young girl in a world that places such enormous weight on outward beauty.

Rachel is also grappling with the painful reality that she probably doesn’t have much time left. Greg’s frequent discussion of his future, specifically his dread about college, forces Rachel to wrestle with the idea that she might not have a future. He visits her while she’s in chemotherapy, a college handbook in tow that his mom is forcing him to carry around. He describes the book as the “bain of his existence,” representing everything he doesn’t want to think about, and he mocks his mom calling it “the menu for his future.” The word “future” triggers something in Rachel; her face drops, and there’s a deep sadness in her eyes as she contemplates this word. He places the book in her lap, urging her to page through it as a menu for her future instead. Cooke gazes at the cover like it’s a mirror of painful reflection. For her, it represents everything that will be taken from her and all that she likely won’t get to experience. After a pause, she asks if she can finish watching her movie instead of paging through it. Without explicitly saying it, Cooke conveys the unfathomably difficult emotions Rachel is navigating internally as she faces her looming mortality.

For Rachel, Greg and Earl’s movies become a newfound source of comfort and escape as her health declines. While watching one together in silence, Greg narrates that in a more touching, romantic film, perhaps they’d fall in love, and she’d tragically die in his arms, but this is not such a film. As she gets sicker, she gets quieter and unhappier. Cooke must not only emotionally but physically embody her deteriorating condition. Her voice grows weak, and her eyes appear tired and lifeless. She stops laughing at Greg’s jokes because she doesn’t have the energy to laugh anymore. When he asks her how she’s feeling, without making eye contact, she flatly says she thinks she’s dying. While Greg is in denial about the severity of her illness, Rachel is forced to reckon with it. Cooke fully embodies the physical and emotional transformation of Rachel and makes it apparent that she’s growing tired of fighting.

Greg’s continued denial and Rachel’s increasing awareness of her impending mortality create a tension that finally comes to an explosive head. In her bedroom, Rachel sits with her back completely turned to him, knowing he will not handle what she’s about to say well. She tells him she’s stopping treatment; she’s only getting sicker, weaker, and more miserable, and the treatment is not even working. Greg handles this information as poorly and selfishly as imaginable, angrily saying that her choice to give up is selfish and thoughtless because it will ruin his life. Greg’s monologue is an exaggerated mockery of all those who prioritize their feelings over the person who is sick, and Rachel’s response is damning. Without even glancing back at him, she scolds him for daring to center his feelings when she’s the one dying. Despite her cutting words, Cooke’s expression reveals the deep hurt beneath them. She must now grapple with the guilt of giving up and how it is affecting those who love her, an unfair burden for anyone to bear.

The film’s devastating climax cements Cooke’s turn as Rachel as one of the all-time great performances in the coming-of-age genre. Greg forgoes prom to spend the evening at the hospital with Rachel, finally showing her the short film he’s been working on for her. His narration reveals that this will be the last time he sees her, as she ends up dying shortly after. As they watch the short film, Rachel begins to struggle to breathe. Chaos swirls around her as nurses rush in, her mother paces frantically, and Greg stands by her bed crying, but the camera rests on Rachel’s face. She wordlessly keeps her eyes locked on the film playing, determined to focus on the images on the screen to escape the fear she’s feeling. The devastating scene relies almost entirely on Cooke’s facial expressions to convey Rachel’s emotions in her last few moments. Without a line of dialogue, Cooke carries the film’s climax with painful and powerful vulnerability, cementing herself as a truly generational talent.

Seven years later, Cooke may be starring in the biggest project of her career, but the unyielding empathy and truth she brought to her portrayal of a dying girl should always be remembered.

What is Taylor Hale’s net worth? ‘Big Brother’ Season 24 star makes history as...

Ruben Randall - June 14, 2022 0
Money
KRIS Jenner made herself a household name after raising and managing the Kardashian family. The mom of six has made millions by using her business-savvy...