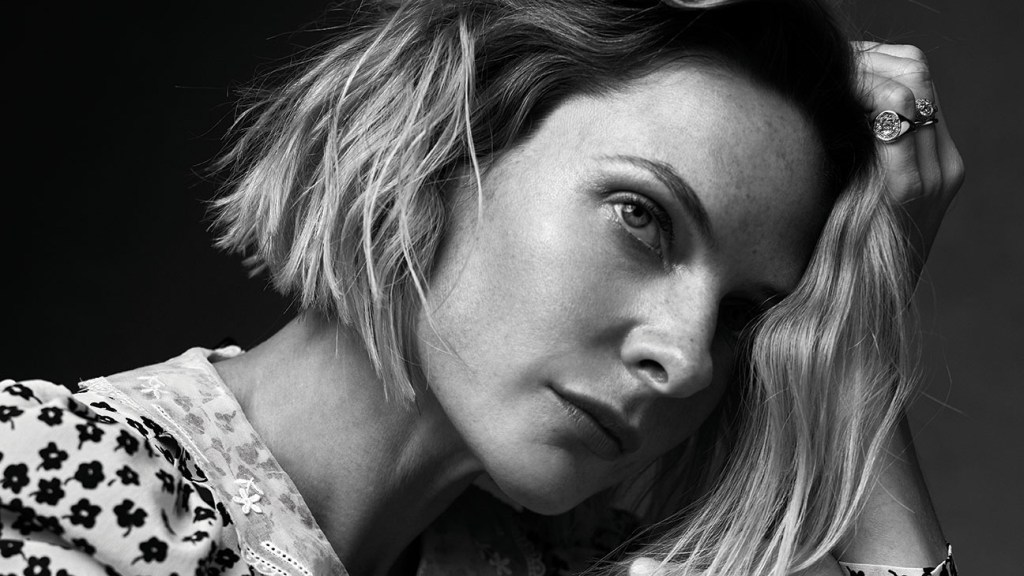 For Rebecca Ferguson, Warner Bros.’ Dune was an opportunity for the versatile actor to challenge herself. But first, she challenged filmmaker Denis Villeneuve to convince her that Lady Jessica was a character to whom she should dedicate months of her life. After a lengthy initial conversation, Ferguson was sold and signed on to play Jessica, a member of the powerful Bene Gesserit order, mother to Paul Atreides (Timothée Chalamet) and concubine to Duke Leto (Oscar Isaac). Along the way, she bonded with her onscreen son and was able to depict a deep relationship with Isaac’s Leto in just a short amount of screen time together. This won’t be the last audiences see of Jessica: Ferguson is already dreaming up where things will go in the sequel, set for October 2023.

What is your first memory of meeting Timothée Chalamet?

I remember meeting him in Budapest in the office. He walked in and he jumped off the couch and landed on top of me. There was this eager excitement within him to do this role and to be this youthling. It was really extraordinary, I have to say.

The first thing you shot together was the test, with Charlotte Rampling. That’s also when the audience sees that Jessica has a confident, public face but in private is quite worried. Was that duality something you developed with Denis Villeneuve?

I remember sometimes feeling she was very emotional. The way Denis wanted to portray it was she had easy access to sorrow and sadness and worries. I wondered if it would take away from the strength. I remember having that discussion. Reading a lot of articles and comments, some people like it, some people don’t. I love the discussion around it. What we were going for was the relatability to her. The pressure that they are going through, the high stakes. That someone with such power actually also feels horror and fear and is constantly on edge modernizes it somewhat, makes her human.

What do you recall about the breakfast scene, which sets the tone for this movie and introduces audiences to the concept of The Voice?

There were a couple of scenes that were all about the training technique. There was one scene that I was quite sad they cut away. There are physical training methods, where Jessica teaches Paul the art of fighting with the knives that he later uses on Jamis [the Freeman warrior played by Babs Olusanmokun]. Another one is a meditative state. They are meditating, and she wants him to put a hand over a candle. The one that we kept was the breakfast scene. It’s one of my favorite ones. It sets up an interesting arc for the story going forth. There’s something outside of us that is bigger than us, and the fact that he’s just a rebellious, annoying teenager and I’m allowed to just be an annoyed mom. His slouchiness … He really grabbed that spoon in a way that I just wanted to slap his head and go, “Manners! Sit up straight!”

You had wonderful costumes that certainly help an actor find their character. Was there one in particular you found helpful?

Jacqueline West and Bob Morgan were the costume designers. I remember walking in and there was a black sausage dress, as I called it. It drapes, a little bit like Morticia Addams, and there is a hood. It’s the one I have in [Jessica’s first scene]. There’s something so regal but understated. It sort of juxtaposes the dress because it’s so exquisite and royal, but it’s in the shadows as well. She can back away and disappear. It activated who she was for me, once that dress was on.

You have a few coaches to help you prepare, depending on the demands of the role. Who did you have on Dune?

I had Gabrielle Rogers, who is amazing. She is a lovely mixture of acting and dialect and voice. With Dune there was no dialect, but we talked about resonance and voice in general. Swedish is my mother tongue. There is an intonation to the rhythm I speak. You will hear it simmer through, and I make up words because I think in Swedish and I speak automatically in English. That link is quite difficult sometimes when you are on set and you want to ad-lib or have fun, because the rhythm of your words might not make sense in the way that it should.

Does Denis like you to give it a few different spins on every take?

Absolutely. But also, once you find a rhythm to a character, especially a character like Jessica — who was drawn back, quiet, was in the shadows … She doesn’t have to stand in the forefront. She’s so powerful that her words are sort of counterproductive to what she does. There was a calmness over her. I did a lot of meditation and breathing. In between takes, I’m a huge clown, so I goof around like mad. Which people find really odd sometimes, because I can cry and two seconds later I’m having fun conversations.

David J. Peterson oversaw the creation of the languages for this. How much sign language did you learn?

What did we have, five movements? It wasn’t in the script, and I think I said to [Denis], “Wouldn’t it be amazing to bring that in?” It was one of those moments where I realized Denis was such an open director to ideas because it’s kind of a big deal to bring that into this film again. It is in the book. And he did. He got people involved.

Jessica really shows off both her sign language and The Voice in that scene with the ornithopter. Was that one of the more challenging sequences to film?

I was like, “Hey, Denis, let me offer up some different versions of The Voice.” It was enough to do it twice. He was like, “No, no, no. I deeply love you, but that is shit.” (Laughs.) I was trying every form of voice possible. It was more acting the tension behind it and just saying it, and then they put The Voice above it.

A sequel has been greenlighted. Do you think about Jessica in between films?

The second one was announced, and all this hoopla. Every time I see the trailer or watch the film or see an image, I’m thinking, “I’m wondering what we are going to look like in the continuation?” I know where we ended. I know where we are walking into. It’s always fun, thinking about your character and taking her on a continuation. This research that you do prior, the prep work, that’s the foundation to hopefully another good movie.

Denis has a good track record, so I think you are in good hands.

Not only good hands, but so welcoming. We talk, we text, we are really good friends.

Denis is one of the few people who can get a cast like this together. Was he on a short list of directors for you that might be a quick yes?

He was definitely on my list. I said, “I don’t want to be a princess and a queen. I want to do something else. So how are you going to challenge me for this role?” I put as much demand on my director as I know he would put on me for his character. It’s not just running toward something and someone with open arms and just doing anything. It’s actually thinking, “I’m taking a lot of time out of my life to do a film. And I have family and I have a lot of other things going on.” It’s the need to be worthwhile and the need to feel like my portfolio needs to expand and I want to be challenged. I find it quite hard to challenge myself all the time. So you need to have phenomenal directors, and he really did [challenge me]. He really, really did.

You and Oscar Isaac made what little screen time you had together count. What do you recall about working with him?

I read an interview with [Dune editor] Joe Walker. He said one of his favorite scenes was the scene where we are moving and the bull is being packed in. He said that the relationship between them was everything in the touch of a hand — when he strokes her neck and she holds his hand. The moment she is standing there, watching her life get packed into boxes and she knows what’s to come. That reassuring hand on the neck, it’s controlling yet so supporting, and her acceptance of it, by just holding him, that moment was everything between them. How do we make the most out of these parents? Because they are the founding pillars for this child. And we need to love them and we need to believe in them, this couple. I think we got there.

Interview edited for length and clarity.

This story first appeared in a December stand-alone issue of The Hollywood Reporter magazine. To receive the magazine, click here to subscribe.

Ruben Randall - May 20, 2022 0
Money
Still going strong after 20 years of professional play under his belt, it’s safe to say Alexander Ovechkin continues to have a storied career....