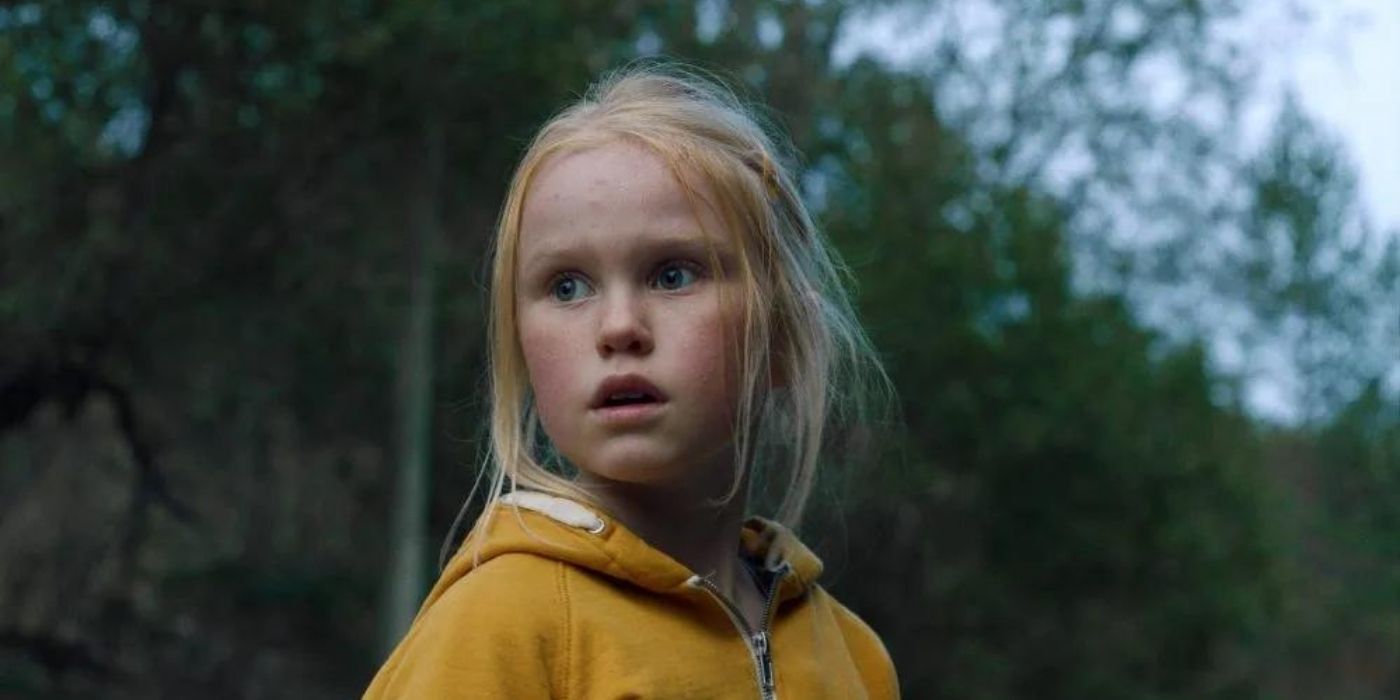 Norwegian film director and screenwriter Eskil Vogt returns to the director’s chair with the supernatural thriller The Innocents. The film first premiered at the 2021 Cannes Film Festival and has since gone on to receive overwhelmingly positive reviews from critics. A large part of that stems from the extraordinary performances by its four main child stars. However, given the complexity of the childhood secrets at play and the metaphorical tone, The Innocents’ ending can create confusion for some.

The Innocents follows sisters Ida (Rakel Lenora Fløttum) and Anna (Alva Brynsmo Ramstad) after moving to a new suburb with their parents during the summer. Right from the get-go, Ida’s relationship with Anna is strained due to her older sister’s nonspeaking autism. Ida resents the attention Anna gets from her parents and becomes easily annoyed with her sister’s repetitive behaviors. However, it’s not long before Ida crosses paths with some new neighborhood kids, Ben (Sam Ashraf) and Aisha (Mina Yasmin Bremseth Asheim), who both hid supernatural powers beneath their innocent-looking exteriors. It’s also revealed that Anna, much to Ida’s surprise, also harbors some telekinetic and mindreading abilties of her own.

RELATED: 8 New Thriller and Horror Movies and Shows to Watch in May 2022

Aisha is an empath who can hear others’ thoughts and feel their pain. She quickly develops a relationship with Anna and, over time, helps her communicate via words — a shock to Ida and her parents. However, Ben represents the total opposite of Aisha, acting as The Innocents’ antagonist. Ben’s telekinetic powers rival that of Stephen King’s Carrie, allowing him to move objects just by looking at them, snap people’s bones and even squeeze their hearts. On top of that, Ben realizes he has the ability to mind-control others, which he uses to kill his bully. However, his most sinister act is using Aisha’s mother to kill Aisha after she dares to stand up to him.

With Aisha dead, it doesn’t take long for Ida to realize that Ben means to kill her and her sister too. After a botched attempt to kill Ben by pushing him from an overpass into a busy highway, Ida returns from the hospital with a broken leg. While left home alone to babysit Anna, who has reverted to her nonspeaking ways after Aisha’s death, Ida –seemingly displaying some supernatural powers of her own — breaks out of her cast and chases Anna after she flees the apartment to confront Ben. There, she finds Anna and Ben engaged in a mental battle. Anna ultimately triumphs with Ida’s help, killing Ben and putting an end to his violent rampage.

On its surface, The Innocents appears to be a simple story of good versus evil: Anna/Aisha good, Ben bad. However, it’s so much more than that. The film challenges the idea that children are — as the title suggests — innocent and fundamentally good. Unlike many movies about children, The Innocents’ juvenile characters are just as complex as adults. Ben might be the antagonist, but he isn’t necessarily the villain. While the film doesn’t go into too much detail, Ben’s bruises and disdain for his mother suggest he may be a victim of physical abuse and neglect. As such, The Innocents opens up discussion for a good old fashion nurture versus nature debate. Was Ben born inherently evil, or was he a victim of society?

RELATED: Best Horror Films to Watch on Shudder in May 2022

Still, the film’s main focus is Anna and Ida’s complicated relationship. Due to Ida’s initial annoyance and dismal of her autistic sister, Ben believes he has found a partner in violence. However, Ida remains somewhere in the middle of The Innocents’ good versus evil theme. She has a child-like curiosity about the darker things in life but figures out pretty quickly — thanks to Aisha’s kindness — that it’s not for her and leaves Ben behind.

See also  Arkells and Lights Join Forces on "Human Being"

Through Aisha’s goodness, Ida also learns to see her sister in a new light. Instead of regarding her as a “mindless,” emotionless nuisance, Ida realizes Anna is her own person, whose feelings and needs are just as valid and important as her own. This is symbolized by Ida taking Anna’s hand while battling Ben. Whether or not Ida actually helps in the mental confrontation is debatable; however, she makes Anna stronger with her support. After, their relationship is changed for the better. Ida carries a new appreciation and understanding of her sister, whether Anna can communicate via words or not.

The Innocents also spotlights how children often have their own unique problems that adults don’t necessarily understand, similar to the misfit protagonists in Stephen King’s It. This is exemplified when Ida asks her mother for advice but not for help. Instead, Ida tries handling the Ben problem on her own. As such, the film serves to remind audiences of the magic and complexity of childhood. Sure, children might not have supernatural abilities in the real world, but they are still forced to navigate the good, bad and morally grey areas of society.

To see The Innocents’ ending for yourself, the film is available to rent and in select theaters now.


Jeanette White is a writer, horror fanatic and video game enthusiast from Boston. This self-proclaimed nerd enjoys finding the next big scoop in the world of entertainment. She is currently the Lead Movie Features Editor at Comic Book Resources. Jeanette is also the author of two horror thrillers, Shattered and The Other Inside. She sporadically rambles about horror books and films on her website https://www.jmwhitefiction.com.

See also  Op-Ed: What superhero can swoop in to save movie theaters?

Arnold Schwarzenegger, With a Net Worth of $450 Million, Cut Financial...