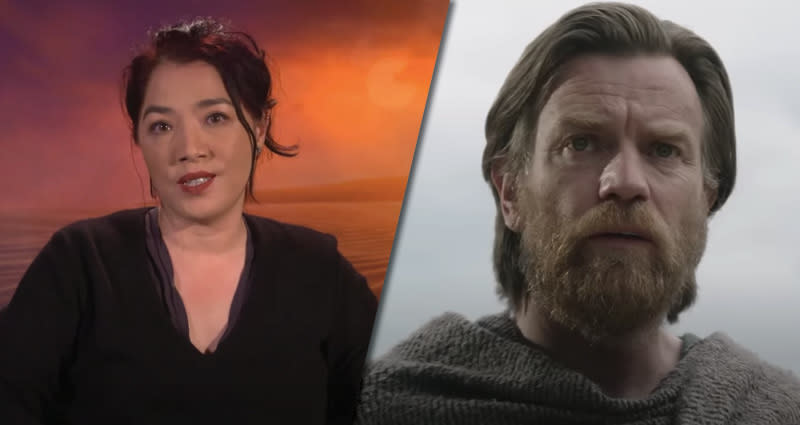 Deborah Chow was tasked with the galactic responsibility of bringing some of cinematic history’s most iconic characters back to screen in the new Disney Plus series “Obi-Wan Kenobi.”

Set between the timelines drawn out by franchise creator George Lucas in the original trilogy and its prequels, the new series is tasked with adhering to what’s already been canonized within the “Star Wars” universe. Die-hard fans would otherwise be sure to note every little detail that’s amiss, from the coarse and irritating texture of the sands on Tatooine to the lush forests of Endor.

Chow opened up to NextShark on the burden of doing justice for these characters: “I don’t think you can bring on Obi-Wan Kenobi and Darth Vader and not feel that pressure and responsibility.”

Though we wouldn’t dare underestimate her power.

The Chinese Canadian filmmaker, whose previous directorial work within the “Star Wars” franchise includes two episodes of Disney Plus’ “The Mandalorian,” is already well versed in the space-opera’s distinctive stylistic elements.

“I think for me, ‘Star Wars’ has always been very rooted in Westerns and Samurai films — particularly Kurosawa — so it feels like it’s just in the DNA of ‘Star Wars,’” she says.

“When we were doing ‘Mandalorian,’ I watched a ton of Westerns and samurai films and then did the same for this one. I think there’s such a strength to the storytelling — like it’s so simple but it’s so powerful, and it’s very visually based in a lot of those samurai films, that I think it works very well for ‘Star Wars’ stories.”

See also  Beyoncé returns with Renaissance: a play for the mainstream and a strike against perfectionism | Beyoncé

Chow explains that the planet of Daiyu, glimpsed briefly in the “Obi-Wan Kenobi” trailer, was inspired by Hong Kong nightlife and Bangkok night markets. The streets, wet from rainfall, are characteristic of the regions’ subtropical climates and reflect the same kind of neon lights often seen glowing in these densely populated cities.

“Visually, there’s a lot of references,” Chow points out. “And that sort of infused a little bit into the culture in that particular planet as well.”

While staying true to the franchise has added a layer of difficulty for Chow, who admits to the challenge of creating an original story within a pre-established universe, she gives a nod to the creator.

More from NextShark: ‘Single’s Inferno’ season finale: Who ended up together and who ended up going home alone

“We were really beholden obviously to George’s story. It’s his story, these are his characters. So we were very much trying to be respectful of everything that’s been created before and after us,” she says.

“We tried to really be as thoughtful as possible in the storyline with the two of them. At the same time, it’s incredibly exciting. You do have these two huge characters, and just the opportunity to get to direct them is something that was very special.”

More from NextShark: Group of over 30 Korean studies professors, scholars pen open letter to Disney Plus over ‘Snowdrop’

Ruben Randall - August 4, 2022 0
Actor
You may see Arnold Schwarzenegger breaking laws in his movies. But in real life, he was the custodian of law as the former...