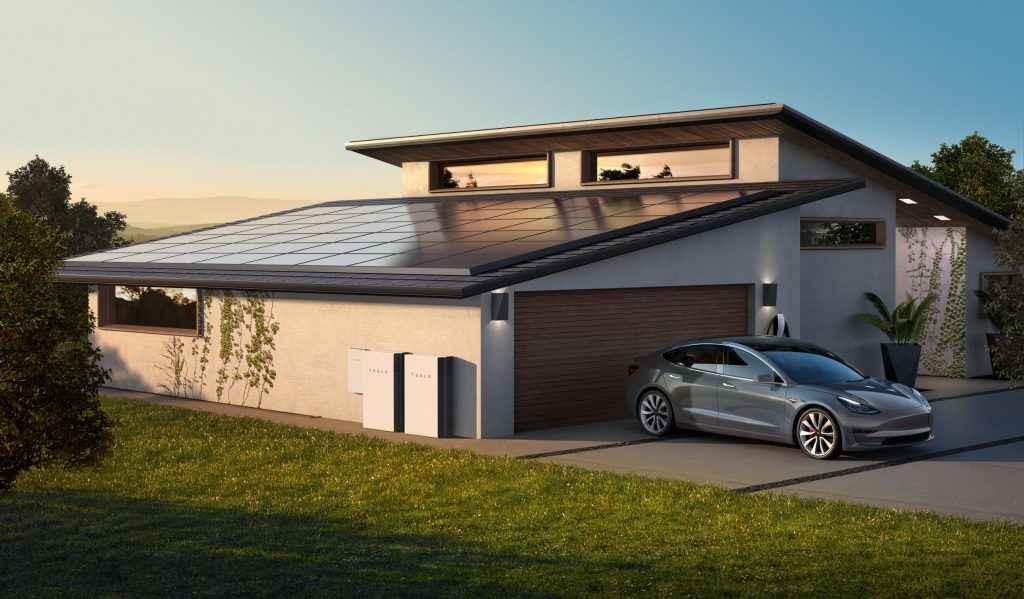 Earlier this month, a small miracle of sorts happened in California. The California Public Utilities Commission’s (CPUC) proposed new net metering rules (NEM 3.0) hit an indefinite “Pause” button. Through an email, Administrative Law Judge Kelly Hymes notified parties officially involved in its proceedings that the proposed decision on NEM 3.0 and its implementation “will not appear on the Commission’s voting meeting agenda until further notice.”

Getting to that point was nothing short of a Herculean task, and looking at the factors that may have contributed to this halt is a story worth telling. The movement that opposed the CPUC’s NEM 3.0 proposal is quite extraordinary, as it involved the combined efforts of companies such as Tesla and environmental organizations such as The Climate Center and the Environmental Working Group (EWG), to name a few. But before we get to the story of how NEM 3.0 was halted, we must look at why the proposal was controversial in the first place.

A Proposal with Heavy Backing

Initially unveiled last December, NEM 3.0 shocked climate advocates due to its proposed changes to the state’s rules on residential solar solutions. If passed, NEM 3.0 would charge solar users with a “grid participation charge” of $8/kWh of installed solar. Tesla estimated that an $8/kWh charge could add between $50-$80/month to a solar customer’s power bill. NEM 3.0 would also dramatically cut the compensation that homeowners with solar receive for the power they give back to the grid. NEM 3.0 supporters framed these proposed changes as a way for low-income families to not be burdened with the cost of maintaining the grid.

Supporters of NEM 3.0 advocated the idea that California’s existing solar rules take from the disadvantaged and give to the wealthy. Organizations such as Affordable Energy for All, whose coalition includes companies like Pacific Gas & Electric, Southern California Edison, and San Diego Gas & Electric, heavily pushed this “rich vs. poor” narrative. The CPUC’s 204-page proposal, which referenced a Lookback Study from Verdant Associates, was the same way. It argued that NEM 2.0, California’s current system, (a) negatively impacted non-participant ratepayers, (b) is not cost-effective, and (c) disproportionately harms low-income customers who are not participating in the net energy metering tariff program.

The Lookback Study had detractors from the get-go. The California Solar & Storage Association (CALSSA), the Solar Energy Industries Association (SEIA), and Vote Solar expressed their reservations about the validity and value of the study, with the groups arguing that the research does not properly evaluate the existing NEM 2.0 program. Despite these reservations, the CPUC stated in its proposal that it believes that the Lookback Study’s conclusions are sound.

“We find the Lookback Study to be a sound analysis of the NEM 2.0 tariff and that it should be used in the development of a successor tariff. CALSSA and SEIA/Vote Solar would have the Commission dismiss the study because it is ‘backward-looking.’ The evaluation of the NEM 2.0 tariff tells us whether the tariff is or is not performing as required, thus establishing a foundation for creating the successor tariff. We recognize, as SEIA/Vote Solar states, that the study does not tell the complete story. However, the Lookback Study can inform us of what not to do. Furthermore, CALSSA’s contention that the study’ assumptions are or appear flawed’ does not persuade us; CALSSA and all stakeholders have been given several opportunities to weigh in on the development and drafting of the study. A disagreement on an assumption does not equate to a flaw in the assumption,” the CPUC’s proposal read.

Despite the CPUC’s apparent efforts to push through with NEM 3.0, the proposal had one glaring problem: it was highly unpopular outside the initiative’s direct proponents. Electric vehicle and energy company Tesla promptly directed its Engage program on the issue, urging California residents to make their voices heard. Tesla CEO Elon Musk openly opposed the proposal on his Twitter account as well, describing it as a “bizarre, anti-environment move” by the state.

Survey results did not side with NEM 3.0, which energy research firm Wood Mackenzie believes could cut California’s solar market by half by 2024. A survey conducted by Newport Beach-based Probolsky Research revealed that California voters overwhelmingly opposed the CPUC’s proposed changes to the state’s solar rules. Among the survey’s respondents, 64% stated that they were opposed to NEM 3.0, 15% were unsure, and only 20% supported the CPUC’s proposal. Interestingly enough, every demographic group involved in the survey opposed NEM 3.0. 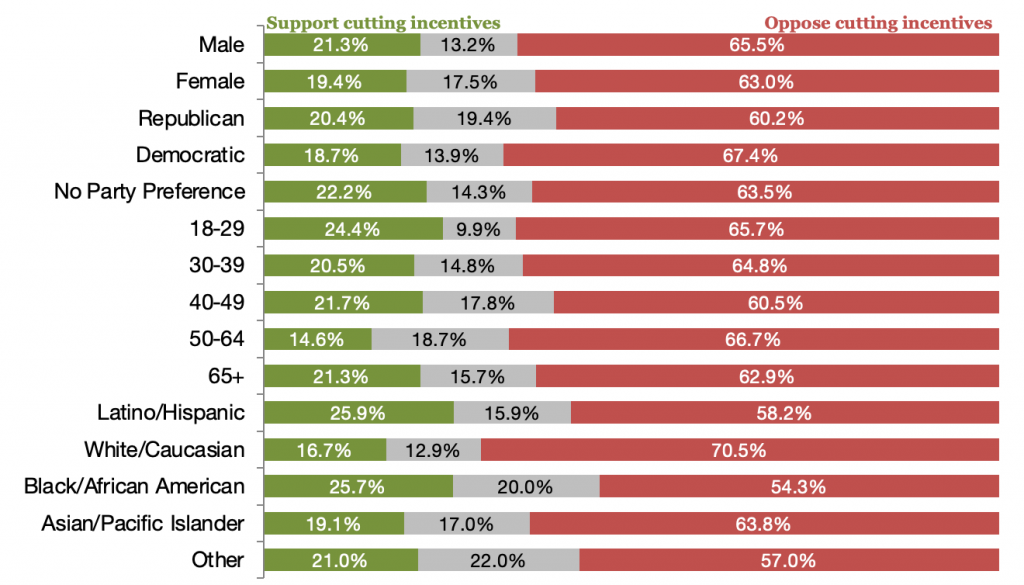 Teslarati chatted with Probolsky Research President Adam Probolsky, who explained that “while the survey did not look at its results by income level, nothing about the data suggests any difference based on respondents’ socioeconomic standing.” This hinted that the narrative being pushed by some NEM 3.0 supporters, which attempted to paint a picture of wealthy solar adopters taking advantage of the less fortunate, may not be that accurate after all.

To state that California made solar mainstream may not be an understatement, so it was no surprise that many in the state made it a point to fight against NEM 3.0. Over 120,000 public comments urging the state to save the solar industry were delivered to the CPUC in December, and high-profile figures spoke up against the proposal. These included former CA Governor Arnold Schwarzenegger, who flat-out called the proposal a “solar tax,” and Senator Dianne Feinstein, who made her opposition to NEM 3.0 evident. Even Hollywood and sports personalities used their voices to call for California’s solar industry not to be hobbled by NEM 3.0.

NEM 3.0 is so controversial that solar advocates outside the United States perceived the CPUC’s proposal with a certain level of disbelief. This was true for solar supporter and co-founder of FindTheVenue.pk Ali Rehman, who told Teslarati that NEM 3.0 — at least from the point of view of a renewable energy supporter outside the US such as himself — is nothing short of insane.

“People go solar because of high energy costs; energy costs are high due to negligence, not solar. Lobbyists and public relations firms re-wrote the facts and scripted the blame for higher prices not on bad – negligent – maintenence policies but on families who protect themselves from those higher prices, by going solar. The truth is that solar is for everyone and most beneficiaries are low-income and in disadvantaged communities,” Rehman said.

For now, NEM 3.0 has been paused. The CPUC’s new president, Alice Busching Reynolds, has requested additional time to “analyze the record and consider revisions” to the proposed initiative based on party comments. An email from one of the administrative judges on the commission also mentioned that Reynolds wishes to ensure that all five commissioners can participate in a session that covers arguments about the pros and cons of NEM 3.0.

It’s difficult to determine the exact factors that led to the vote on NEM 3.0 being suspended until further notice, but one cannot discount the collaborative efforts of multiple parties who worked together under the same goal. From companies like Tesla to climate organizations, initiatives that gathered the voices of solar supporters across the state and beyond seemed to have a positive effect. The Climate Center CEO Ellie Cohen highlighted this in a statement:

“This decision would not have happened without clean energy and justice advocates across California… This issue united climate activists, solar industry employees, working-class solar customers, and more to stand up for energy resilience, affordability, and equity. People across the state are increasingly demanding local, clean energy resources in the face of wildfires, public safety power shut-offs, and rising investor-owned utility rates. As the CPUC goes back to the drawing board, we urge them to craft a solar rate structure that benefits all Californians, not corporate utilities,” Cohen said.

“The moment to unleash the full potential of the clean energy revolution in California is upon us, and it is imperative regulators take every opportunity to embrace it. The coalition of more than 600 organizations that oppose the CPUC/utility plot to crush rooftop solar and exact a hefty solar tax on working-class families include numerous environmental justice and affordable housing organizations, labor unions and communities of faith, among others. These advocates are fighting to ensure the critical financial incentives remain in place so all California households regardless of income can afford to install solar,” Cook said.

A Battle That’s Yet to be Won

The EWG President’s comments may be accurate. Yes, NEM 3.0’s detractors scored a win by successfully having the vote on the controversial proposal delayed indefinitely. However, the CPUC can still initiate a vote on the issue in the near future. In its updated Engage page, Tesla warned its supporters that the CPUC can still push for a vote on NEM 3.0 as early as March 17. Granted, there’s momentum towards a more reasonable plan for California’s residential solar industry. Governor Gavin Newsom himself admitted that he personally thinks the proposal needs to change. Nevertheless, what lies ahead is likely an uphill battle.

“None of this means the solar tax proposal is dead… PG&E and the other big utilities are lobbying hard for the CPUC to approve it, and getting the five PUC Commissioners to reject or significantly modify it is still an uphill battle. The single most important action members of the public can take at this point is to voice opposition to the solar tax by speaking directly to the five CPUC Commissioners during the public comment period of next meeting on March 17,” Tesla wrote.

Teslarati reached out to the CPUC to inquire what its next steps would be considering the widespread opposition to NEM 3.0. The agency simply provided a link to its Net Energy Metering Revisit page, which provides an outline of the proposal, as well as documents and records related to it.

Considering the battle ahead, James (JD) Dillon, who serves as Chief Marketing Officer at Tigo Energy, urged those who have taken it upon themselves to defend California’s residential solar market to stay alert. In a comment to Teslarati, Dillon highlighted that it would be a mistake to ease the pressure now. If any, now is the time to double down and ensure that NEM 3.0 is really pushed back, or at least modified to a point where it is palatable and fair to California’s existing solar customers.

“Solar is inarguably the right thing for the long term and the solar advocates must keep pushing in the public and political arena. It would be a mistake to take the foot off the gas, as different versions of anti-solar legislation and administrative actions will continue to crop up. The utilities have a very powerful lobby and the hundreds of small businesses and thousands of homeowners that make up the solar coalition must remain vigilant,” Dillon advised.

Don’t hesitate to contact us with news tips. Just send a message to [email protected] to give us a heads up.

A Stand for Solar: How a united movement helped pause CA’s solar tax proposal — at least for now

Ruben Randall - February 17, 2022 0
TV/Movies
While films like "Rio Bravo" and "McLintock!" portray John Wayne as a charismatic hero and productions like "True Grit" show him off as a...