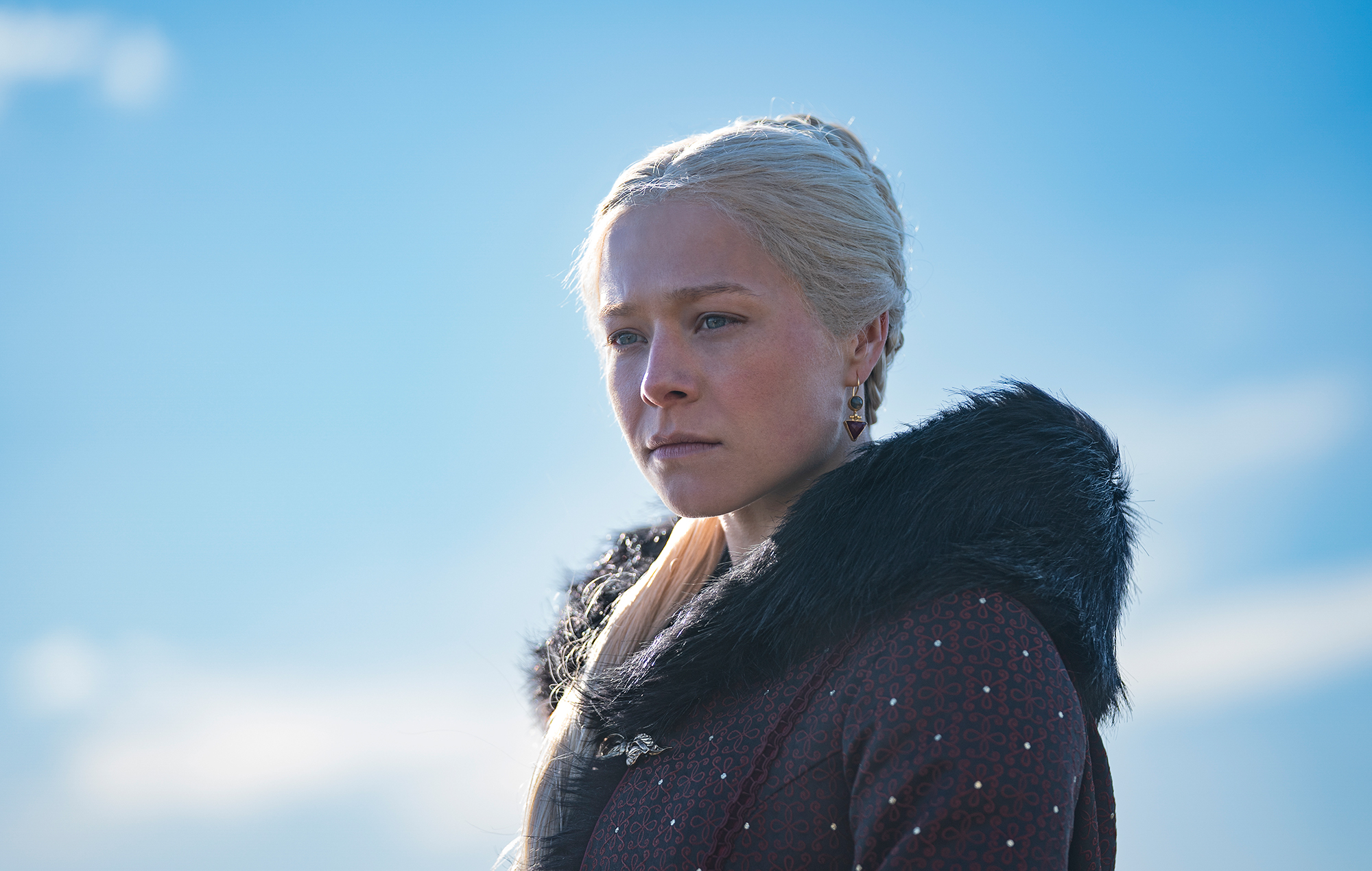 House Of The Dragon stars Emma D’Arcy and Olivia Cooke have teased how their characters Rhaenyra Targaryen and Alicent Hightower have changed in the transition to adulthood.

In the sixth episode of the Game Of Thrones prequel, set to premiere on Sunday on HBO, the show will jump forward a decade with D’Arcy and Cooke in the roles of Rhaenyra and Alicent, previously played by Milly Alcock and Emily Carey respectively.

Speaking to NME about if the characters have changed over 10 years, Cooke said: “They have changed a lot. Think about yourself when you were 18, it feels like such a far away, different person. They’re adults now and they have in some ways a lot more agency and power that they wield, and in a lot of ways they don’t have that much autonomy at all.”

“I think questions that start at the beginning of the series, about self actualisation and claiming one’s name, and understanding the roles that are inherited… I think the same questions are sort of being asked and investigated later in the series,” D’Arcy said. “Just maybe with incrementally greater agency to affect change.”

Asked if they start to push back against the patriarchal society depicted in the series as adults, D’Arcy replied: “I think they are pushing back in quite [a] different context by the time that we come in. For Rhaenyra, eventually she kind of understands that you can possibly carve out new spaces, or alternative spaces. Meanwhile, Alicent’s seeking space very much inside the court.”

See also  Everything You Might Need to Know About The Sandman

Regarding Alicent’s journey, Cooke adds: “[She’s] trying to carve out a non-existent space for herself within this traditionalist, patriarchal world.”

Adapted from George R.R. Martin’s novel Fire & Blood, House Of The Dragon is set 200 years before events in Game Of Thrones. The show follows a war of succession among House Targaryen, known as the ‘Dance of the Dragons’.

After the first episode debuted last month to 20million viewers in the US, HBO renewed the show for a second season.

In a four-star review, NME wrote: “What is reassuring is that House Of The Dragon feels as though it is walking on solid ground: the bubbling rivalries, the jostling for power, the eruptions of violence; six episodes in, it is all coming together to create a rich stew.”

House Of The Dragon continues on Sunday on HBO in the US. It is released in the UK on Sky Atlantic and NOW.

Maria Friedman On Why Daniel Radcliffe Was Born to Play Charley Kringas in Merrily...

The Cinema Aficionado – BroadcastPro ME