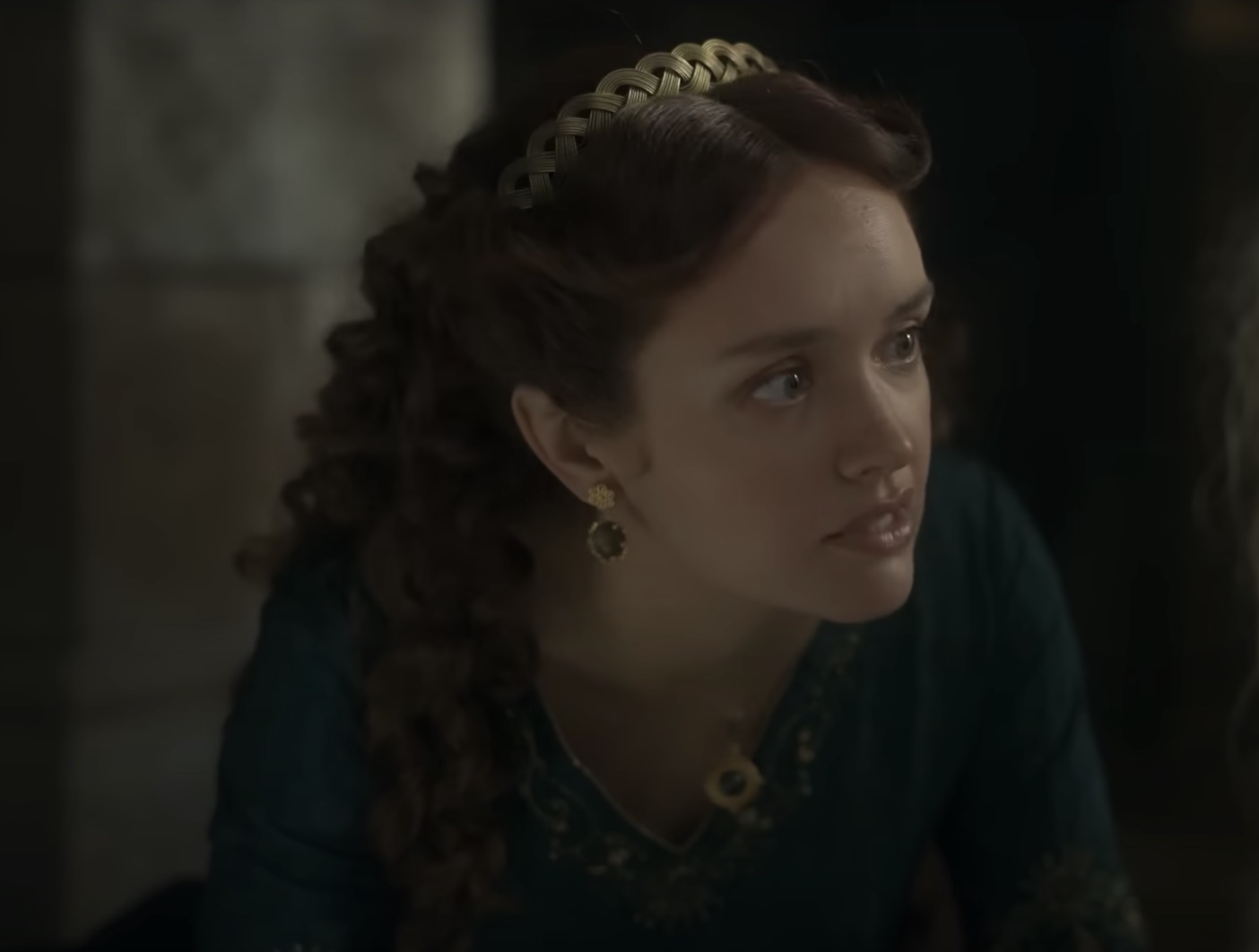 House of the Dragon has premiered to positive reviews, and it’s recaptured at least some of the magic of Game of Thrones. One of its stars, Olivia Cooke, boasts an impressive filmography. You may have missed her in a blockbuster movie sending up the ’80s and ’90s.

Who Is Olivia Cooke?

From Greater Manchester, Olivia Cooke started acting when she was just a child. She appeared in numerous plays before she turned 14. In 2012, she appeared in the One Direction video for “Autumn Term,” where she received a piggyback from Harry Styles. For more folks, that would probably be the high point. Cooke was just getting started.

RELATED: It’s No Surprise Sterling K. Brown Got Starstruck In The Presence Of One Of The Best Actresses Of All Time

For Cooke, 2014 was a breakout year. She starred in three films: The Quiet Ones, The Signal, and Ouija. The Signal debuted at Sundance that year, and Ouija was a huge moneymaker for Universal. She did all this while starring in AMC’s Bates Motel. The following year, she starred in the indie darling Me and Earl and the Dying Girl as the titular dying girl. From that point on, Cooke was an established actress who hasn’t struggled for work.

Flash forward to 2018 and Cooke earned the chance most actors dream of: the chance to play a lead in a Steven Spielberg movie. Ready Player One is a peculiar movie in Spielberg’s portfolio. Set in 2045, the film offers a glimpse into a future where everyone lives their lives in virtual reality in search of a prize. Cooke starred alongside Tye Sheridan and Mark Rylance.

Ready Player One is based on the novel by Ernest Cline, and both are steeped in references to the ’80s and ’90s. The T-Rex from Jurassic Park, the Iron Giant from Iron Giant, and Chucky from Child’s Play all cameo at various points. It’s catnip for most Gen Xers.

Onward To ‘House Of The Dragon’

Ready Player One scored Cooke a few nominations, including one for the vaunted Best Kiss at the MTV Movie & TV Awards. She and Sheridan lost to Love, Simon. She followed it up with an altogether different project: Sound of Metal. The Best Picture nominee could not be more different from Ready Player One, and it’s a masterclass in sound editing. Make a point of watching it; it’s incredible.

In House of the Dragon, Cooke plays Lady Alicent Hightower. She’s the daughter of Ser Otto Hightower, the Hand of the King. The premiere sees a younger version of the character, played by Emily Carey, comforting King Viserys as he mourns his wife, and she has palpable sexual tension opposite Princess Rhaenyra Targaryen. We can’t wait to see if she’s truly kind or harbors ambition all her own.