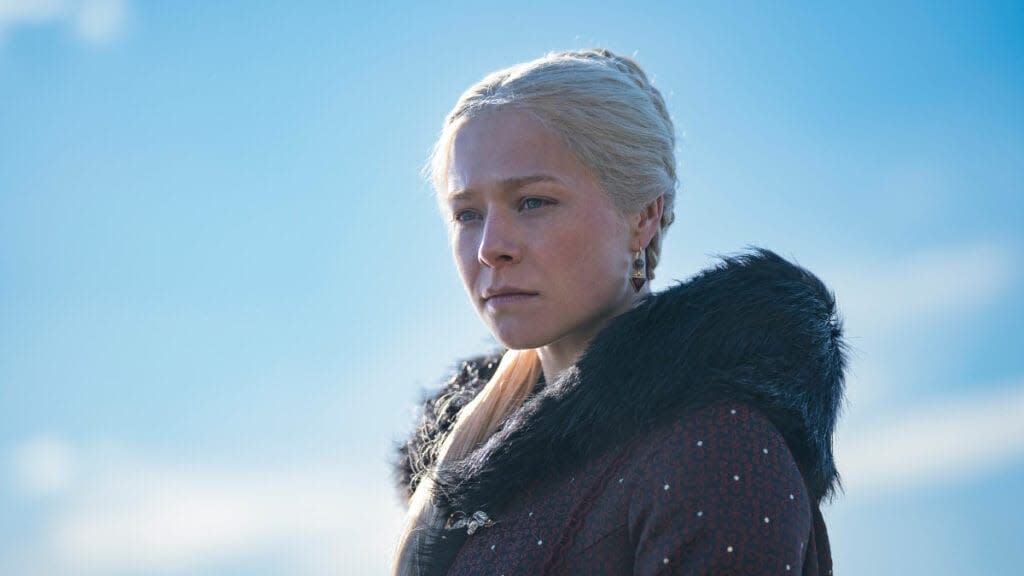 The Targaryens are making their way to Hall H next month.

George R.R. Martin will also be involved in the panel, along with co-showrunners Ryan Condal and Miguel Sapochnik. The panel will be moderated by podcast host Jason Concepcion.

HBO is also bringing back its signature “Game of Thrones” activations for the event. During Comic-Con, fans can find themselves transported to a Targaryen-ruled Westeros with the immersive experience “House of the Dragon: The Dragon’s Den.”

In the experience, attendees will be guided through a ceremonial dragon hatching experience. Walking in a Targaryen’s footsteps, each person will step from our world into the sights and sounds of King’s Landing, interacting with people of the city, selecting their own dragon egg, and bravely demonstrating they are worthy of a bond with a dragon.

Fans will eventually find themselves in the Throne Room, where, for the first time, fans will be able to see and sit on the new Targaryen-era Iron Throne for a photo moment, acknowledging the reign of Fire and Blood in this infamous era of Westeros.

Once they have proven themselves true Targaryens, each person will hatch their personalized, virtual dragon egg in a new augmented reality app, “House of the Dragon: DracARys.” They’ll then be able to “raise” their dragon at home.

Participants of “House of the Dragon: The Dragon’s Den” will receive exclusive access to the app’s dragon hatching features before the app begins its global rollout and unlocks full functionality on July 25. The experience will be open to all Comic-Con badge holders.

Also Read:
‘Game of Thrones’ Prequel ‘House of the Dragon’ Heats Up With Official Poster

HBO’s The Last Of Us Features Appearances From Troy Baker And...