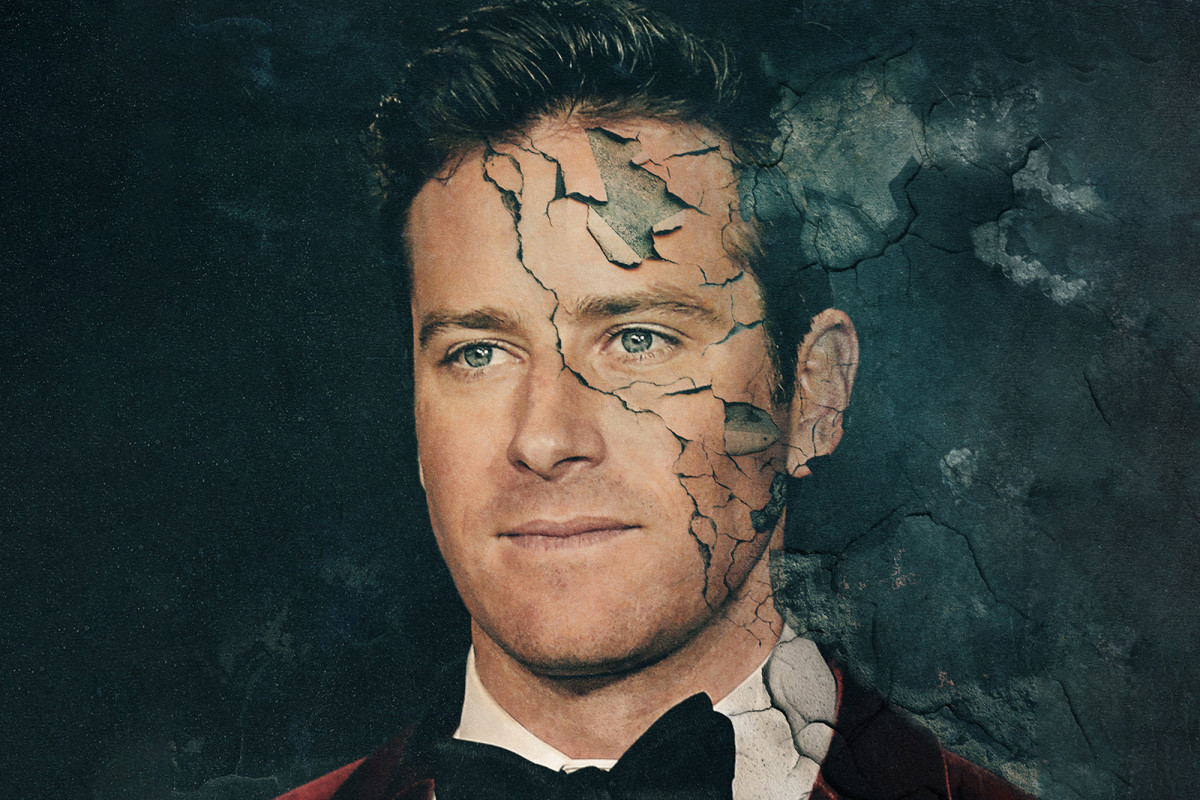 Armie Hammer is at the center of House of Hammer, which examines the Hammer family’s legacy—as well as abuse allegations levied against the Death on the Nile star and other people in his blue bloodline.

Hammer, who rose to fame playing the Winklevoss twins in The Social Network, has been the target of sexual abuse accusations from several women since early 2021, with allegations of cannibalism and leaked DMs going viral. Since the scandal first broke, Hammer, who separated from wife Elizabeth Chambers in July 2020, has gone to rehab for substance abuse and was dropped from his agency.

An attorney for Hammer, Andrew Brettler, previously said in a statement that all allegations of rape and assault against the actor were completely false, noting that all of his sexual relationships were “completely consensual, discussed and agreed upon in advance, and mutually participatory.” Brettler also told Vanity Fair, “The stories perpetuated on social media were designed to be salacious in an effort to harm Mr. Hammer, but that does not make them true.”

The allegations against Hammer and other men in his family depicted in House of Hammer are disturbing. Some of the following may be triggering for some and the subjects are quite dark, including descriptions of violence, sexual abuse, cannibalism, and assault. Please proceed at your own risk.

Related: Where Is Manti Te’o Now? What Happened to the Football Star With The Girlfriend Who Didn’t Exist

House of Hammer Documentary: The Most Shocking Revelations About Armie Hammer and His Family

Leaked texts and direct messages Hammer allegedly sent to women went viral in early 2021, and many of the same are featured in House of Hammer. In one message, Hammer allegedly describes himself as “100% a cannibal.” In another, Hammer allegedly wrote to an accuser, “You were the most intense and extreme version of that I’ve ever had. Raping you on your floor with a knife against you. Everything else seemed boring.”

The documentary also includes archive footage of Paige Lorenze describing how Hammer allegedly branded her without consent and frequently bit her.

Casey Hammer, Armie’s aunt, said in the documentary that none of the allegations against her nephew were “shocking” to her because of their family’s history, explaining, “This is deep-rooted behavior.”

Armie Hammer allegedly had a routine that he used with his accusers.

Courtney Vucekovich accused Hammer of basically following a formula with her and other accusers. Vucekovich said she connected with fellow accuser Paige Lorenze after their respective relationships with Hammer ended. They each said he sent them love-bombing messages, invited them on the same road trips and to the same motels, and had them watch the 2002 film Secretary, in which Maggie Gyllenhaal plays a submissive executive assistant to her dominating boss, played by James Spader.

Armie Hammer’s great-grandfather Armand was extremely controlling of everyone in his life.

Armand Hammer, Armie’s great-grandfather, was the family patriarch and allegedly ruled over the family in brutal ways. Casey Hammer said in the documentary that the family’s phones were tapped, adding, “We were taught Big Brother is always watching … [Armand] had files on anybody you dated, on any of your friends.” She added, “You didn’t make a move without thinking about what if Grandpa found out? I like to say that our lives were like a chess board and our grandfather controlled all the moves.”

A family friend also noted, “That had to be scary, knowing that there were people watching you all the time.”

Casey alleged Julian had a drinking problem and frequently used cocaine, noting, “He was always drunk and you just never knew what kind of condition he was in … As a little girl, when you’re seeing your mom get beat up by your father, you don’t really understand what’s happening. He got worse and worse and worse.”

See also  Reds Notebook: "Everyone wants to play in Cincinnati"

Julian Hammer was accused of literally getting away with murder.

In the documentary, Casey Hammer recalled how her father, Julian Hammer, skated by an alleged manslaughter charge in 1955. Julian allegedly shot a man over a $400 gambling debt. Armand allegedly paid $50,000 to a lawyer, who then dropped the charges.

Julian Hammer got engaged to a housekeeper, then tried controlling her.

Julian had an actual housekeeper, Cathe Boal, who left her husband and young son to be with Julian, only to have him get increasingly controlling of her.

“He was a real charmer. He knew how to get his way. He was suave. As time went on, we got [really] close,” she said. “He seemed to be more possessive as time went on. He didn’t want me to have any friends. I was naïve. I thought if I could give him enough love, I could change him.”

Boal said that Julian once took her to a bar where he flirted with men in front of her. She hitchhiked home with a strange man, who she says Julian threatened with a gun. She said guns were his “go-to” way “to get control,” adding that she left him for good when a gun went off near her son just days after the bar incident.

Julian and brother Michael Hammer allegedly fought over a girlfriend.

Casey Hammer said in the documentary that her father Julian and her brother Michael Hammer (Armie’s father) got violent fighting over a girlfriend—and that Julian tried to buy the woman from his brother.

Casey says in the docuseries, “My father offered my brother a million [dollars] for his girlfriend. My brother, it was like a monster unleashed. They both said, ‘I’m going to kill you,’ and they ran outside. When I finally circled the building, I saw police had separated them.”

The girlfriend left the scene with Julian “to tame the situation” and lived with Julian for eight months, Casey said.

One of Armie Hammer’s former coworkers says he was controlling.

An anonymous coworker of Armie Hammer’s, who is presented in the documentary with their face obscured and voice digitally altered, said that the Rebecca actor was cruel and controlling at work as well as in his personal life. The coworker said that Armie made him pick up a friend from the airport while holding up a sign with a homophobic slur written on it, and that Armie made him get a lapdance at a strip club without the coworker’s consent.

Related: These Are the 15 Most Compelling Cult Documentaries and Docuseries Available to Stream Now

Armand Hammer is accused of using Prince Charles to rehabilitate his reputation.

Armand Hammer was accused in the documentary of using Prince Charles and other royals to salvage his reputation after it was discovered that Armand hid political contributions to Richard Nixon. Armand’s former consultant Neil Lyndon said that Armand donated £40 million (about $46 million in today’s exchange rate) to one of Prince Charles’ causes, adding, “Charles did see Hammer as a source of funds for everything he cared about.”

Lyndon also noted that Armand’s close ties to famous political and global figures likely played a big role in his not being held accountable when the Piper Alpha explosion killed 167 oil rig workers.

Armand Hammer wasn’t quite as rich as his family thought he was.

At the time of his death, Armand Hammer’s family reportedly thought he was a billionaire, but he only (we use that term loosely) had about $40 million in cash to his name. Armand left the bulk of his money to Armie’s father Michael, who was the executor of Armand’s estate, granting $250,000 to Casey and $500,000 to Julian.

How to watch the House of Hammer Armie Hammer documentary

House of Hammer is streaming exclusively on Discovery+.

Next, check out the most suspenseful thrillers on Netflix right now.

Ruben Randall - June 11, 2022 0
TV/Movies
Sports personalities and celebrities are often a source of motivation for those looking to get fit. Actors build their bodies to fit certain roles,...