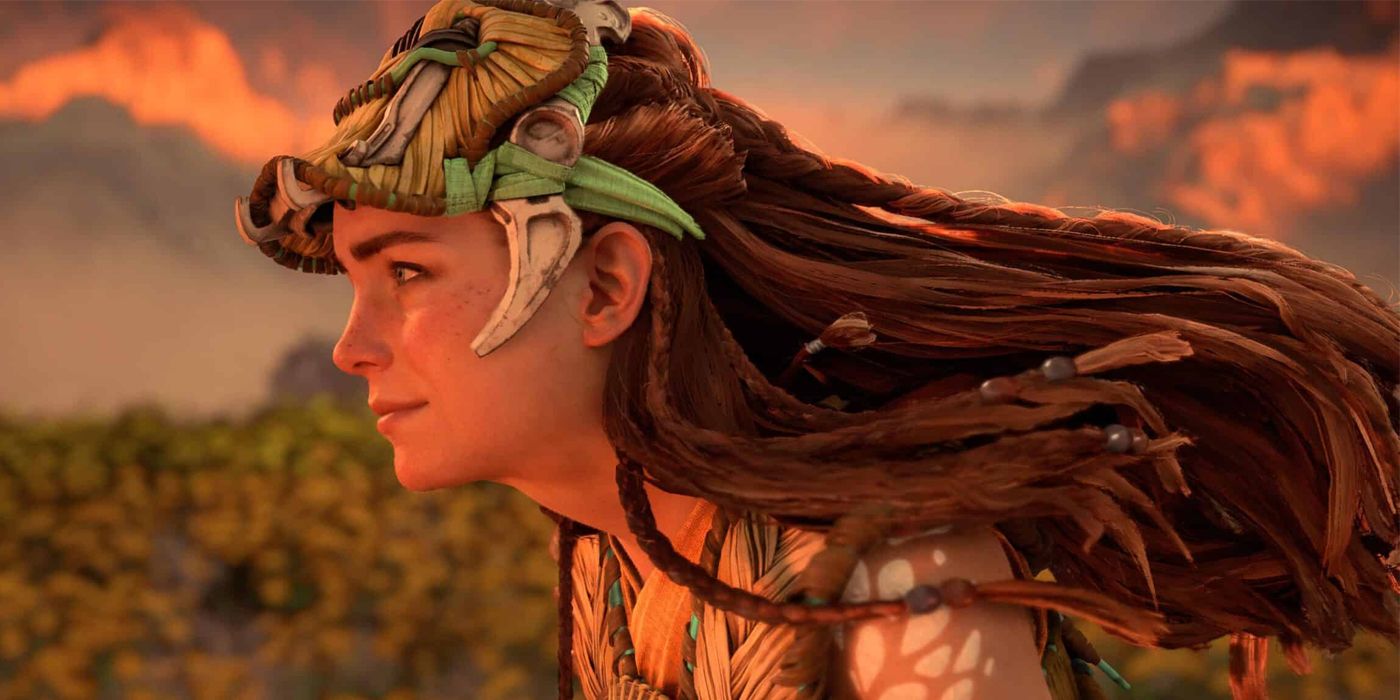 Horizon Forbidden West developer Guerilla Games shares an impressive cosplay of Aloy as rumors of a Zero Dawn remake spread across the internet.

A talented cosplayer recently showed off their impressive rendition of Horizon Forbidden West’s Aloy, and it has caught the attention of developer Guerilla Games. The world of Horizon Zero Dawn lends itself well to cosplay thanks to its futuristic tribal aesthetic, which features a wide range of memorable costumes for hero and villain alike. The brave Nora outcast-turned-savior Aloy is an especially popular inspiration to cosplayers. Some fans have unboxed Horizon Forbidden West dressed as Aloy, while others like to have some fun by adding a Bokoblin head from The Legend of Zelda: Breath of the Wild to Aloy’s signature Nora outfit.

Some of these impressive Horizon Forbidden West cosplays have even gained the attention and approval of Guerilla Games, as was the case with one fan who dressed as Aloy from the original Horizon Zero Dawn in anticipation of Forbidden West’s launch earlier this year. It isn’t just Aloy fans getting praise from the studio either, as Guerrilla also celebrated a Horizon Zero Dawn Sylens cosplayer for their impressive take on Aloy’s cold and calculating ally.

Guerilla Games has once again put the spotlight on a skilled Horizon Forbidden West cosplayer, sharing a stunning image of the heroine drawing her bow on its official Twitter account. This cosplay features Aloy in one of her many alternate Horizon Forbidden West costumes, and was done by Instagram cosplayer cindys_beskarschmiede. The photo itself was taken by Jan Stoklasek, a digital artist and photographer whose work can also be seen Instagram. The picture contains the hashtag “BeyondTheHorizon,” which has been used to highlight impressive cosplays and in-game images taken with Horizon Forbidden West’s Photo Mode.

Horizon Cosplays Show How Iconic A PlayStation Character Aloy Is

Whatever form the franchise may take in the coming years, it’s clear that Horizon Forbidden West continues to have a strong following among gamers given the number of cosplayers dressing up as Aloy or Sylens. It’s even more impressive that Guerrilla Games shares Horizon Zero Dawn Aloy cosplays on social media, as it recognizes the efforts of the community and fosters a stronger connection between the studio and its fans.

Olivia Cooke on Her Favorite Deleted Scene from #HouseoftheDragon S1 “In the Dinner …...

Ruben Randall - February 24, 2022 0
Celebrity
Joseph Gordon-Levitt has been in some of the most successful movies and film franchises in Hollywood over the past twenty years. He...