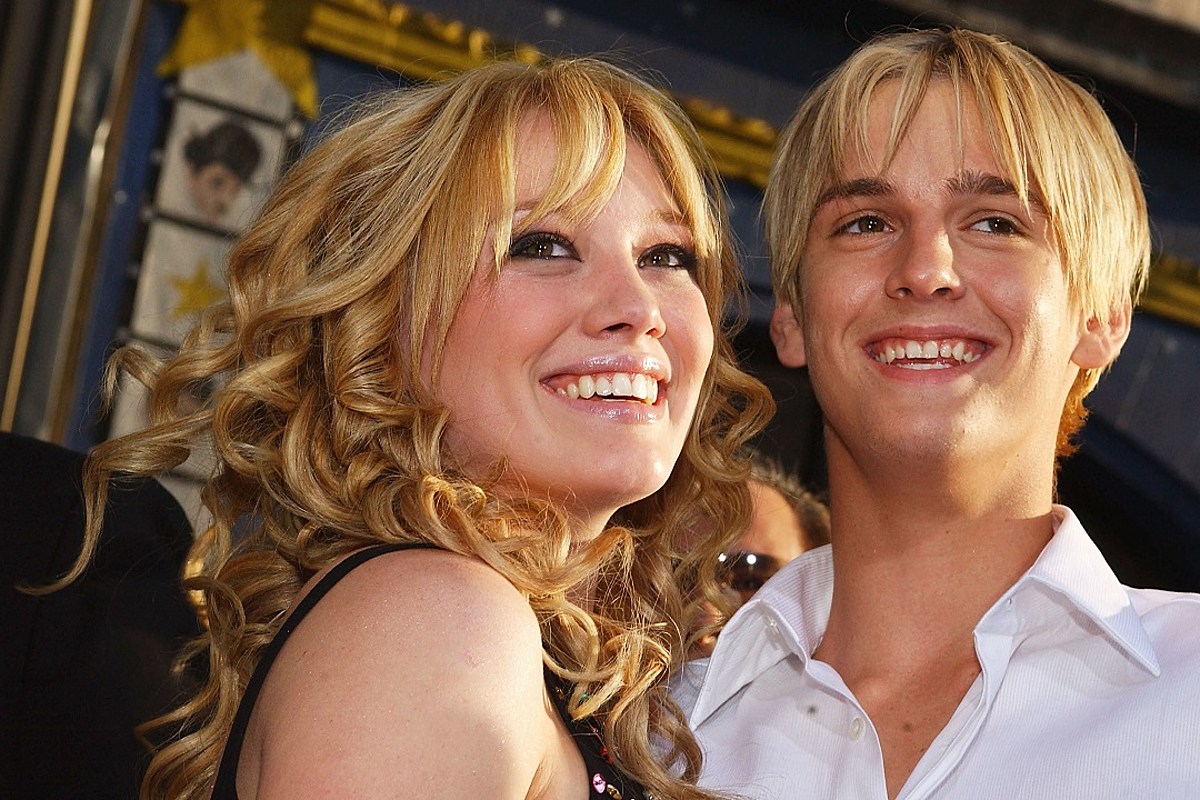 Over a simple black background, Duff shared this succinct, yet emotional message to her former one-time Lizzie McGuire co-star and fellow tween star:

For Aaron, I’m deeply sorry that life was so hard for you and that you had to struggle in front of the whole world. You had a charm that was absolutely effervescent… Boy, did my teenage self love you deeply.

Sending love to your family at this time.

Duff and Carter famously dated in the early 2000s. Their relationship was confirmed in 2001 and garnered media attention in both the tabloids and teen magazines of the era.

The pair continued with an on-again, off-again relationship through the mid-2000s, though their romance was troubled by a rumored love triangle between Duff, Carter and fellow Disney star Lindsay Lohan.

In 2014, Carter declared on Twitter he would “spend the rest of my life” trying to get Duff back. In another tweet, he called the singer-actress “flawless.”

Speaking to BuzzFeed the same year, Duff reacted to Carter’s proclamation, telling the site, “I don’t know how I feel. I mean, that was so long ago, and obviously I’m still married, and I have a baby and we kind of just … don’t know each other.”

In 2001, Carter made a guest appearance on the Duff-starring Disney Channel hit show, Lizzie McGuire.

Watch the scene below:

The singer is survived by his 11-month-old son, Prince.

Disney Stars Who Dated Each Other

Below, discover the most iconic Disney couples, including pairs you may have forgotten about!

“No One Should Have to Plea for Mercy”: Arnold Schwarzenegger’s Ex-Wife Maria Shriver Devastated...

For everyone’s sake, Republicans need to become more boring – The...

Ruben Randall - December 11, 2022 0
TV/Movies
A few days ago, Matthew Yglesias — one of the cofounders of Vox and a recurring columnist for Bloomberg Opinion — wrote a post...