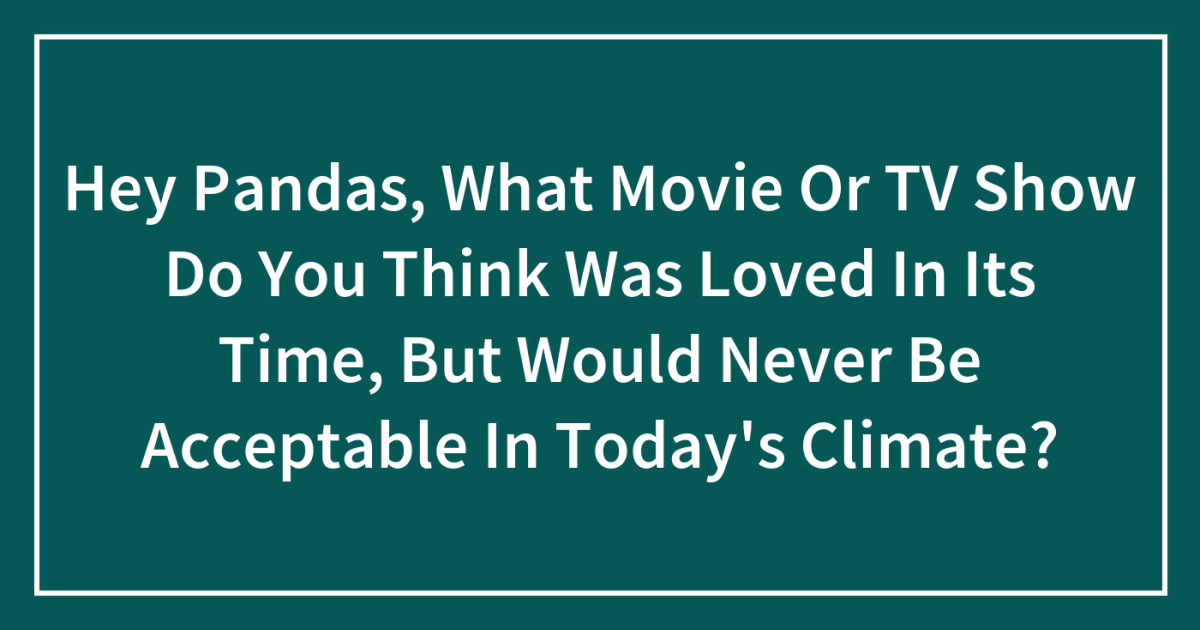 Married with Children for sure. Such a great show but I don’t think it would ever fly today! Even back in the 80s it was controversial. Lots of misogyny and use of words like tranny and fruit referring to gay people. It’s still a hilarious show and the actors were outstanding but definitely don’t think it would make it today.

When my daughter was 7 yo I popped the Grease dvd in for us to watch as a family. Boy was I in for a shock.

It amazing that as a kid you never notice lyrics such as ‘You know that it ain’t s**t, we’ll be gettin’ lots of tit’, ‘You are supreme, the chicks’ll cream’, and ‘You know that I ain’t braggin’, she’s a real pussy wagon’. And that’s just one song!

The old Sesame Street. People just overthink a bunch of nonsense then spew it as if it’s facts. Bring back Bert and Ernie, the Count, Grover,.. Just bring it all back the way it was in the 80s and early, early 90s, and older. PLEASE.
Idgf if I’m an adult. I’ll watch it like I’m 5 years old again with a bowl of Lucky Charms.

Friends. I like the show a lot but obviously it is quite outdated, with a lot of sexism, homophobia and other issues.

Adventures in Babysitting 1987. I saw it as a child and thought it was amazing, we would beg our mom to let us watch it all the time. Seeing it as an adult was a real eye opener. It was like watching a completely different movie. Also Animal House and Blues Brothers.

Dumbo. The pivotal moment where Dumbo gets drunk has violated the drinking ban in kid’s shows for years. And that’s without even mentioning……….. the crows.

The boondocks. I don’t think i even need to explain why.

Let’s see Seinfeld comes to mind. I think it’s fine but I’m sure others would cancel that in a second.
And I’m surprised no one has said The Office yet. Like cmon, if u know you know. Still one of the best shows tho as long as you aren’t sensitive.

Blazing Saddles. I’m still surprised to see it on TV.

Blazing Saddles. Not a chance it would be made today.

Does anyone remember “Love Thy Neighbour.” ?

The Fresh Prince of Bel Air.
There’s way too many sexist jokes, and jokes about appearance (including jokes about height, fatphobic jokes, etc), a lot of objectifying women, and a lot of things that wouldn’t fly today. I have never watched it and started watching it with my partner, and half the time we’re like “ooooooof!”

Dirty Dancing. She looks like a little girl – they even call her baby. He looks like a grown man. Creeped me out at the time, now I think more would agree with me.

“Am I a Basic White Yet?”: Arnold Schwarzenegger’s Son Has a Strange Realization After...

Ruben Randall - September 3, 2022 0
TV/Movies
Summary Cuttputli is what happens when you mix a serial killer thriller with Bollywood romance and dancing. It’s a fun watch if a bit too slow.  This...