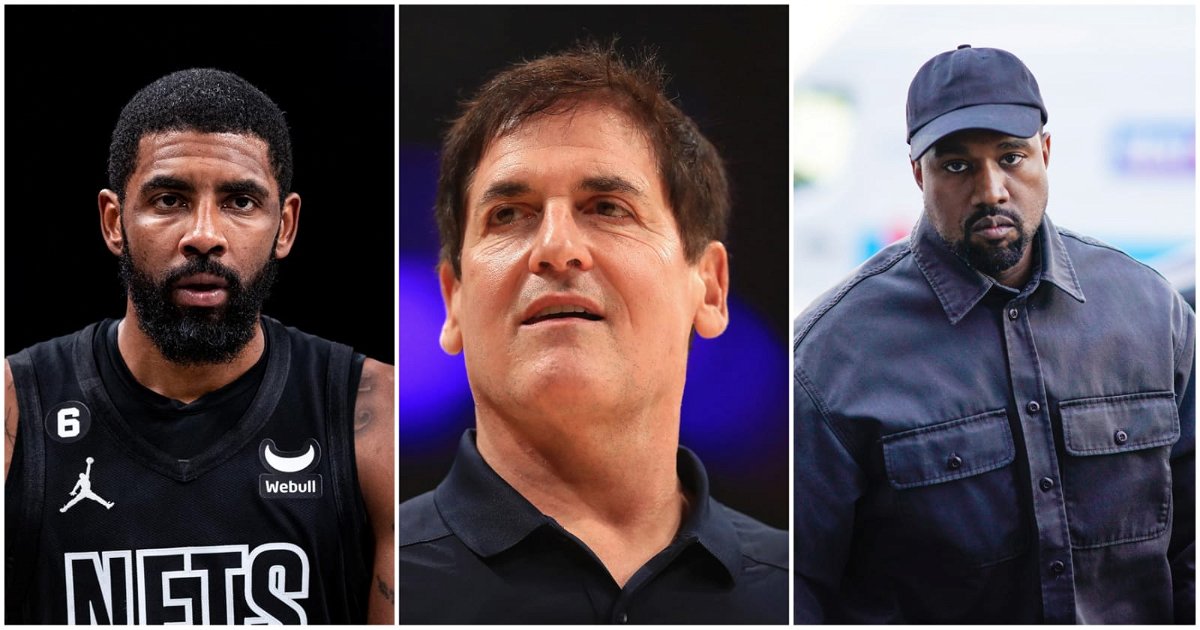 Mark Cuban recently gave his thoughts on the Kyrie Irving controversy. The billionaire Dallas Mavericks owner talked about the antisemitic matter that has recently caused an uproar in the league. Cuban pointed out how a celebrity could have a huge difference with their comments. The interview was released by RealLyfe Productions on November 14, 2022.

It might take quite some time before the Kyrie Irving controversy completely dies down. Ever since the NBA star got caught up in the controversy around anti-semitism, several big names have come forth to give their take on the matter. While many have condemned Irving’s comments, there were some, including Kanye West, who spoke in support of the Brooklyn Nets star. It has been several weeks since the controversy first started. In a recent interview, billionaire Mavs owner Mark Cuban shared that being Jewish, he too had to deal with antisemitism. According to Cuban, if an ordinary person would have said the same things that West or Irving said, everyone probably would have dismissed it. He stated that being a celebrity restricted you from saying certain things that could be hurtful.

“You have a platform, so people pay attention. I don’t think Kyrie has got a bad heart, but I think he’s definitely not educated about the impact it has, and that’s part of the process,” said the Dallas Mavericks owner.

The Brooklyn Nets have yet to reinstate Kyrie Irving. NBA Insider Marc Stein recently reported that the NBPA might soon step in if the franchise delays Irving’s return to the team. According to Stein, Irving is more than ready to join his teammates. However, there have been no reports as to when the Nets guard will be able to get back into action.

Sources: Nets have delivered Kyrie Irving six items he must complete to return to team:

“Word is Irving is itching to get back on the floor and there have been rumbles for days that the National Basketball Players Association, at some stage, could move to file a grievance on Irving’s behalf if the various parties involved can’t reach a resolution on a return timetable,” wrote Stein.

Clara and I met with Kyrie and his family yesterday. We spent quality time to understand each other and it’s clear to me that Kyrie does not have any beliefs of hate towards Jewish people or any group.

Earlier, NBPA’s vice president and Boston Celtics superstar Jaylen Brown said that the terms presented to Irving were too severe compared to Irving’s actions. Following Irving’s suspension, the franchise had given six tasks for Irving to complete. The condition was that only after the completion of the terms will Irving be able to rejoin the team. Apparently, the NBA champion had recently met with Nets owner Joe Tsai who tweeted that he was convinced that Irving did not have any hatred towards any community or group.

Watch This Story: Kevin Durant vs James Harden vs Kyrie Irving Net Worth: Who is the Richest Brooklyn Nets Star?

Meeting with Tsai was the last task on the list. Therefore, it might be safe to say that Irving has successfully completed all the tasks. Despite that, the franchise has not announced Irving’s return to the team.

Who is John Murphy, Buffalo Bills play-by-play radio announcer in the NFL?

Ruben Randall - December 1, 2022 0
Money
When the Calgary Flames signed new acquisitions Jonathan Huberdeau and Mackenzie Weegar to massive eight-year contract extensions this summer, it looked like they had...