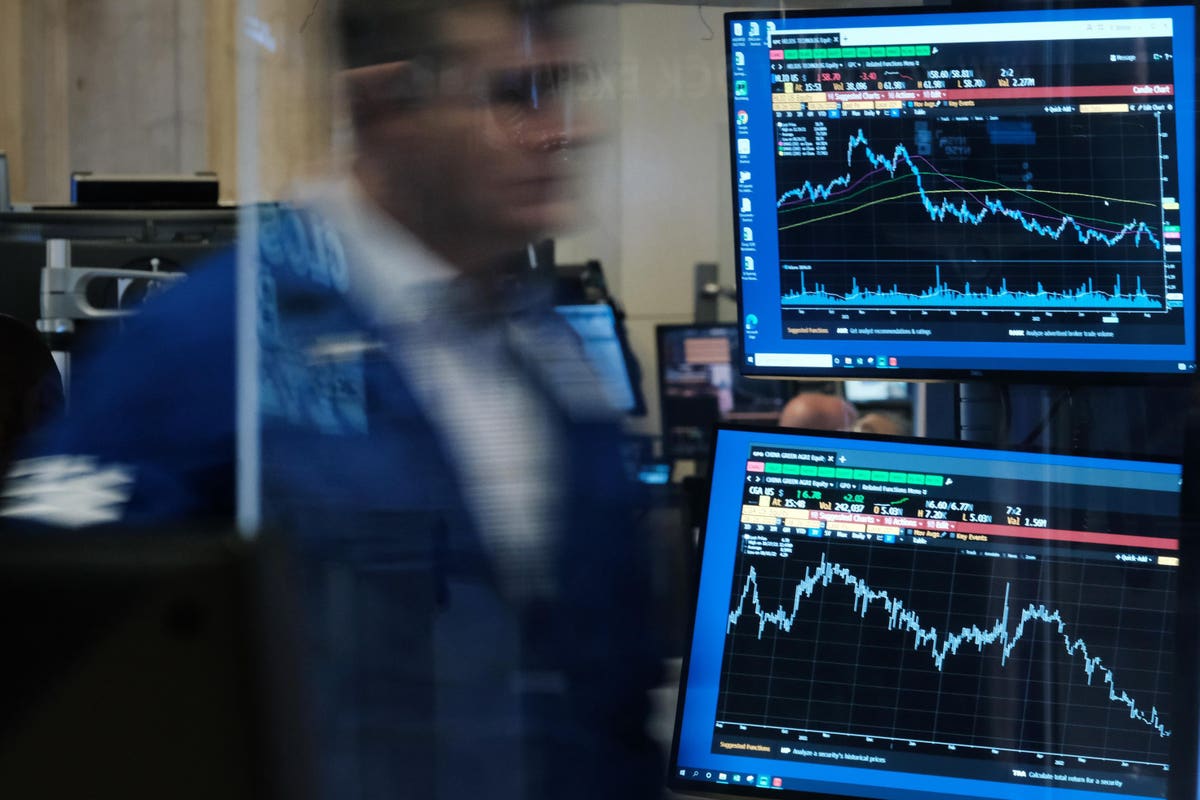 During a bull market, it might seem easy to choose a hedge fund because most are generating positive returns. However, other factors like the Sharpe ratio and comparisons with their benchmarks should also play a role in fund selection, regardless of what the markets are doing.

Additionally, the arrival of a bear market makes it clear why consistency is more important than the returns from any one single year. Many hedge fund managers can generate a single year of attractive returns, but those with multi-year staying power are the ones that make a big difference for their investors.

In his 2022 Survey of the Top 50 Hedge Funds, Eric Uhlfelder said the top 50 funds have been generating about the same annualized net returns since inception as they have over the last five years, emphasizing their consistency. This year’s survey is his 19th annual global hedge fund survey, with previous editions having been commissioned by the Financial Times, Barron’s The Wall Street Journal and SALT. The survey is now available on BarclayHedge.

Overview of the “Top 50” most consistent hedge funds

Even the top 50 hedge funds (based on their net annualized five-year returns) collectively trailed the S&P 500’s red-hot returns over the five years that ended in 2021. They lagged by several percentage points but with significantly less risk and almost no correlation with the broader market.

However, these features have paid off this year so far. In aggregate, the top 50 hedge funds have significantly outperformed the market and the hedge fund industry as a whole during the first half of the year. Collectively, they were up more than 1%— beating the industry by almost 11 percentage points and the S&P 500 by 21 percentage points.

According to BarclayHedge, the average hedge fund generated net annualized returns of 7.2% with a Sharpe ratio of 0.86 and market correlation of 0.9 over the last five years through 2021. However, the top 50 hedge funds collectively generated annualized returns of 15.5% — more than double the industry average while trailing the S&P 500 by only three percentage points.

Investors can learn some important lessons from studying the best-performing funds, whether they’re looking at investing in a hedge fund or not. In his 2022 Survey of the Top 50 Hedge Funds, Uhlfelder said the average age of the top 50 funds is 13.5 years — almost triple the lifespan of the average hedge fund.

Further, many investors may be surprised to learn that about half of the list has typically been smaller funds. This demonstrates the potential benefits of investing with lesser-known managers who generate consistent returns, as they often bring more diversity and flexibility to their portfolios than larger funds.

Some key takeaways from the survey

The market environment this year has been quite different from those of recent years. For example, funds that invest in sub-investment-grade or high-yield bonds held up far better than hedged equity funds during the first half of the year.

As would be expected, macro funds have performed exceptionally well this year due to their focus on interest rates and other macro factors. Multi-strategy funds have also done quite well amid the market’s rotation from the bull market to the bear market, generating positive returns for the first half. Volatility funds have also done well.

On the other hand, hedged equity funds have taken the biggest hit of all the tracked strategies.

He also only looks at broad strategy funds so that he can focus on manager skills rather than managers locked into specific sectors, commodities or other such restrictions. Uhlfelder also requires funds to have at least $300 million in assets under management, helping to ensure the included funds are run by top-tier managers with more reliable reporting.

Beware the turning of the market

In an interview, Uhlfelder called attention to a few other lessons that can be gleaned from his survey. For example, he pointed out that hedge funds generating extreme positive returns over one year or even multiple years often plunge far into the red when the market reverses.

He explained that Skye Global enjoyed massive returns of almost 50% a year over five years, landing it the top spot on this year’s survey. However, when the market turned, it plunged, posting declines of 35% for the first half of this year. That demonstrated his point that funds with extreme positive returns are hard-pressed not to plunge in a steep selloff.

The same thing happened to the fund that captured the number one spot in Uhlfelder’s 2020 and 2021 surveys. Despite its strong performances during those two five-year periods, that fund generated a return of less than 5% last year. This year, the fund was down 65% through June, demonstrating that the faster such funds climb, the harder they will likely fall when the bear market emerges.

Uhlfelder believes it is “arbitrary and not justifiable” to exclude a fund for having numbers that are too good, which would reduce the “Top 50’s” volatility. He tracks the funds for a full year after selecting them for his survey.

“But for investors, it makes sense to see how such funds confront a major selloff before considering investing,” he cautioned.

No need to hedge?

For his 2020 survey, Uhlfelder interviewed the fund manager who captured the top spot for two straight years. The manager said he was successful because he knew how to pick stocks. He said he believed in the markets’ efficiency, adding that he didn’t need to hedge because of the way he chose his long positions.

Uhlfelder found it highly unusual to hear anyone so convinced that what they are doing would always be correct. Over the years of conducting his survey, he has found that fund managers with this view have had trouble adjusting to changing realities that challenge their perceptions. Uhlfelder added that the fund in question was highly concentrated with fewer than 10 positions, most of which were long. Such a strategy further increases risk.

“When managers are generating outlandish returns, you’re getting something that’s not sustainable, and you never know when the music will stop,” he said. “There’s always a return to the mean, so if you come in too late, you could be exposed to serious downside.”

Uhlfelder emphasized that managers can suffer not only from overconfidence but also a failure to harvest their profits regularly and reduce their exposure to high-flying stocks.

“Following these basic tenets speak to a discipline that can help control risk,” he added. “It may limit upside, but it helps lock in profits and control downside.”

Pushing profits from paper to cash

Uhlfelder noted that most investors believe every hedge fund manager knows how to control risk and limit downside. However, he has found that to be “far from the truth.” He added that the most consistently performing fund managers are those that regularly challenge their thinking and reassess their positions, taking into account what’s happening broadly.

Additionally, he said fund managers should have hedges against their long exposure and laddered stop losses in place to staunch the bleeding when their biggest long positions plunge. Uhlfelder explained that not doing all of these things usually sends returns cascading downward in a bear market.

“This is clearly what that former number one fund didn’t do,” he emphasized. “The manager didn’t take money off [the] table. He didn’t materially reallocate into new ideas and didn’t have hedges in place. He didn’t see, for example, what could slam a hip used-car company. At the end of the day, if the price of a stock starts collapsing and you’ve made a big profit, it would seem to make sense to take some of that money off the table.”

A reputation wiped out instantly

Many of the best hedge fund managers will sell some shares of a falling stock but then, if they believe in the company, buy the stock back after it stabilizes. He recalled a well-known quote often attributed to John Maynard Keynes, although further research revealed that it had actually come from reputed Wall Street commentator A. Gary Shilling, who made the statement in a 1986 article in The Advertiser.

Shilling said, “The market can remain irrational longer than you can remain solvent.”

“Whether it’s irrationality or rationality driving down a stock’s price, failing to take at least some profits off the table can undo years of effective asset management,” Uhlfelder explains. “It takes managers a long time to establish their reputation. But if they’re hit with a huge drawdown, that reputation gets wiped out.”

He said after sustaining a 65% drawdown, it will take former top-performing manager an exceptionally long time to recover his credentials. Unfortunately, allocators may never see him in the same light as they did before that massive drawdown.

“Preserving investor capital and a firm’s reputation should be managers’ most important concerns,” Uhlfelder said. “It’s in a fund’s interest to do so. When such a collapse occurs, it will be a while before it reclaims its highwater mark and to restart collecting performance fees and attracting new investors. Sustaining consistent profitability is in everyone’s best interest.”

Michelle Jones contributed to this report.

See also  Nominees for Comedy Movie Star of the Year

How Inflation and the Supply Chain Are Crushing Your Favorite Indie...

Teen Moms who TWIN with their kids featuring Jenelle Evans and...