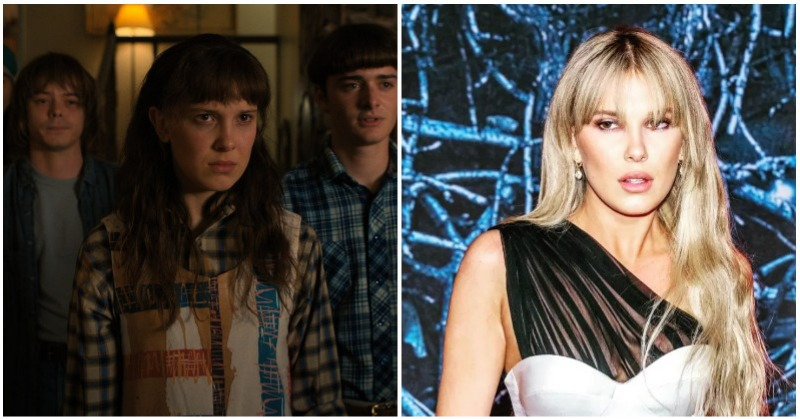 Stranger Things has been a global sensation since its release on Netflix in 2016. Season 3 premiered in 2019 to more than 40 million viewers in the first few days. The sci-fi horror thriller, which takes place in the 1980s, has been a knockout for Netflix.

While the Netflix original is a popular show, it is also extremely costly to create. Each Stranger Things Season 4 episode cost Netflix over $30 million, according to reports, due to behind-the-scenes staff, visual effects, marketing, and a big cast whose pay continues to rise. A significant portion of it goes to the performers who bring the characters to life.

Here’s how much each lead cast member of Stranger Things will earn for season 4:

Winona Ryder dominated the 1990s as one of Hollywood’s hottest and freshest new stars, receiving two Oscar nominations. Edward Scissorhands, Heathers, Bram Stoker’s Dracula, The Age of Innocence, Reality Bites, and Little Women were among her many cinematic roles.

Her career slowed for a spell, and Stranger Things was widely seen as her great comeback. According to Deadline, Ryder’s compensation increased from $300,000 to $350,000 per episode for Season 4.

According to Celebrity Net Worth, Millie Bobby Brown made $10,000 each episode in the first season of Stranger Things. For the second season, the amount increased to $30,000 for each episode. That amount jumped to $300,000 each episode in Season 3. Brown is also said to have made at least $6 million for her role in Enola Holmes. Her contract also said that if there is a sequel (which has reportedly already wrapped filming), she would be paid at least $7.5 million.

When Netflix renewed Stranger Things for a third season, David Harbour, like his co-star Ryder, received a significant pay raise. According to Deadline, both performers, who had more experience than their younger peers, began earning between $300,000 and $350,000 each episode. Harbour has previously acted in films such as Brokeback Mountain, Revolutionary Road, Quantum of Solace, and superhero films such as Black Widow, Hellboy, and The Green Hornet before joining the franchise.

The extremely confident Matarazzo had already played on Broadway in Les Miserables and Priscilla, Queen of the Desert before landing his star-making role on Stranger Things. He earned $10,000 per episode for Season 1, $30,000 for Season 2, and a quarter of a million dollars per episode for the Netflix hit’s third season. According to Celebrity Net Worth, he was paid a total of $2.25 million for Season 4, which is either a raise or a bonus.

Many of Finn Wolfhard’s coworkers, even those his age, had more extensive résumé before Stranger Things, but he had only been in a few one-off, minor roles in a handful of TV episodes. He was already earning $225,000 each episode by Season 3, just a few years after starting in the industry. He landed his first film franchise when the Netflix series became a blockbuster, and he’s already appeared in two films in the horror series It.

Natalia Dyer had already appeared in a few popular films and attended college before Stranger Things began. Before relocating to New York City to attend New York University, she participated in Hannah Montana: The Movie and The Greening of Whitney Brown. She continued to perform in minor roles, and for Stranger Things, she moved her concentration to television. She met her partner and co-star, Charlie Heaton, on set, and the show not only helped her attain new heights of fame and fortune (by Season 3, she was reputedly earning $100,000 or more per episode).

Charlie Heaton, like his girlfriend Dyer, gets paid between $100,000 and $150,000 every episode of Stranger Things. Apart from acting, Heaton was a member of a band in f the United Kingdom before relocating to America to pursue his acting career.

Ruben Randall - June 14, 2022 0
Money
KRIS Jenner made herself a household name after raising and managing the Kardashian family. The mom of six has made millions by using her business-savvy...

Kanye West no longer a billionaire– anti-Semitism annihilate his net worth...