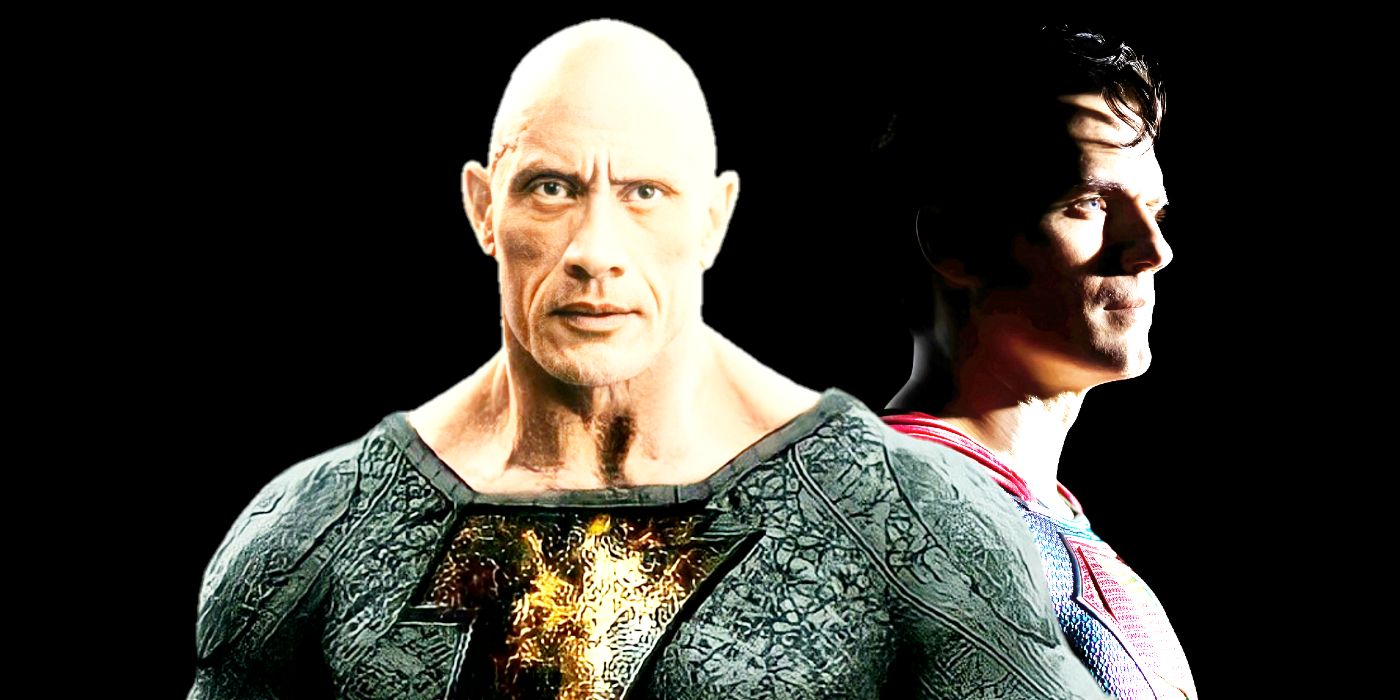 Black Adam star Dwayne Johnson calls Henry Cavill’s Superman essential to the growth of the DC Universe. After being absent from the DCU (formerly known as the DCEU) since 2017, Cavill returned to the franchise as his version of Superman in the Black Adam movie. While it happened last minute, the British star suited up as the Man of Steel for a brief but prominent post-credits scene where he encountered Johnson’s antihero. However, as Cavill said himself, it was only a taste of what’s to come for his take on the DC icon.

Following the surprise of Black Adam‘s digital release this week, Johnson took to Twitter to share a special video message about the future of his franchise. While not giving away any spoilers or hints at what’s happening in coming years, Johnson spoke highly about Cavill’s Superman. The Black Adam actor made it clear that Cavill’s version of the character is essential to flesh out the larger DCU, as it was a big battle for Superman’s involvement in the film, sharing the following:

“We have to bring back the most powerful, unstoppable force of all time in any universe. You guys know who I’m talking about, it’s Superman. That’s Henry Cavill. At the end of the day, the studio wasn’t bringing Henry back, inexplicably and inexcusably but we weren’t going to take no for an answer, This has been years in the making, bringing Henry Cavill back with strategic conversations and we were not going to take no for an answer. For us, there’s no viable logical way to build out the DC Universe without the most powerful force and the greatest superhero of all time sitting on the sidelines, it’s impossible to do. You can Venn diagram this thing 90 times but it all comes back to, ‘Where’s Superman?’ You have to have Superman in the mix, so that’s why we fought hard to bring Superman back.”

Why Henry Cavill’s Superman Is Important To DCU

While Cavill’s Superman was the launching point for the DCU with 2013’s Man of Steel, the franchise has gone on without him after 2017’s Justice League. Even though Cavill’s status in the DCU was unknown for the longest time, it didn’t stop the franchise from using Superman, but by having body doubles fill in for him without showing his face in in Shazam! and Peacemaker. Despite the fact that the DCU has grown over the years through the introductions of new characters, Superman has been greatly neglected for years, going as far as not leading a solo film since 2013.

Whether it’s in the comics or other media depicting the DC Universe, Superman has always been the crown jewel of that world. Without Superman, a lot of what DC has been and is today wouldn’t exist, and that includes the DCU as a cinematic franchise. In the last few years, Superman has instead had a more active role on the small screen through Tyler Hoechlin’s version in The CW’s Arrowverse franchise, with him acting as one of the leads on Superman & Lois. However, with James Gunn and Peter Safran having a 10-year plan for the DCU, Superman is more important for the films than ever, especially if the hope is to have another Justice League movie down the line.

Even though Warner Bros. Discovery and DC Studios have yet to confirm it, Man of Steel 2 is in early development, while Cavill’s contract status has yet to be finalized. Despite the fact that Gunn and Safran have yet to disclose their specific plans for the DCU, Superman is clearly a major priority for their road map, so it’s only a matter of time before more is revealed about Cavill’s future. As 2022 reaches its end, it will hopefully not be a long wait in 2023 to learn more about what is in store for Superman and Cavill’s presence in the DCU.

From Dracula to David Cross: a complete guide to this week’s...

JoJo Shares Throwback Photo with the Jonas Brothers and Aly &...