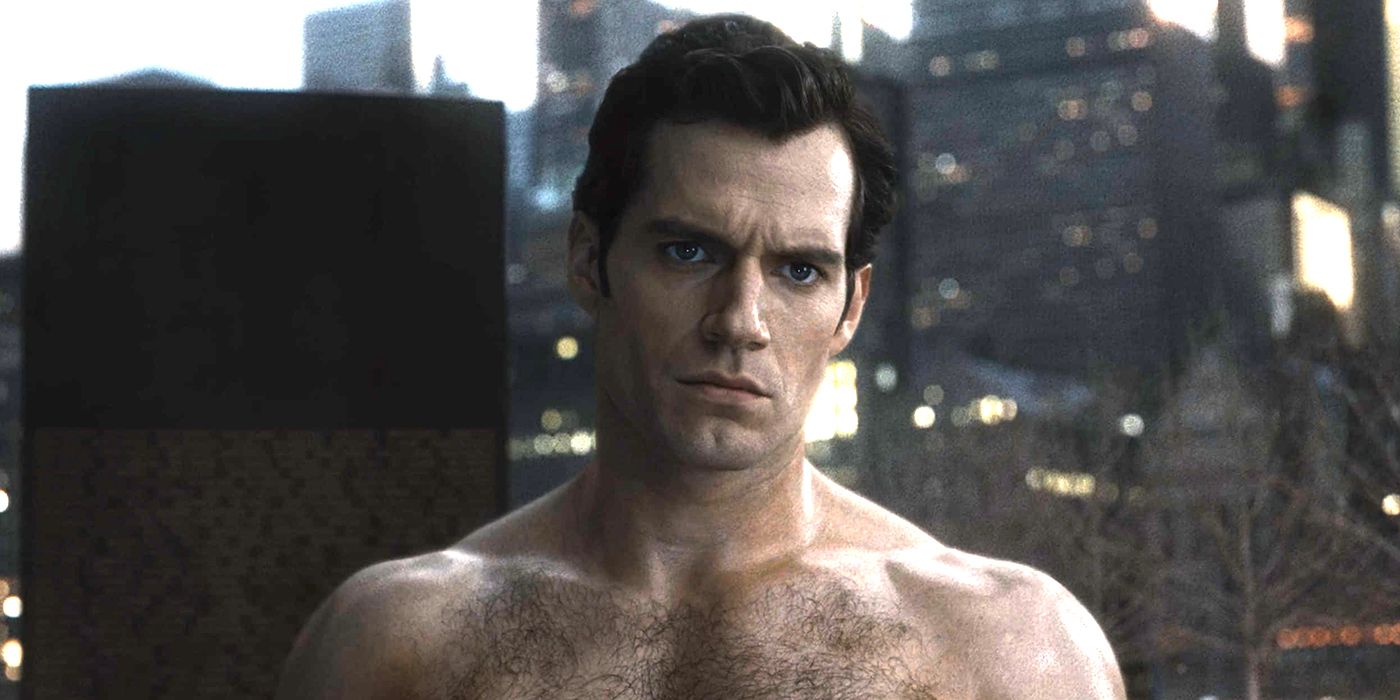 Warning: This article contains spoilers for Black Adam.Henry Cavill has explained exactly how his Superman cameo in Black Adam came to be. Black Adam, which premiered in theaters on October 21, reunites its star Dwayne Johnson with director Jaume Collet-Serra, whom he previously worked with on Disney’s Jungle Cruise. The DC Extended Universe introduces DC fans to the live-action version of the iconic comics antihero, who was originally introduced as a villain for the character Shazam. The film follows the character being imbued with godlike powers in ancient Kahndaq before being imprisoned for 5,000 years and emerging in the modern era.

In addition to giving fans an adventure with a brand-new DCEU character, Black Adam spent one of its credits sequences reintroducing fans to an iconic character. Henry Cavill, who hasn’t appeared in a theatrical DC movie since 2017’s Justice League, returned as Superman, the role he has held since 2013’s Man of Steel, the film that kicked off the DCEU. Cavill also recently announced that he would be officially returning as Superman in future DCEU projects as well, and is now sharing how it all came to be.

On his official Twitter account, Josh Horowitz shared a clip from a recent 45-minute interview with Cavill, the actor’s first since he announced he was returning as Superman. He explained what it took to make his Black Adam cameo, including trying to get time off from his busy schedule on his Netflix series The Witcher without telling anybody exactly what he was doing. He revealed that being in the suit again – and specifically the suit from Man of Steel – “is one of the top moments in my career.” Read his full quote below:

I was on Witcher and I got the call saying, “Hey, this is happening, when can you do it?”

And I was like, “I’m working six-day weeks, I don’t know when I can do this.”

And they said, “Look, we’ve got these dates.”

And we had to get clearance from Witcher production at the time, but it was so top secret we couldn’t tell them what. We just said “Hey, there’s this thing I’m gonna do. Can you clear me for it?”…

And so then I went to… Warner Bros. Studios in the UK and on a super secret set… everything all hidden, and I got back in the suit, and it was a very powerful moment for me… [It] was very emotionally connective because I put the Man of Steel suit back on.

And I chose that one in particular because of the nostalgia attached to the suit, and it was incredibly important for me to just be standing there and enjoying that moment. And that is one of the top moments in my career. It feels great to have the opportunity to wear it again.

So far, there has not been any specific confirmation about what exact future DC projects will be featuring Henry Cavill reprising the role of Superman. However, there are multiple avenues for the character to go down, including the teased showdown between Superman and Black Adam. Producers have teased that this particular battle will last over multiple movies, but Johnson has also stated that the next project to feature Black Adam like won’t be his battle with Superman, in order to build anticipation for the showdown.

Taking all that into consideration, the next Superman project after Black Adam could very well be the long-rumored Man of Steel 2. It has now been nearly a decade since the release of the original Man of Steel, and though Superman has appeared in multiple other DCEU projects (including 2016’s Batman v Superman: Dawn of Justice), fans have been clamoring for a new adventure putting him back in the lead. Recently, reports have been flying about Man of Steel 2 being in early development and searching for writers, so it’s possible that they will use that sequel to put Superman’s story back on the table before reuniting him with Black Adam.

Next: Does DC Have The Perfect Justice League 2 Villain Now?

Ruben Randall - April 15, 2022 0
Money
According to an insider, Smith's massive success in the film industry has made him grow a little too big for his britches, and he...