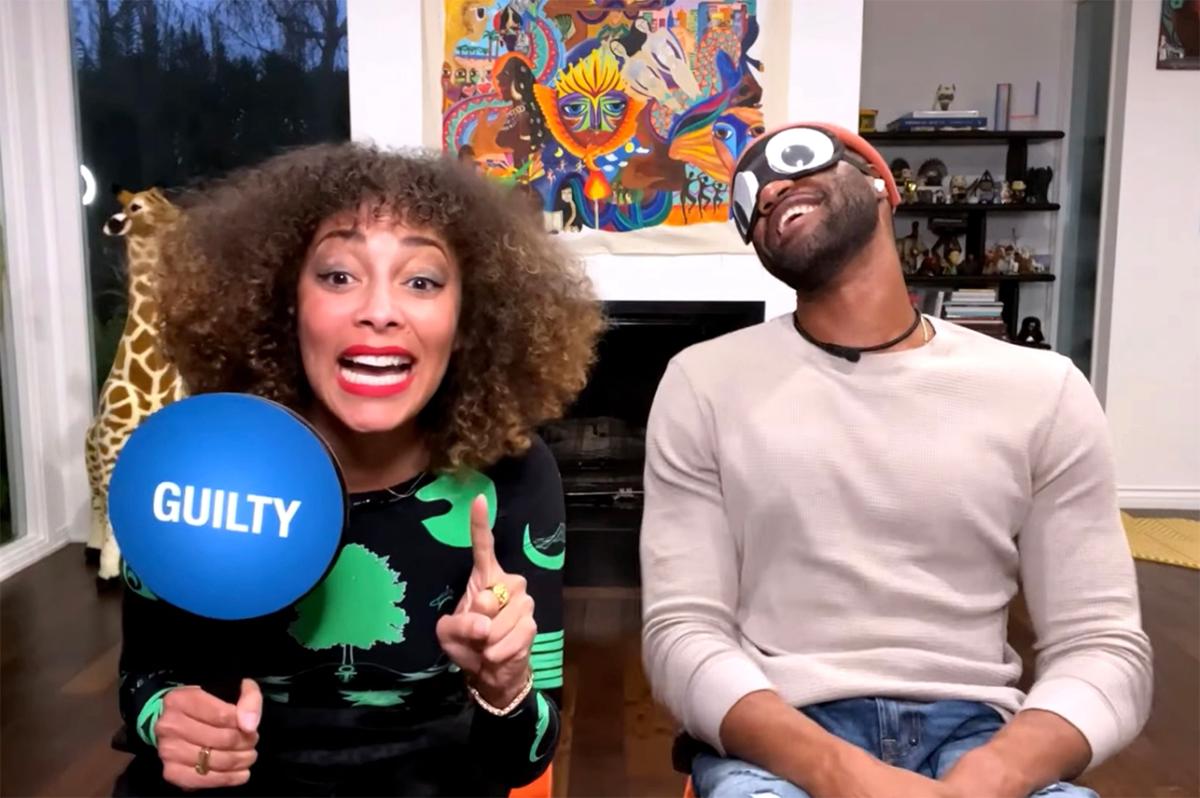 The wildest half-hour on television, Celebrity Game Face, is back tonight with a brand-new season! Hosted and executive produced by comedian/actor/mogul Kevin Hart, this game show (shot entirely from the comfort of everyone’s home) features celebrity pairs, both platonic and romantic, going head-to-head in off-the-wall competitions to vie for the coveted “Hart of Champion” trophy and money for the charity of their choice. This season’s contestants include Julie Bowen, DJ Khaled, Taran Killam, Niecy Nash, Wayne Brady, Gabriel Iglesias, The Bella Twins, Morris Chestnut and many more.

There’s no better way to heighten anticipation for tonight’s festivities than by watching this exclusive clip from the premiere of Celebrity Game Face Season 3. In this snippet, comedian Amanda Seales and her bestie, Emmy nominee James Bland, are facing off against pals Cedric The Entertainer and Tichina Arnold and married couple Morris Chesnut and Pam Byse. Host Kevin Hart asks Seales and Bland to play a rip-roaring game of “Guilty as Charged,” which involves James deducing whether Amanda is guilty or innocent of a handful of “dirty secrets.”

The questions start off innocuously enough: Was Amanda guilty of using the carpool lane when she was the only one in the car? Was Amanda guilty of saying a friend’s baby was beautiful when she knew in her heart that the baby was homely? Spoiler alert: she was guilty of both! However, the game gets spicy when Hart issues his last accusation: Was Amanda guilty of making a homemade sex tape? While he was hesitant before, Bland immediately says “guilty” which sends Seales running off camera in hysterics, knowing he’s correct. While the group is shocked—especially Arnold—Seales and Bland are just thrilled they got another answer right!

Ruben Randall - September 26, 2021 0
Actress
Green Arrow And The Canaries may never have gotten off the ground, but it looks like Mia Smoak is back, baby! That’s right,...