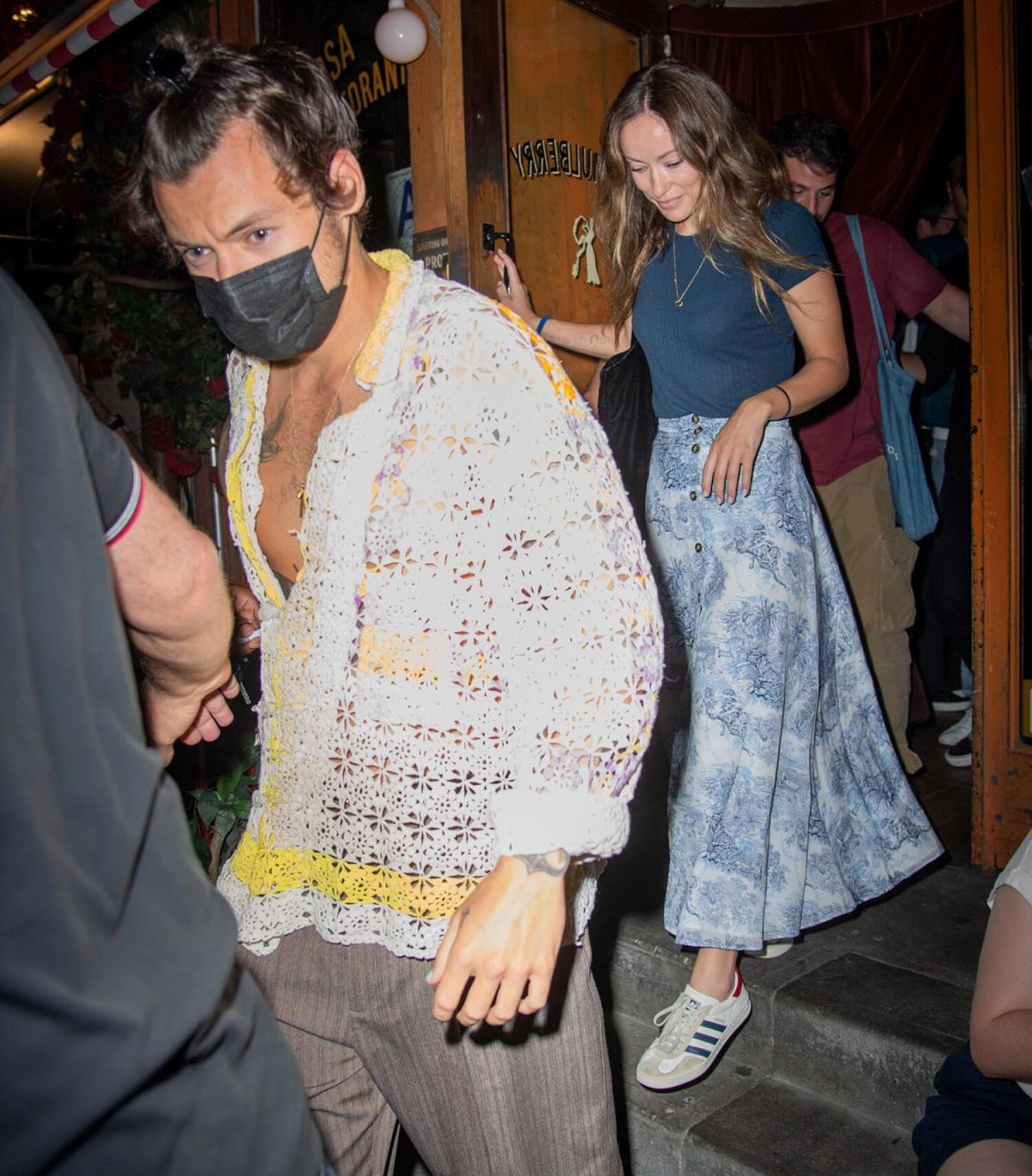 Harry Styles and Olivia Wilde are taking on the Big Apple!

Ahead of his 15 nights of performances at Madison Square Garden, Styles, 28, was seen with Wilde, 38, in New York City on Thursday, as his Love on Tour 2022 continues its North American leg.

The stars were seen strolling separately during the day, before reuniting for dinner at Rubirosa in Manhattan.

Both Styles and Wilde kept it casual during their solo strolls, with the “As it Was” singer seen wearing an orange sweatshirt with the logo from his beauty brand, Pleasing, paired with athletic shorts, sneakers, a backwards baseball cap and sunglasses.

The Don’t Worry Darling director was also low-key, wearing a neutral tee, jeans and sunglasses for her walk. 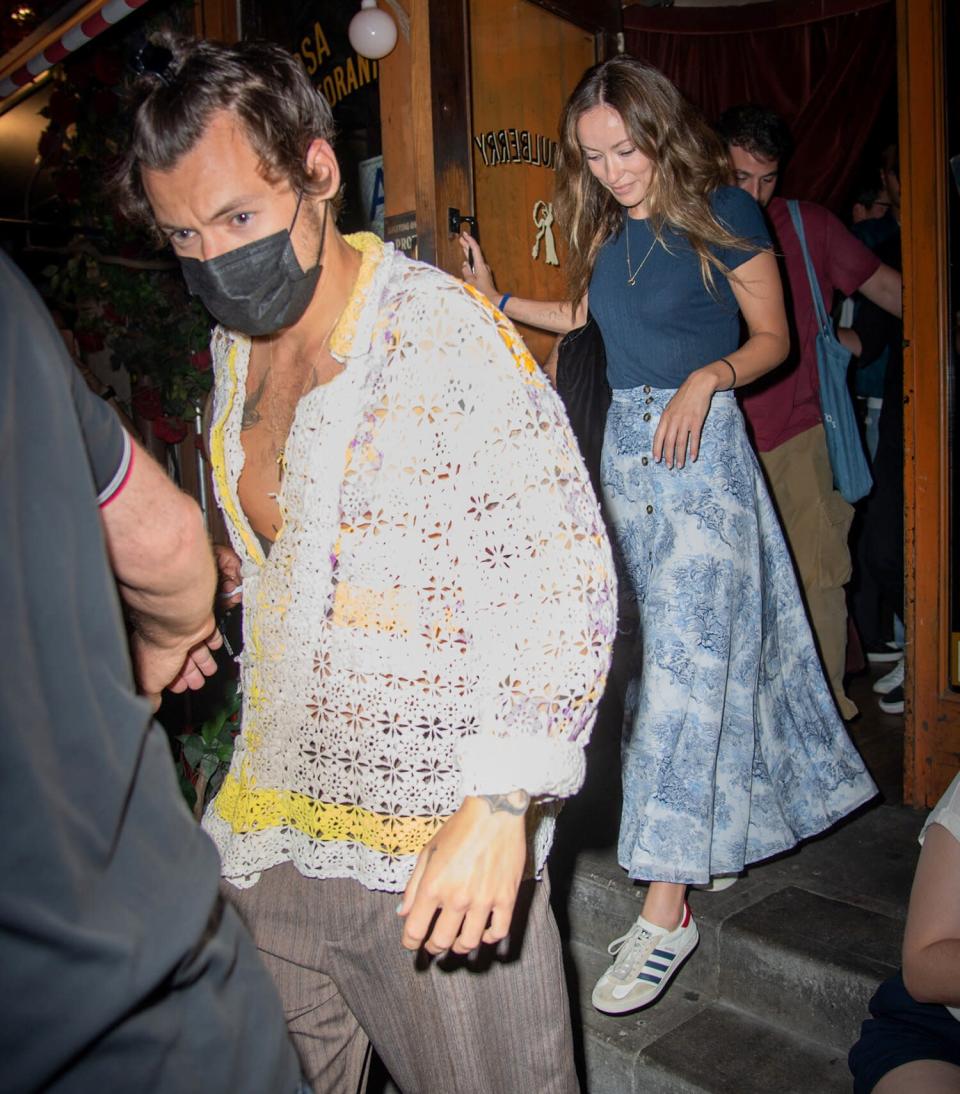 Later that evening, the couple was seen leaving the Italian restaurant in Lower Manhattan together. Styles stepped out in a white eyelet top and brown pants, his hair pulled back in a clip, while Wilde wore a navy blue top with a blue floral midi skirt and sneakers.

RELATED: Texas State University to Offer a Class on ‘Harry Styles and the Cult of Celebrity’ in Spring 2023 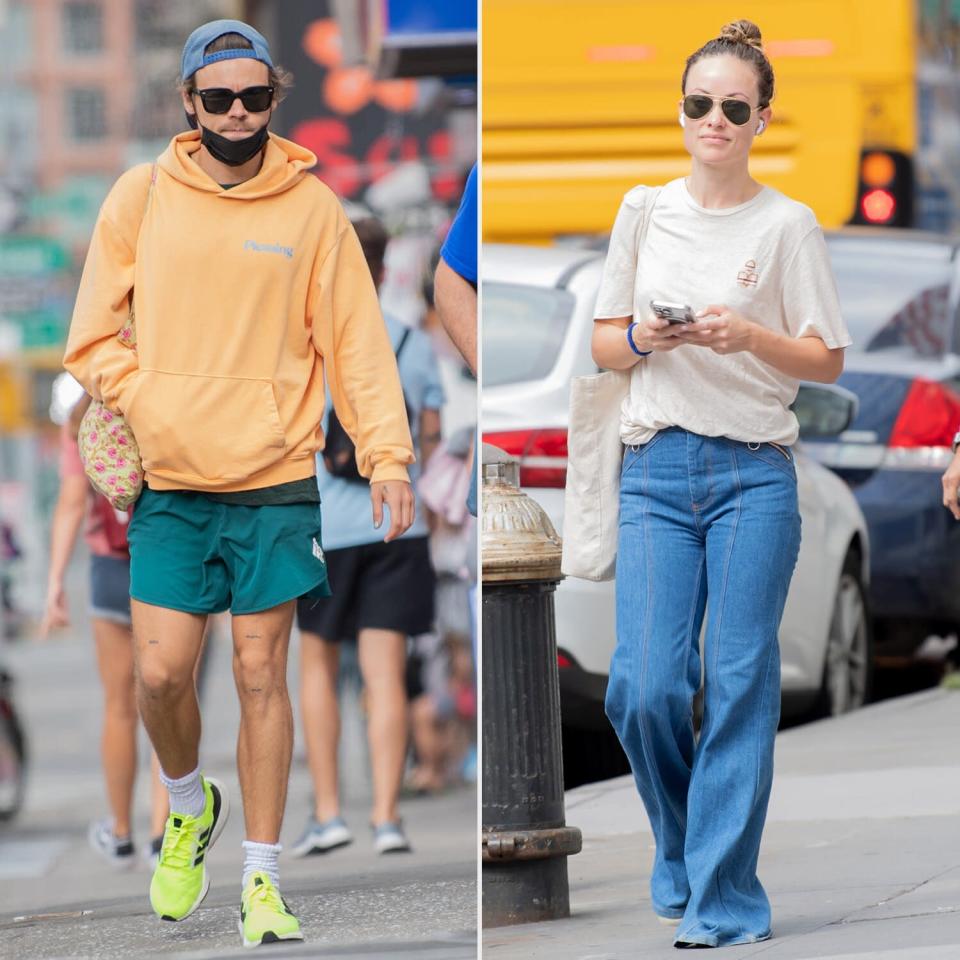 EXCLUSIVE: Harry styles and Olivia Wilde step out on separate paths in the city as they are both seen walking around New York City

Styles and Wilde met on set of their upcoming film, Don’t Worry Darling, in September 2020, which casts the former One Direction member alongside Florence Pugh. Months later, the two made their public debut as a couple at a wedding in January 2021.

A source told PEOPLE in May that the stars are “more serious than ever” about their relationship.

Since they were first linked, the couple has been “finding ways to make things work” amid busy schedules for both,” the source said at the time.

Styles has been busy touring Europe this summer following the release of his third solo album, Harry’s House, on May 20. He kicked off his North American shows by playing two nights at the Scotiabank Arena in Toronto before his 15 night stint at Madison Square Garden, with performances set from Saturday through September 21.

Later this fall, he will play multiple nights in Austin, Chicago and Los Angeles.

While on tour late last year, Wilde frequently showed her support for the “Golden” singer. She attended his first show in Las Vegas on Sept. 4, and was spotted at multiple concerts following.

“She was so happy and dancing all night!” an eyewitness told E! News at the time. “It was very cute. She was singing along to almost every song and having a good time with the people she was with.”

MAIN CHARACTER ENERGY, Songs From the 2000s, is Coming to 54 Below in September

Ruben Randall - June 21, 2022 0
TV/Movies
TEEN Mom Kailyn Lowry has fans thinking she is pregnant with her fifth child after she drops another clue. The mother-of-three recently debuted her new...