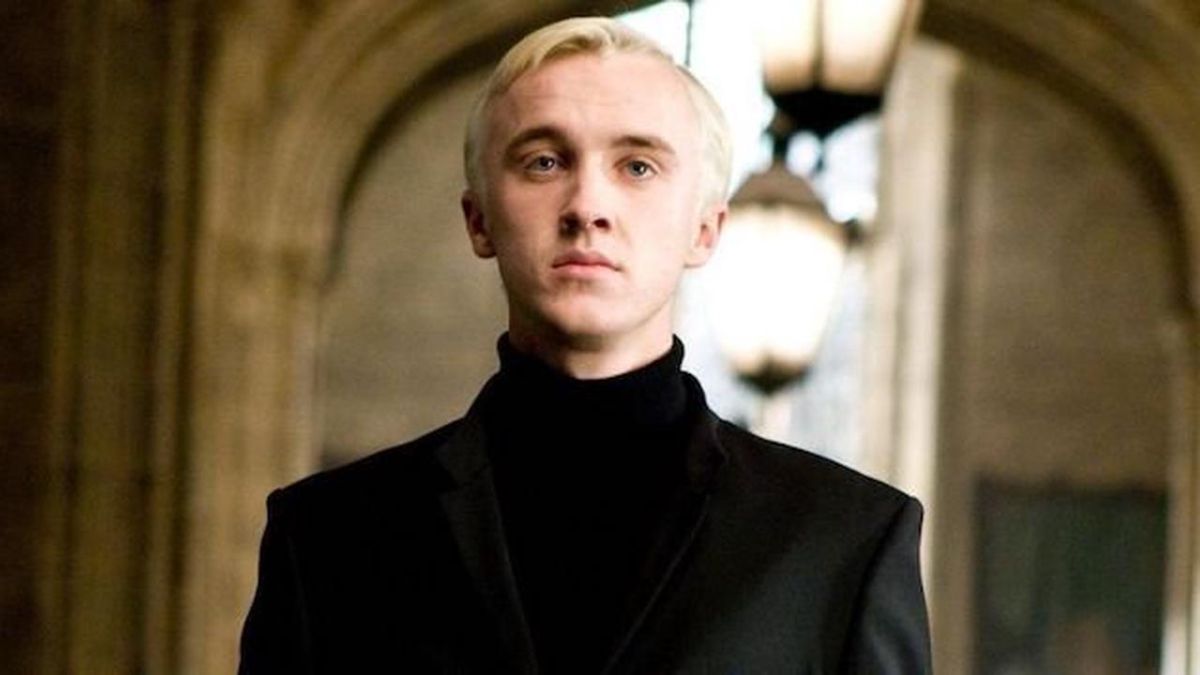 The Harry Potter franchise has been entertaining audiences of all ages for decades now. After J.K. Rowling’s novels became a hit, the eight-film franchise helped to really cement the Wizarding World’s place in pop culture. The movies also made household names out of the young stars, including Draco Malfoy actor Tom Felton. And the lifelong Slytherin recently revealed how he and Harry Potter actor Daniel Radclife would like to work with each other again in the future.

Tom Felton and Daniel Radcliffe appeared in all eight Harry Potter movies, and recently reunited on camera for HBO Max’s Return to Hogwarts special. Growing up with each other on film sets no doubt bonded the two actors in a unique way, and it would be thrilling to see them back together on the big screen. Felton recently spoke to Digital Spy, and revealed the way he’d like to have a Draco/Harry reunion someday. As he put it,

We all talk about doing something again in all different ways, Daniel and I have often joked about the idea of when we do work together again, he’ll be the villain and I’ll be the hero.

Honestly, sign me up. I don’t care what type of movie it is, fans would no doubt be delighted to see the two Harry Potter alums switching archetypes for a big screen reunion. While Daniel Radcliffe has been able to flex his villain muscles a few times throughout his career, it hasn’t been opposite fellow Hogwarts student Tom Felton. At least, not yet.

It’s touching to see how the connections and friendships made between the Harry Potter cast members have endured in the years since The Deathly Hallows – Part 2 hit theaters back in 2011. As previously mentioned, these relationships recently took the spotlight in Harry Potter 20th Anniversary: Return to Hogwarts on HBO Max. The reunion event brought together the cast of the beloved franchise, who were able to look back on their time at Hogwarts with a new perspective. That includes Daniel Radcliffe himself, who got to reconnect with the adult actors like Helena Bonham Carter.

Of course, there is already one project that fans of the Wizarding World would like to see Tom Felton and Daniel Radcliffe star in together. Namely a film adaptation of the stage plays Harry Potter and the Cursed Child. The story focuses largely on Draco and Harry’s sons, but also features adult versions of the original cast. That includes Draco, Harry, Hermione, Ginny, and Ron. And as such, some fans are hoping to see the movie cast back in those iconic roles sometime in the future.

But it’s unclear if this fan theory will ever actually come to fruition. The cast has given a variety of different responses to the idea of a Harry Potter and the Cursed Child movie. While some are down to rejoin the franchise eyears down the road, others think it’ll never happen. We’ll have to see, but a movie adaptation seems like an inevitability, even if a new cast is selected.

The Wizarding World most recently hit theaters with Fantastic Beasts: The Secrets of Dumbledore. Be sure to check out the 2022 movie release dates to plan your next movie experience.