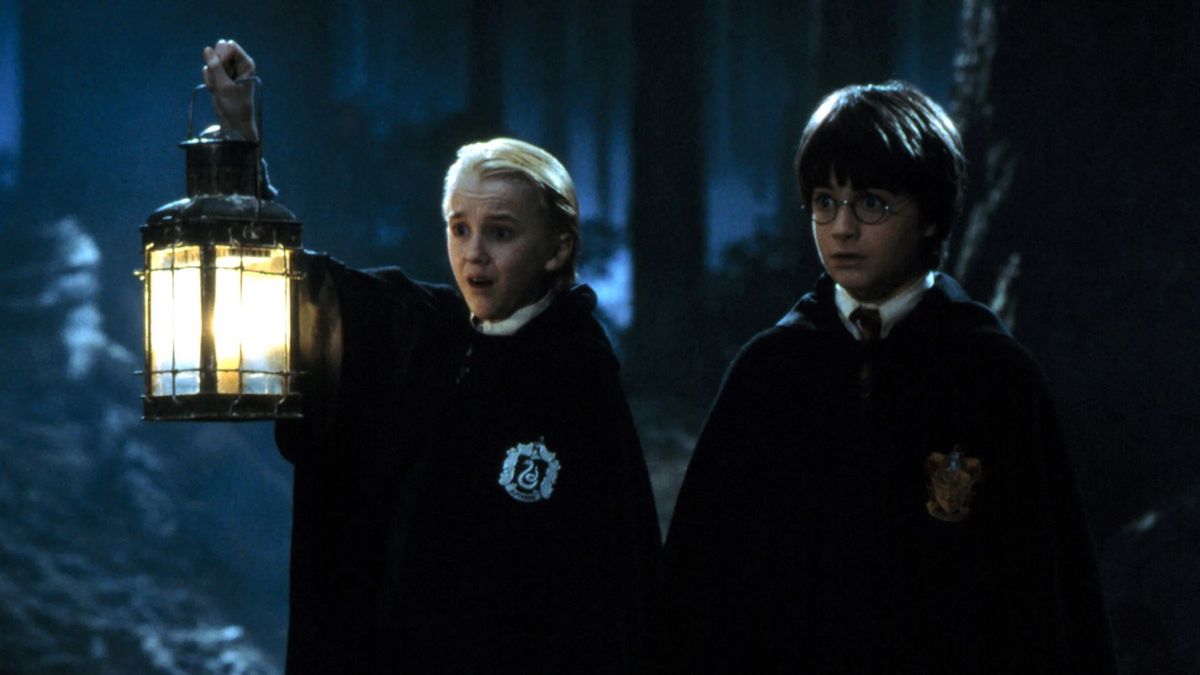 While we know all too well  that Harry Potter and Draco Malfoy often didn’t get along at Hogwarts, how were things for the actors who played them? Well, Tom Felton recently shared that he considers Daniel Radcliffe from the Harry Potter movies a “brother” in real life. The actor also shared what it was like working alongside his co-star on set and explained why he admires Radcliffe.

Tom Felton reflected on his experience in his iconic movie role, as his memoir, Beyond the Wand: The Magic and Mayhem of Growing Up a Wizard, hits shelves. The actor said this of the current state of his relationship with Daniel Radcliffe:

During an interview on CBS Mornings, the star shared that he doesn’t see Daniel Radcliffe as much as he’d like to, much like the rest of his Potter cast, but will always respect his co-star. When he continued, the Malfoy actor discussed how his friend carried himself on set:

It’s true. Daniel Radcliffe found insane fame at a young age after stepping into the role of Harry Potter. He could have checked out on set but, as Tom Felton mentioned, Radcliffe remained enthusiastic about playing the role, was collaborative with the other actors and grew up to be a professional on the sets of the Potter movies and more. It’s a great compliment from his co-star, who probably knows him better than most due to just how long they worked together.

Surely, the Lost City star helped set the tone for the other actors as the star of the beloved movies, and it clearly rubbed off on Tom Felton. Additionally, Felton remains close friends with many other actors from the franchise, including Emma Watson, who he’s said encouraged him to tell his story, “the whole story,” through his memoir.

And in Beyond the Wand, the 35-year-old actor does not turn away from discussing struggles he’s dealt with throughout his life, including dealing with substance abuse and checking into rehab. Daniel Radcliffe has previously opened up about dealing with alcoholism amidst his Harry Potter fame, and he’s been sober since 2010.

Considering the very unique upbringing the cast of Potter had together, one would imagine they’d need each other’s kinship to deal with it all, and their continued relationships have been great to see. The stars warmly reunited last year for the movie’s 20th anniversary, (which can be viewed with a HBO Max subscription). The group clearly remains close, during the good times and not-so-good times. For instance, they also showed support after the recent death of Robbie Coltrane, who played the role of Rubeus Hagrid in all eight films. Tom Felton shared a sweet Coltrane quote when marking his former co-star’s passing.

While Harry and Draco were often enemies, it’s great to hear Daniel Radcliffe and Tom Felton are like brothers today. Hopefully, the two stars get some time to catch up in the near future.

Tom Cruise flew 300 of his favorite cakes from LA to London as a...