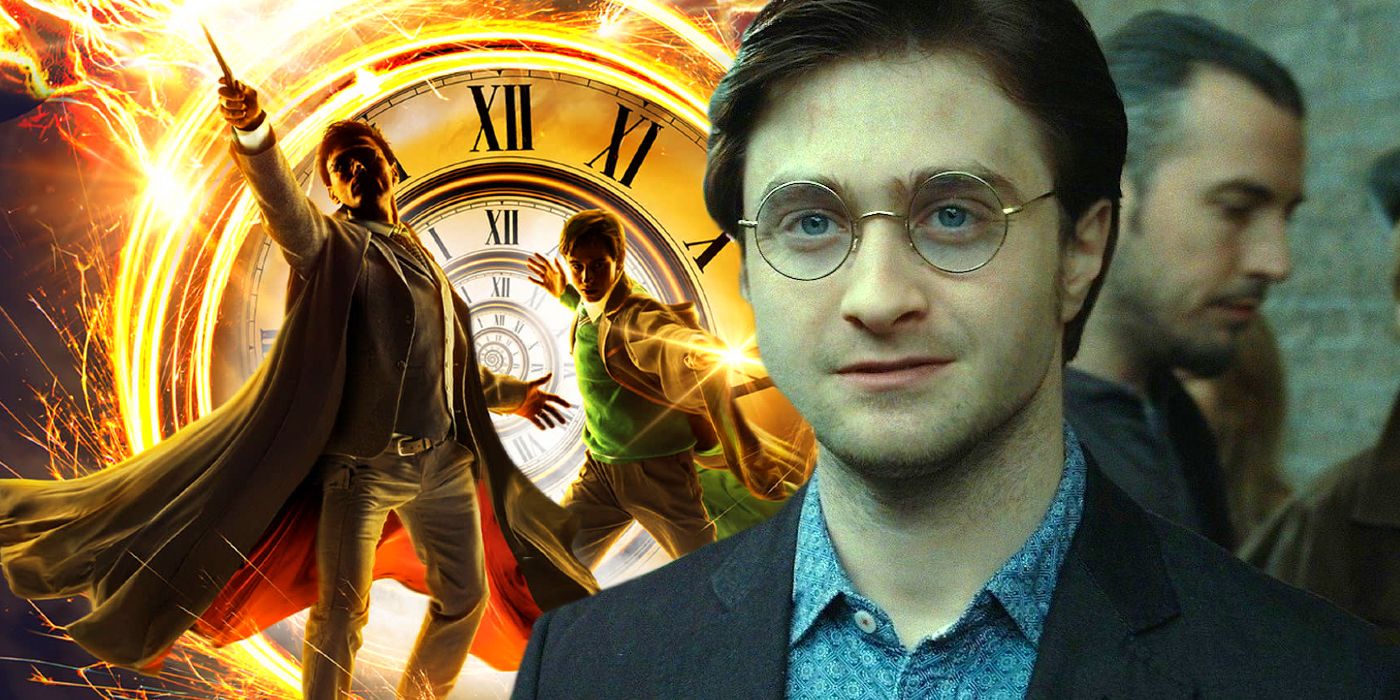 In order for a Harry Potter and the Cursed Child film to be a box office success and embraced by fans, Daniel Radcliffe must return as Harry Potter.

If Daniel Radcliffe isn’t ready to return to the role that made him a star, Harry Potter and the Cursed Child will have to wait. The Harry Potter film series is 20 years old and still one of the world’s biggest and most beloved franchises. While the Fantastic Beasts films try to keep the magic alive for audiences, nothing can compete with a trip back to the enchanted halls of Hogwarts School of Witchcraft and Wizardy. As such, a big-screen adaptation of The Cursed Child seems like an inevitability, and in order for that film to meet diehard fan expectations, Daniel Radcliffe’s return as Harry Potter is required.

Harry Potter and the Cursed Child is a theatrical play set 19 years after Harry Potter and the Deathly Hallows. The play follows a new generation of Potters, Granger-Weasleys, and Malfoys as they enter adolescence and their first year at the famed wizarding school. The play is critically acclaimed and has won several Laurence Olivier Awards and Tony Awards, including Best Play. In addition to the play’s success, the script’s printed edition is a best seller, with 4 million copies sold in the first week alone. The play begins at the memorable epilogue of the final film, in which an adult Harry and Ginny Potter see their son Albus off to his first day of school, where he develops a deep friendship with Scorpius Malfoy. Together Potter and Malfoy eventually plot to use Harry’s Time-Turner to travel back in time and prevent the death of Cedric Diggory. They aim to do this along with the help of a mysterious girl named Delphi, who is serving as a caretaker for Cedric’s elderly dad Amos and claiming to be his niece.

Related: Everything We Know About Harry Potter & The Cursed Child Movie

Chris Columbus, director of the first two films in the Harry Potter franchise, is interested in directing a film adaptation of Cursed Child if the original cast were to return. Unfortunately, Daniel Radcliffe says he is not interested in returning to the role at the moment. With that in mind, it cannot be overstated that any film adaptation that doesn’t include Radcliffe is a guaranteed misstep. Twenty years after the first film’s release, Radcliffe is still synonymous with the bespectacled wizard who navigated the perils of school, puberty, and the resurrection of a certain dark lord with his best friends Ron and Hermione. Radcliffe’s unmatchable chemistry with his co-stars contributes to that massively. Radcliffe, Emma Watson, and Rupert Grint are synonymous with their characters. The Harry Potter films serve as a video yearbook of these young actors growing into their roles throughout the years. This is not like Batman, where any actor can step in with a cape and cowl. The actors fully embody the roles in this case.

Why Harry Potter & The Cursed Child Will Have A Character Problem

This raises the argument that it isn’t just about Radcliffe returning, but all of the original cast members of the Harry Potter films. While Radcliffe, Watson, and Grint are the main three protagonists of the film series, Draco Malfoy, Ginny Potter, Minerva McGonagall, and Albus Dumbledor are all predominately featured in Cursed Child and also highly associated with the actors who portray them. Even more problematic, there are scenes featuring Severus Snape, who was portrayed in the films by iconic actor Alan Rickman, who passed in 2016. Rickman brought the complicated and morally ambiguous Snape to life and made him the incredibly divisive character whose integrity is still debated today. It is unlikely that recasting Snape would be met without protest.

In order for Cursed Child to be successful, it needs a quality story featuring familiar and beloved characters. With a slew of prestigious awards attached to it, Cursed Child is a story worth telling, but casting anyone other than Radcliffe, or his original co-stars, would rob the story of the authentic portrayal it deserves. If that means waiting to film a Harry Potter and the Cursed Child adaptation until Radcliffe and his colleagues are ready, then so be it.

What Each Movie Batsuit Reveals About Its Director’s Batman Vision

Money Spent by $450 Million Net Worth Arnold Schwarzenegger Once Amazed Tax Experts After...

Dave Franco On Why There Had To Be As Much Comedy As Horror In...

OILERS NOTES: Holland to give Carter Savoie time to celebrate before...