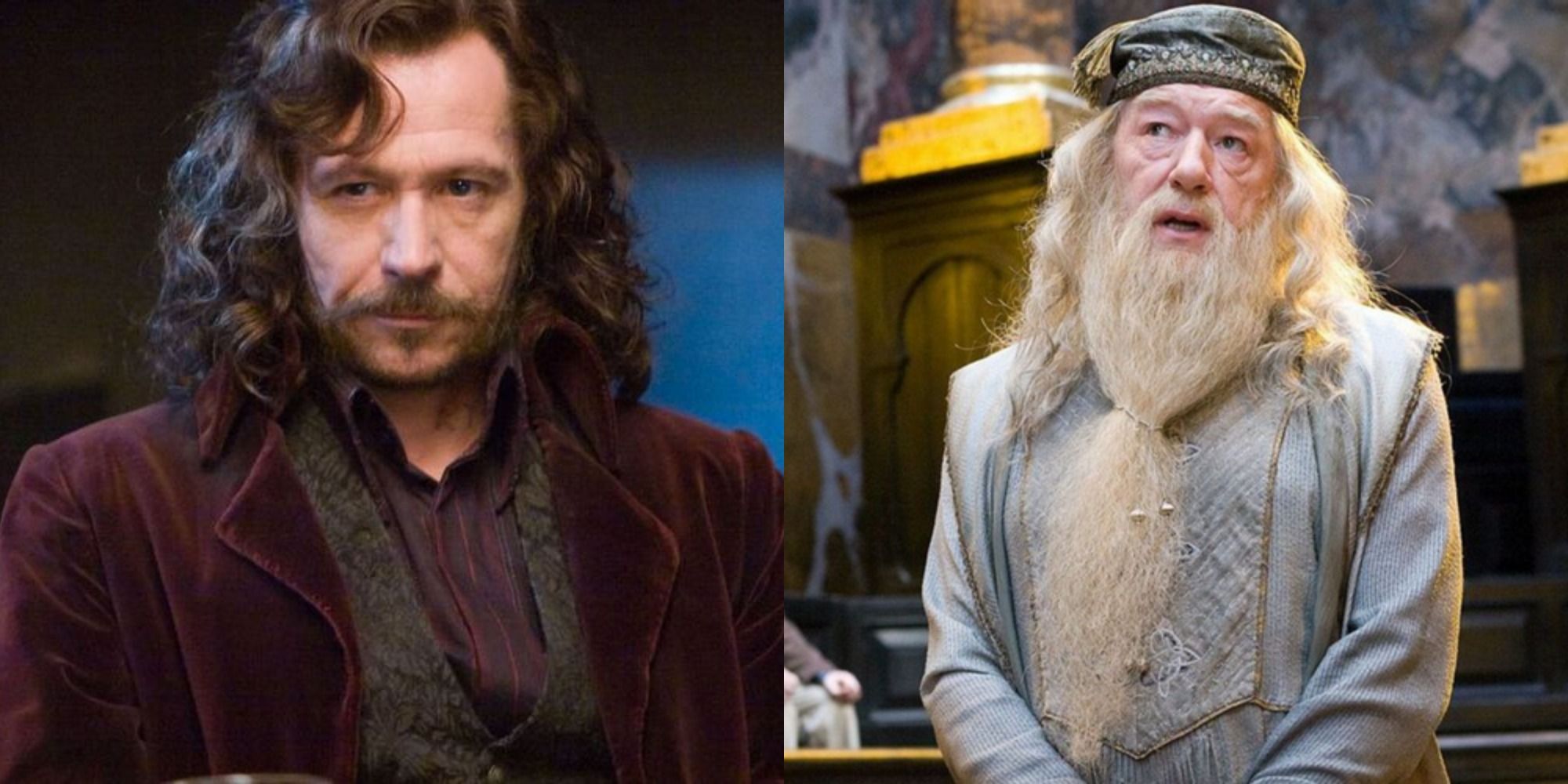 With Harry Potter’s 20th Anniversary and the highly anticipated reunion making headlines, it’s time to step back into the Wizarding World and revisit some of the more daring characters that graced us on the big screen and take a look at whose Gringotts Vaults are overflowing with the most gold.

Since the formation of Hogwarts, the wizarding school has been divided. While it may seem like Slytherins are the students known for being uptight, upper-class, and yes, rich, that isn’t the case. The Malfoys, in particular, certainly help to uphold these beliefs and while the ambitious and cunning students of Hogwarts seem to have an eye for gold, they aren’t the only ones.

Brave and chivalrous, it’s no secret that Gryffindors pride themselves on their selfless desire to help others. But what goes around comes around and maybe there is in fact reward for these do-gooders. Whether through their own accomplishments or family inheritance, some witches and wizards prove that there is an economic divide even in the Wizarding World.

While this may seem like a surprising entry due to The Weasleys’ renowned lack of wealth, their place has been rightfully earned through their own makings as Fred and George managed to make quite a decent profit before the climax of the Second Wizarding War. Taking Harry Potter’s unwanted Triwizard earnings of 1,000 Galleons, the two chaotic pranksters opened up their very successful joke shop: Weasley’s Wizard Wheezes, turning the twins from mischievous students to rich and successful businessmen due to the Diagon Alley shop’s popularity among students. Although it had to close during the war, after Fred’s death, George reopened the shop and continued to run the business alongside Ron.

After her unsuccessful date with Harry to the Yule Ball, Parvati and her twin sister Padma became members of Dumbledore’s Army. What is less well known about the two is that prior to Hogwarts, the sisters were friends with Slytherin student Pansy Parkinson. Due to Parkinson’s family being a part of the Sacred Twenty Eight, a collection of powerful Pureblood families and their own wealth, it can be inferred that the Patils were likely a wealthy, respected, and most likely Pureblood family themselves to have held such a connection with an arrogant upper-class family such as the Parkinsons.

While not all Pureblood families were rich, many of them were, with a wealthy inheritance passed down through the generations alongside their extraordinary magical abilities. The Longbottoms, another family that was part of the Sacred Twenty Eight, were wealthy enough to be respected among the other Pureblood families – despite their differing beliefs. And if the clothing worn by Neville’s terrifying grandmother (or a boggart Snape dressed as his grandmother) is anything to go by, then Neville was certainly well off during his time at Hogwarts. While it can be noted that Neville owned a second-hand wand, this was inherited from his father Frank Longbottom, and was likely more treated as an heirloom as opposed to any issues with wealth, as once it was broken during the Battle of the Department of Mysteries, it was easily replaced with a new one.

Growing up, Dumbledore was certainly not living a life of luxury, with his father being imprisoned in Azkaban. But due to his extraordinarily long life and his work as not just Headmaster of Hogwarts but also working as the Chief Warlock of the Wizengamot and as Supreme Mugwump of the International Confederation of Wizards, Dumbledore would have earned his fair share of gold throughout his time due to these highly influential and therefore highly paid positions.

Related: 10 Unpopular Opinions About Dumbledore (According To Harry Potter Reddit)

His modest lifestyle also seems to hint that he wasn’t in the habit of overspending his earnings, meaning that Dumbledore would have held quite a few Galleons in his Gringotts Vault.

While not much is known about the kind of lifestyle that the Gryffindor founder led, he was a respected Wizard, not just for his dueling skills, but for his large contribution to the creation of Hogwarts. Opening up one of the world’s biggest Wizarding Schools would have taken no small amount of funding and while it can be expected that the other founders, namely Salazar Slytherin, would have also put in their share, Godric’s chivalrous and kind nature hints that a fair contribution would have come from himself in order to get Hogwarts up and running. His time as a professor there and his following fame would also help put a few more Galleons to his name. It is also likely that he would have been rewarded in his duels by payment of Galleons and with his renowned skills as an expert duelist, Godric Gryffindor would have lived very comfortably.

Getting collected into Horace Slughorn’s Slug Club in the Golden Trio’s sixth year, Cormac comes from a wealthy and highly influential family. His father along with his uncle Tiberius is said to be close to the then-Minister of Magic, Rufus Scrimgeour – even going on hunting trips together. This kind of relationship and respected position in the Ministry makes it clear that the McLaggens are a wealthy and very upper-class family, meaning Cormac has grown up very comfortably, to say the least.

Before his passing and his own wealth was given to Harry, James Potter had inherited his own small fortune from his father, Fleamont Potter. Fleamont Potter, Harry’s paternal grandfather, was born into the already wealthy Pureblood wizarding Potter family but after developing Sleekeazy’s Hair Potion, the family wealth quadrupled. Retiring, Fleamont sold the company, amassing even more gold which was then eventually passed onto James Potter, so his legacy nicely set up the Potter’s for a comfortable life of luxury (until the Dursleys came along of course).

Nearly Headless Nick, or to call him by his full name: Sir Nicholas de Mimsy-Porpington, would likely have been very wealthy. If his name in itself doesn’t imply enough, this resident Hogwarts ghost, prior to being headless, was a Sir, and therefore knighted. This makes him likely to have been a wealthy landowner and person of rank as well as a wizard of the Royal Court. So after his eventual death in 1492, it is likely that he left a great legacy of wealth behind him.

Another member descended from the Sacred Twenty Eight, Sirius Black, despite being disowned by the Black family was still a member nonetheless. The Black family, also known as The Noble and Most Ancient House of Black, was one of the oldest, largest, and certainly most wealthy Wizarding households there was.

Sirius at one point even said to Harry that his parents considered being a member of the Black family the equivalent of being royal. After finding himself with the inheritance of the family Estate (the Black ancestral home: 12 Grimmauld Place), and an abundance of wealth, Sirius would have been one of the richest characters in the entire franchise at the time of his death.

While Harry clearly didn’t have much (or more so wasn’t given much) growing up, finding out that he was a wizard also came with the reveal of a bank vault filled with mounds of gold: the inheritance from his father James (and Jame’s inheritance from his own father, Fleamont). While this would have already secured him a place on this wizarding rich list, Sirius Black passed his own fortune to Harry upon his death, meaning that as a teenager, Harry was left with two large fortunes overflowing his bank vault from two of the most powerful wizarding families. Not bad considering he used to sleep under some stairs.

Next: 10 Things That Prove Gryffindors & Slytherins Are Basically The Same


Next
The 10 Best Netflix Original Movies From 2021, Ranked By IMDb

Ruben Randall - April 16, 2022 0
Money
Ah, young love! Actress Millie Bobby Brown and Jake Bongiovi are red carpet official, and they have the sweetest romance. Learn more about her boyfriend, including his age,...