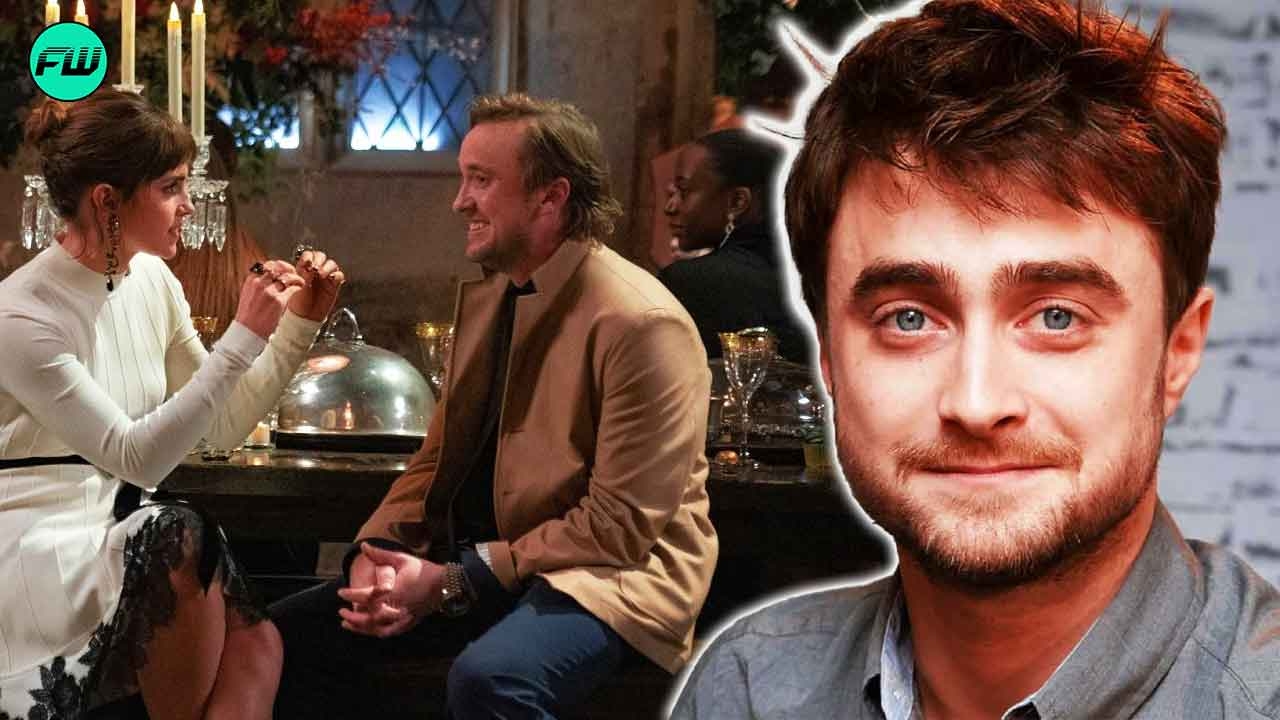 The two characters share rivalry throughout the series. Fans of the film were also divided into groups, just like the film. However, this division was not limited to fans only. Tom Felton has shared that there was a definite division in the early days of filming Harry Potter.

Read More: “That isn’t to say that there’s never been a spark”: Harry Potter Star Tom Felton Reveals His True Feelings For Co-Star Emma Watson as Duo Distance Themselves From J.K. Rowling

Everyone is aware of the rivalry between Harry Potter and Draco Malfoy. Two characters who competed with each other throughout the series. The rivalry was not limited to the characters, it was also between two houses, Gryffindor and Slytherin.

Tom Felton has released a book named ‘Beyond the Wand,’ in which he shared his experience from the set of Harry Potter and his struggles with substance addiction. In the book, he also revealed that in the early days of filming, there was a definite divide based on the Hogwarts houses.

Felton mentioned that once he made fun of Emma Watson on the set. And he still regrets doing it. He said,

“We were just being shitty boys, largely out of awkwardness and because we thought taking the piss was cool, but Emma was visibly upset by our thoughtless reaction. I did feel like a bit of a dick, and rightly so.”

The In Secret actor said even though he apologized to her, it’s still stuck in his memory. He also shared that this may have led his co-stars to hate him. He shared that even though they were in the same film, they did not spend much time together on the set.

He said, “Two cliques that kept their distance from each other, largely because we didn’t spend that much time working together.”

However, both Emma Watson and Daniel Radcliffe have said that they are good friends with Felton. In his book, he also talked about how he got the role in the film and his experience with the rest of the cast of the film. He also shared some of the secrets from the set of Harry Potter.

Tom Felton Shares Secrets From the Set of Harry Potter

In his book, Beyond the Wand, the Origin star also shared some of the secrets from the set. The actor shared that the crew kept them away from the set, until the moment they were to start filming, so that they get a genuine reaction from them.

Felton also mentioned that Daniel Radcliffe used a photo of Cameron Diaz to help him hit his mark while filming Quidditch and other flying scenes.

He also shared that while Radcliffe, Grint, and Emma Watson have their group, he also enjoyed his time with his fellow Slytherin, Josh Herdman, and Jamie Waylett. The Rise Of The Planet Of The Apes actor shared that they got into a lot of hijinks and even recorded some rap songs that still exist.

Tom Felton was last seen in Save The Cinema and made his West End theatre debut in London with the play 2:22 A Ghost Story. He published his book Beyond the Wand: The Magic and Mayhem of Growing Up a Wizard on October 13, 2022. The book is available on Amazon.

Read More: “I don’t really have much time for this”: Harry Potter Star Tom Felton Distances Himself From J.K. Rowling For Her Anti-Trans Stance, Proves He’s a Real Gryffindor

Revolver by The Beatles has just been remixed and re-released — but is it...