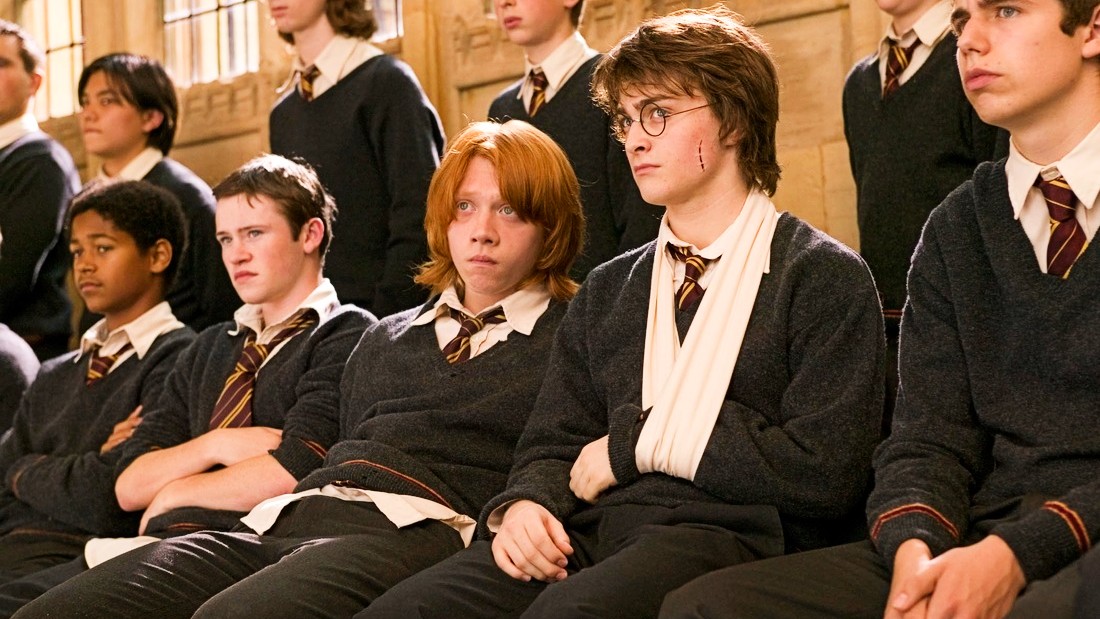 By Chris Snellgrove
| Published 5 hours ago

At this point, it’s fair to say that attempts to expand the Harry Potter franchise have been something of a mixed bag. While fans flocked to watch the play Harry Potter and the Cursed Child and continue to flock to Universal Studios to immerse themselves in this famous wizarding world, the high-profile Fantastic Beasts films have not been nearly as successful as Warner Bros. hoped, and most of the buzz generated by those movies concerned things like casting drama (much of that centered around drama magnet Johnny Depp). Now, the next best hope to keep this franchise thriving is the upcoming Hogwarts Legacy video game (releasing on consoles and PC on February 10), and The Direct reports that Luke Youngblood, who played  Gryffindor student Lee Jordan in the iconic Harry Potter movies, will voice a character in the game named Everett Clopton.

What is Hogwarts Legacy all about? Rather than taking place in the more contemporary setting we are familiar with, this game takes place in the 1890s, letting you customize your own fifth-year student character who, like Harry Potter himself, will become the center of major mysteries and adventures. While the setting of the game means we are unlikely to see any familiar faces outside of the long-lived Dumbledore, many fans are excited to play a game where they can visit iconic Harry Potter locations such as Diagon Alley, the Forbidden Forest, and even Hogsmeade.

This upcoming Harry Potter game is fully-voiced, and the biggest name is most definitely genre legend Simon Pegg. However, superfans of the original movies are quite excited to see a movie alumnus like Luke Youngblood returning to the franchise. While he played a Griffyndor before, the game has Youngblood voicing a half-blood Ravenclaw character who (in a seemingly most non-Ravenclaw fashion) is known for performing pranks and being a bit of an underachiever (if he was born a century later, he’d probably be best friends with Fred and George Weasley).

Of course, while Luke Youngblood is a welcome addition to the video game, the fact that he is the only returning actor from the franchise may have you wondering why we aren’t seeing more familiar faces. Why, for example, do we not have any characters voiced by Daniel Radcliffe, Emma Watson, or Rupert Grint? While some of the better-known original cast were likely just busy or otherwise not interested, this likely has more to do with the ongoing drama surrounding Harry Potter creator J.K. Rowling.

Since 2020, Rowling has become known as a prominent anti-trans voice, doing everything from tweeting out problematic TERF sentiments to sticking up for Maya Forstater, a tax specialist who ultimately lost her job over transphobic tweets. As a result of this, there was intense fan backlash against Rowling (the Harry Potter fandom notably includes many LGBTQ+ fans), and this led to Daniel Radcliff, Emma Watson, Rupert Grint, and even Fantastic Beasts star Eddie Redmayne all releasing statements of support for the trans community.

Many fans are encouraging a boycott of Hogwarts Legacy because they don’t want to do anything to financially support Rowling, and it seems quite likely that most of the major Harry Potter stars are now ironically avoiding anything attached to Rowling because she has become too toxic for the brand that made all of them famous to begin with.

Not Arnold Schwarzenegger, His Eldest Son Named These Millionaire Actors as His Favorite in...